Written by SumoMenkoMan at 11:32 AM
Greetings APTBNL! I have been a long-time reader, but Matt recently welcomed me aboard to start opening up some Japanese card packs and sharing them here.  I am a sumo wrestling card fan at heart, but love to branch out into other Japanese card genres.  I hope you enjoy.

First up is a pack of 2017 BBM Baseball - 1st Version (Series 1).  This is a typical beginning-of-season release from BBM that came out the first part of April.  There are 336 cards in the base set with 6 insert sets: Cross Squall, 3D Cross Squall, Hyper Nova, Rookie Card Reprint, Memorabilia Cards, and Autograph Cards.  Also included are foil-stamped parallels of certain players which are numbered.  I am not an expert by any means on Japanese baseball and really only follow Brandon Laird of the Fighters so any assists would be welcome.  There are 20 packs per box and 10 cards per pack so let's open a pack. 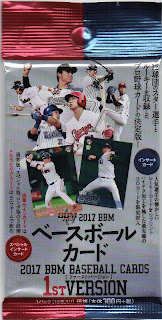 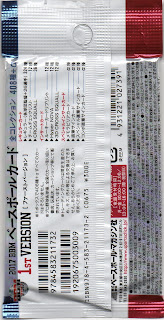 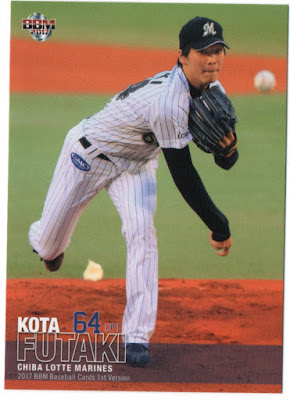 Pack Position 2: #312  Masahiko Morino...a former Olympian and almost as old as I am...although I'd like to think I aged better than he has.  Maybe that is a sign of old age when you think younger people actually look old.  A solid .277 career hitter all with the Dragons...this loyalty hardly happens anymore on this side of the ocean. 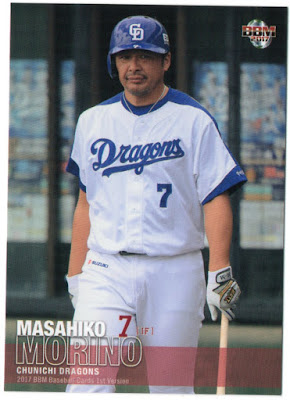 Pack Position 3: #CS30 My first insert....a Cross Squall card of Shun Takayama of the Tigers.  A first-round draft pick and a hot commodity for the Tigers. 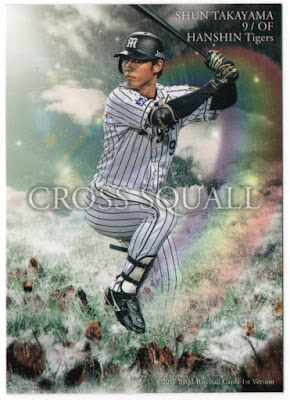 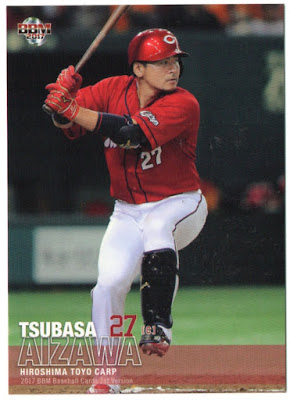 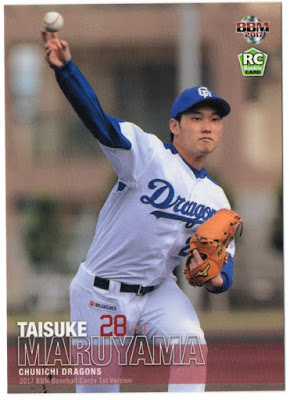 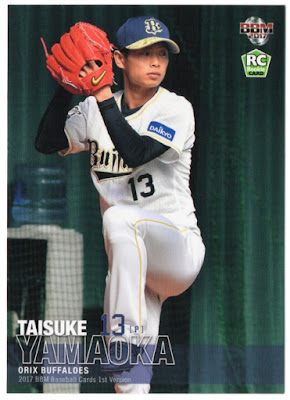 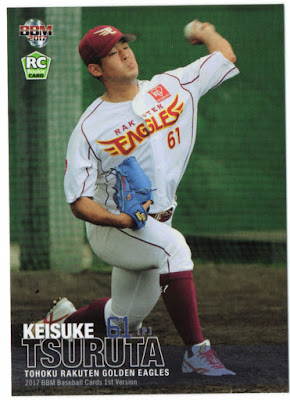 Pack Position #8: #013 Kensuke Tanaka Gold-Foil Stamp parallel.  My best pull from the pack.  This has a matte finish on the front and is a little stiffer material than the regular card.  It is stamped #015/100 on the back.  Kensuke is a former MLB player and has a really respectable .284 batting average in NPB action....all with the Fighters except for his short stint in the U.S. in 2014 and 2014. 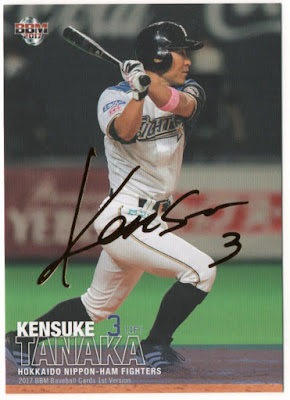 Pack Position #9: #221 Kota Suda of the Baystars.  He seems to be struggling this year as well as the Baystars. 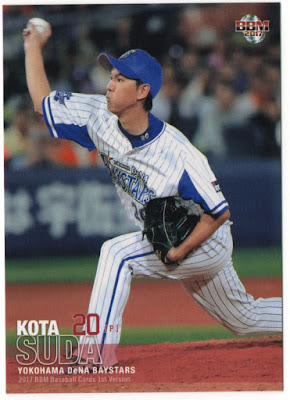 Pack Position #10: #018 Hiromi Oka from up north and teammate of Brandon Laird.  Oka-san, and the Fighters are working at trying to get out of last place in the Pacific Division. 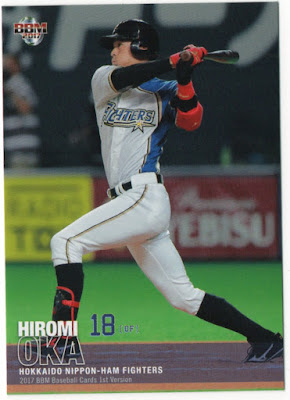 I love to see Japanese cards, and I'm looking forward to future posts!