Written by Mark Aubrey at 3:51 PM
1994 was the year. I had been married just shy of five years. My mind wasn't on soccer. Er, football. Sorry.

The 1994 FIFA World Cup games were held in the United States.  I don't remember them.

Madding wondered what the second pack of the "2 packs for a $1 Buck" was.  This is it. 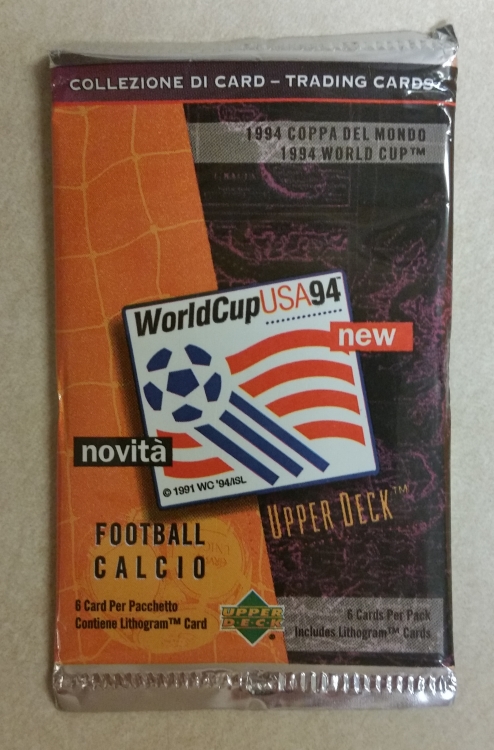 There appears to be some sort of discoloration on the front and backs of these cards.  It is actually where I had to pry them apart.  Almost like they got wet and stuck together. 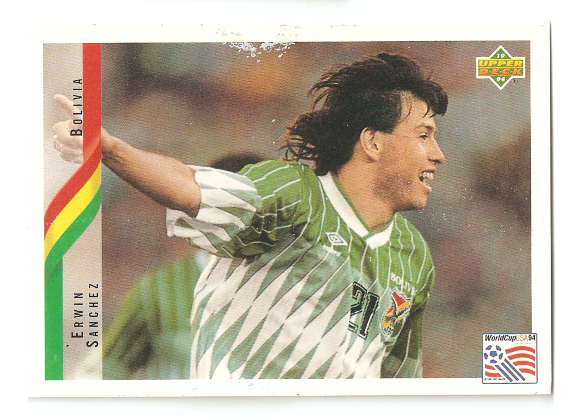 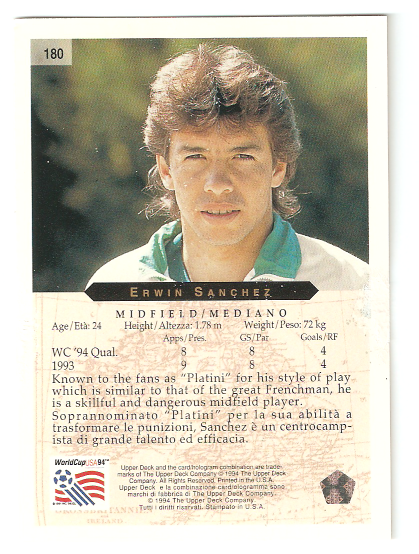 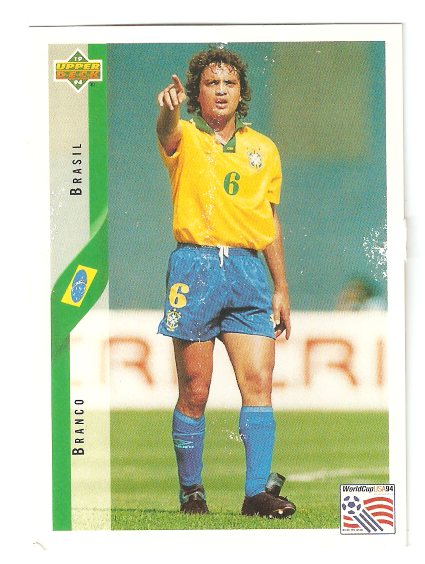 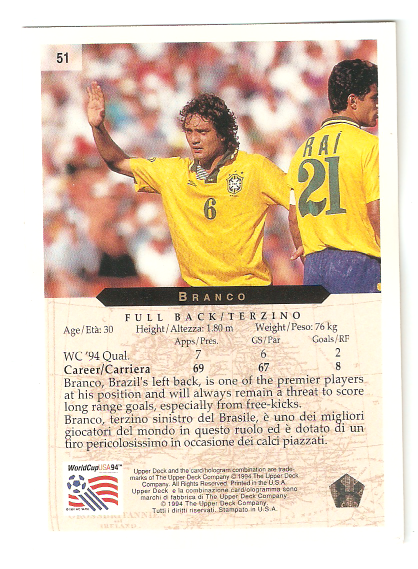 You know you've made it in the soccer world when you have just one name.  Think Pelé.  Or Messi.  Or Branco. 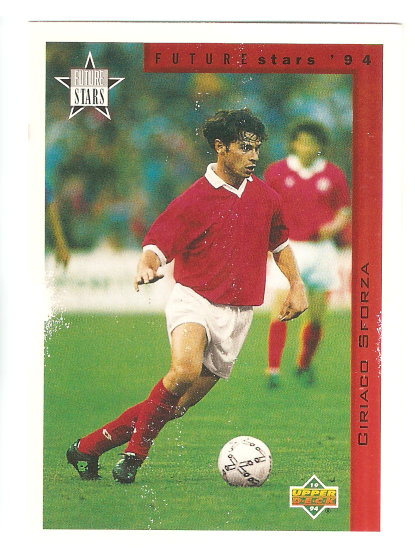 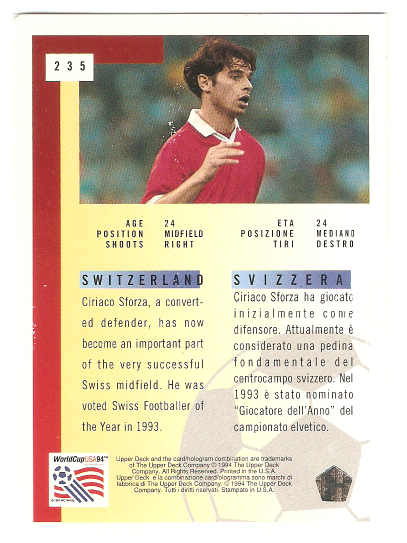 Ah, the mighty powerhouse of soccer that is Switzerland. 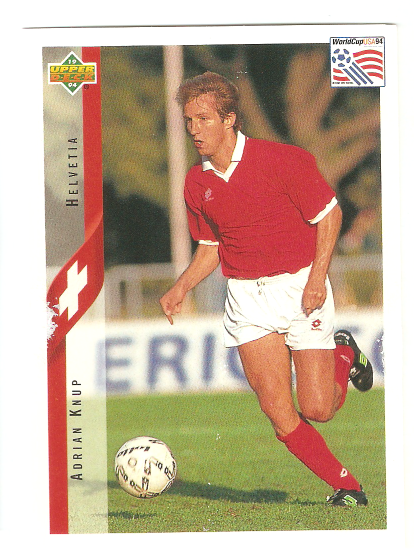 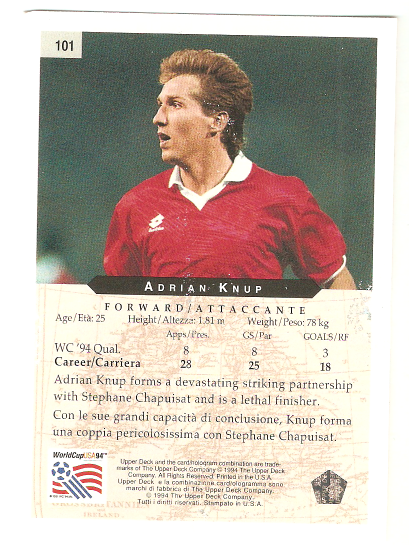 Adrian Knup, from the land of Fonts.  He "is a lethal finisher."  Put that and the White Branco (see above) and it sounds like OJ. 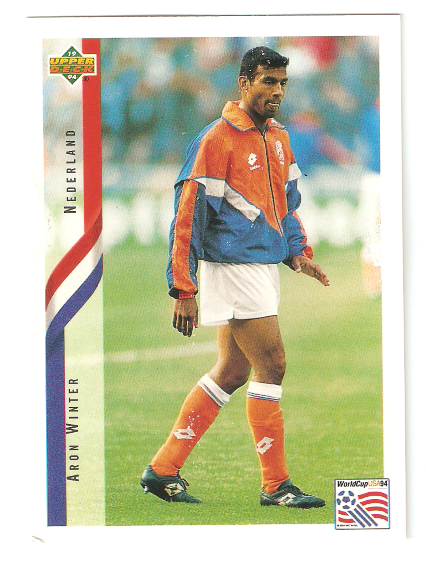 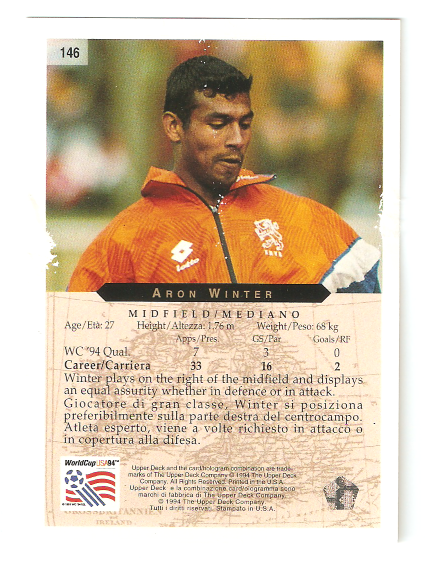 Fun fact about Aron Winter?  He has never been see without his warm up jacket. 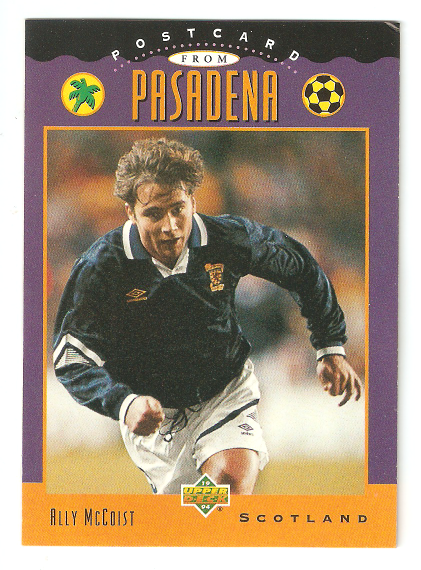 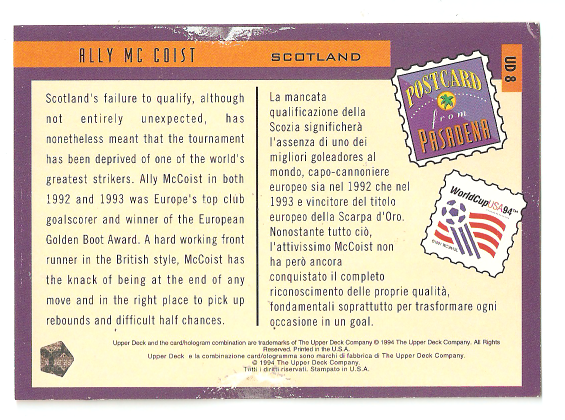 The Rose Bowl in Pasadena is where the final game was held.  Hence the name of the insert set.

A nice mix of action shots and stills.  A plus is a different photo for the back of the cards.  Typical glossy card stock and finish for Upper Deck cards of that era.  I have no clue what a Lithogram card is.

I believe I got a few packs of these back then. I tried to get into soccer. Just couldn't do it.

I didn't bust any of this stuff back in the day, but over the years I've found a few sitting in collections I've purchased. In fact, I'm currently building the 1994 Upper Deck World Cup 'Toons hologram set. If I ever found a box of this stuff laying around at a flea market or card show for a reasonable price, I'd probably grab it.