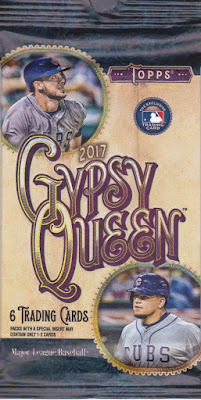 The latest Topps product to hit the shelves in 2017 is Gypsy Queen, which they've rolled out for the 7th consecutive year. This is a product I typically ignore, seeming to be at worst a replacement for the vastly superior Turkey Red and at best desperately trying to cram one more product into America's already bloated card hole. They've had some nice design concepts here and there, mostly with some of their inserts. This set is actually pretty nice looking in that the base cards don't really look like anything they've tried before. 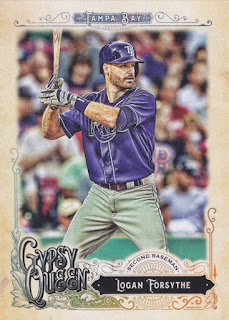 153 - Logan Forsythe - This set is clearly cobbled together early in the Topps calendar, because Forsythe was dealt in the offseason to the Dodgers. Again, I like the design, though the team name sans nickname makes it look a bit like Panini's licenseless offerings. 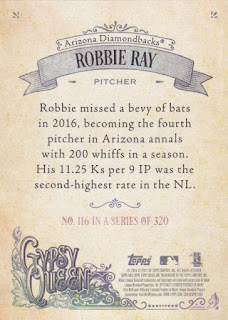 116 - Robbie Ray - The backs aren't bad. Large font size helps the old eyes, though this is also starting to look at bit like what would happen if members of The Decemberists designed a baseball card. 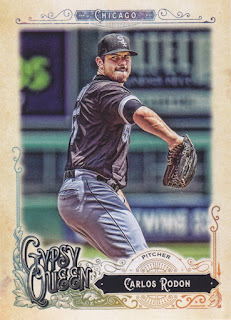 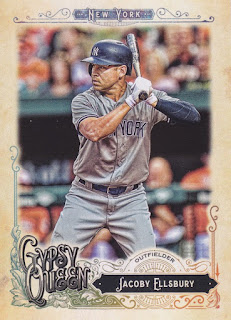 39 - Jacoby Ellsbury - Ellsbury is one of the greatest baseball players to ever come out of the state of Oregon, so it's rough to see people see him as The Contract now, even though I'm far removed from the Yankees/Red Sox rivarly. Still, his 2011 season has to be one of the weirdest one year blips of offensive greatness, on the level of Brady Anderson or something. 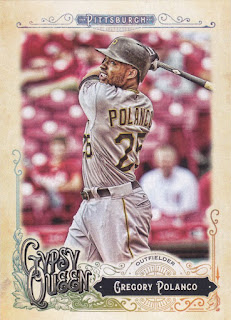 175 - Gregory Polanco - The Pirates outfielder who didn't do steroids or get bent out of shape over getting bumped out of center field. 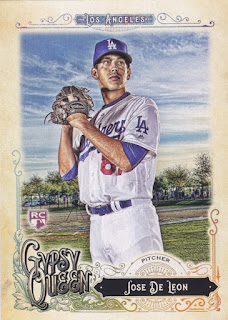 225 - Jose De Leon - In a bit of coincidence, this is the guy that the Dodgers traded to get Logan Forsythe.