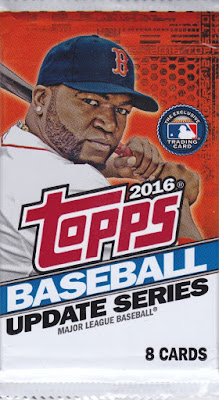 The new baseball season is in full swing, so let's look at some baseball cards! I spent pretty much all of 2016 ragging on Topps for their weak flagship design. This 8 card pack (must be from a blaster) came to me in a repack box, which will make this the first 2016 Topps pack I've ever opened. Enjoy. 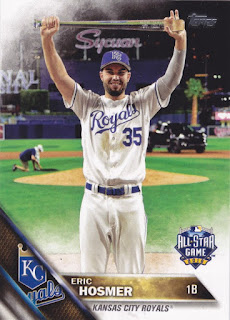 US194 - Eric Hosmer All-Star - Hosmer is holding up his bat like he won something. 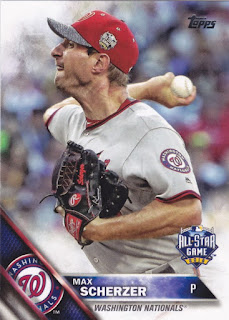 US19 - Max Scherzer - Scherzer has a serious case of pitcher face. 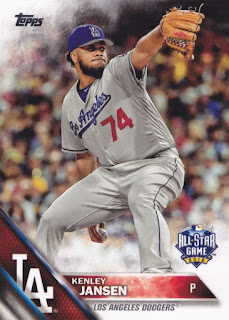 US172 - Kenley Jansen - I can't even remember if I watched the All-Star Game last year. I'm sure the AL won. 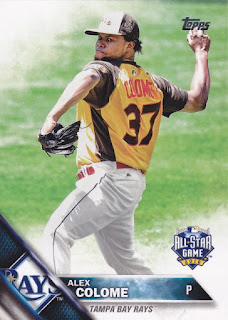 US200 - Alex Colome - Colome is wearing the event jersey and not a game jersey, so he must be warming up or something? Pitching to someone in the Home Run Derby? The back of the card mentions that he didn't appear in the game. 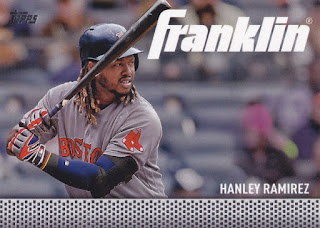 TF-17 - Hanley Ramirez Franklin - Topps treads down a dangerous slope here with a sponsored insert set. It's... not very exciting. 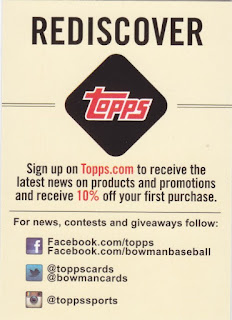 There's a coupon on the back of this, but it's already expired. I do like Topps giving us poor retail buying chumps some coupons, though. 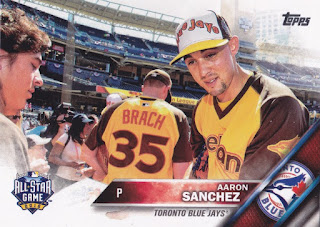 US227 - Aaron Sanchez - Sensing a theme here? It's another All-Star card. Sanchez "worked the fourth inning" but apparently all the cameras were broken. 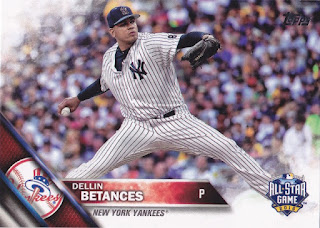 US291 - Dellin Betances - Betances is a 3-time All-Star somehow. I seem to recall that he fell off a cliff after Chapman was traded, but now he's back. Maybe a 4th straight appearance is on the horizon? 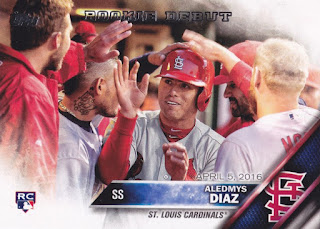 US44 - Aledmys Diaz Rookie Debut - Finally, the first and only non-All-Star card. It's also a subset card, however. Diaz had a fantastic but abbreviated rookie season, and has crushed two HRs so far today. I like him. He's good.

Love all-star game cards! Thanks for the post. I may have to go hunt down some 2016 Update cards.