Written by cynicalbuddha at 12:42 AM 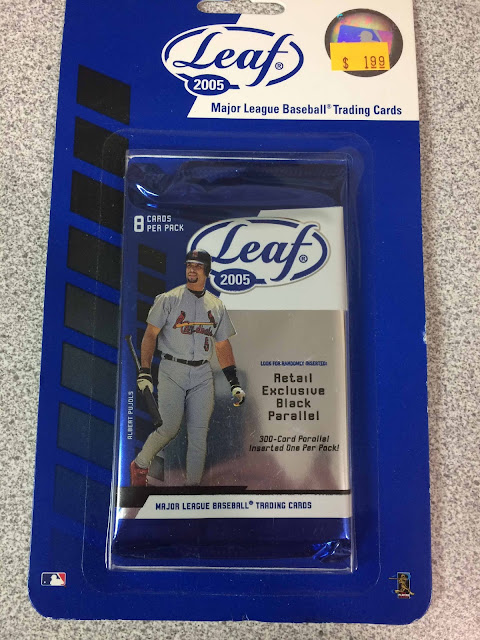 Ended up going down to Bosco's Comic and Cards for trade night.  Hard to pass up free pizza.  Plus Heritage came out today and I wanted to pick up a couple packs.  While there I noticed that there was a huge stack of these 2005 Leaf Blister hanging packs.  There were also a bunch of 2005 Donruss Classics blister packs, I picked up a few of those too, but didn't pull anything major, and 10 packs of retail Lumber and Leather.  You can see what I got out of the Lumber and Leather over at the Trading Card Collectors Society page on Facebook.
Ok here's what I got:  my base 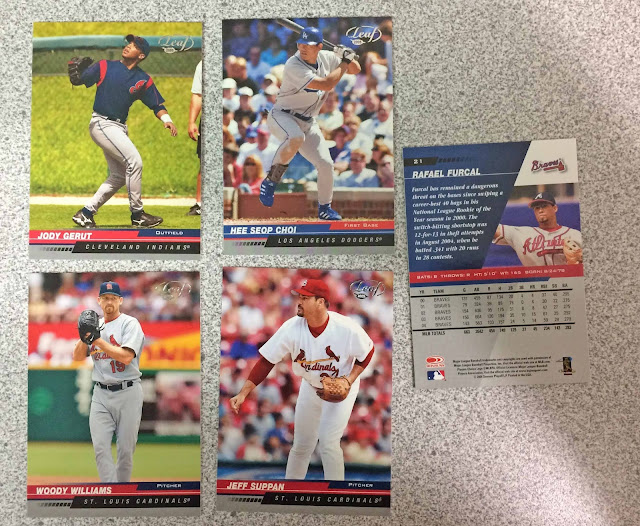 I also got this sweet blank filler card.  I also got my one per pack Black parallel.  I'm not sure why they are called black as the only difference I can tell from the base cards is the foil is a bronze/copper color. 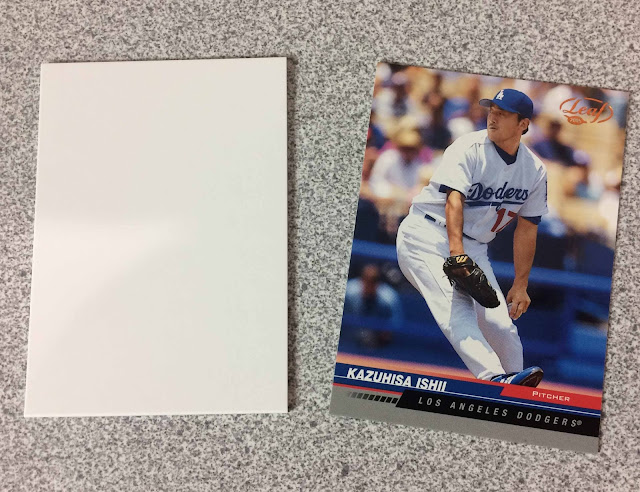 Well you'd think damn one of those blanks, but I did get this Leaf Certified promo insert of A-Rod.  Man A-Rod was huge in the mid-2000's, which sucks if you're not an A-Rod fan as he is in just about every insert in every set this year. 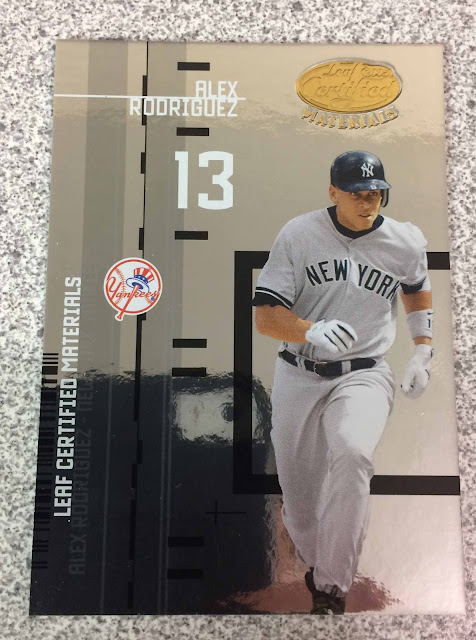 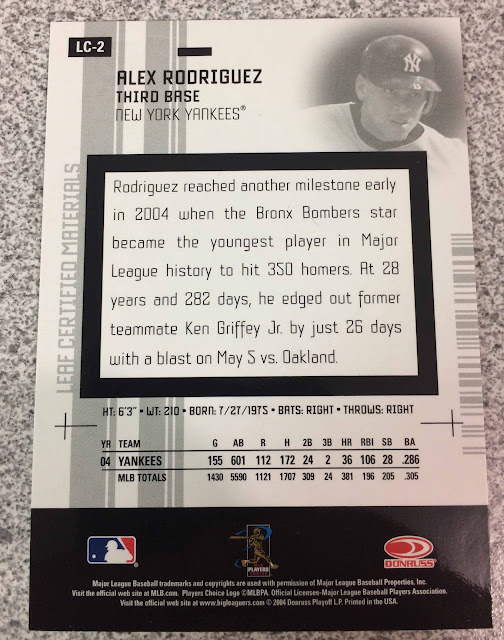 Add oddly enough I also pulled a hit, which lured me in to buying a few more packs. Didn't hit any more autos, but I regret nothing!

Of course my auto hit is a Marlin, and a guy that didn't even play in the majors till 2009 with the Dodgers.  He didn't even play in 2005 due to he was recovering from Tommy John surgery and didn't play in 2006 because he was suspended for unspecified reason.  He bounced around the Pirates minor league system in 2007 and 2008 and finally made the Dodgers opening day roster and his first MLB appearance April 8, working the bullpen.  I won't go into the rest of his interesting career, but lets just say I think the A-Rod card might be worth slightly more.  Still a fun pack to open. 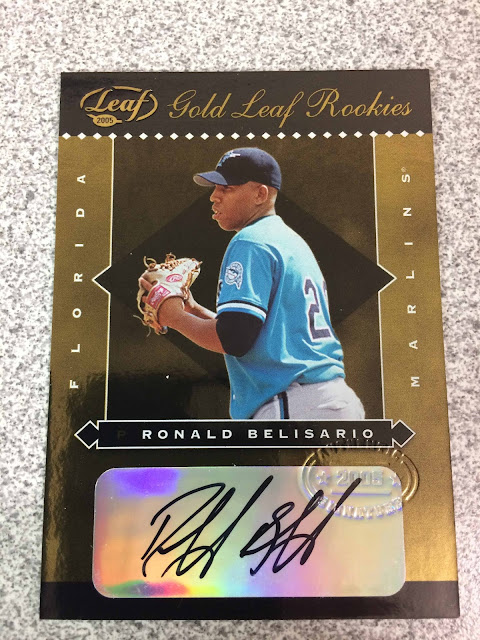 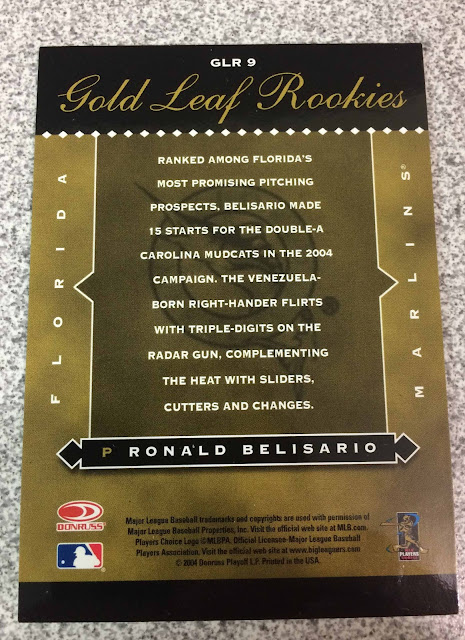 I like the design and the color look good. For that pack anyway the photos could be a little more imaginative. I'm a big anti-PED guy but I admit to enjoying Alex's commentary during the World Series.