Written by JediJeff at 6:37 PM
Hockey is back - YAY!!! To celebrate, I picked up a repack box of hockey from Target. If you want to see it all, I will be doing a repack wars post on it over at 2x3 Heroes. There are a few packs in the box that I will be adding here since they have yet to be posted. We will start with the oldest pack in the box: 1991 Ultimate Sportscards Hockey. Here's junk wax at it's finest. A company with no licensing jumping into the trading card business. It's bad, but in a glorious way. Trust me. Here's the wrapper. 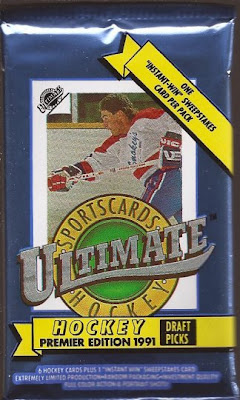 That is one cluttered wrapper. As you see, this is the "premier" edition, which I think means "only" in French. Check out the preview of the card on the wrapper. Notice the jersey? Yeah - it's some company named Smokey's out of Las Vegas. They were a card shop that did pretty well in the business in the early 90's. Then they had some trouble. With the Feds. So let's enjoy this as them trying to go legit, and sucking pretty bad at it. Oh - you have the standard sweepstakes card in the wrapper to - we'll get to that. Ok, time to start ripping. 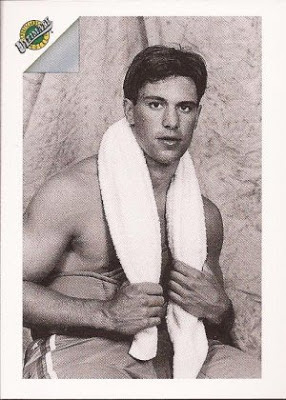 That is GOLD right out of the pack. For you that can't place your hunks, you are looking at Scott Niedermayer. I have been meaning to get some TTMs out in the world. This baby is #1 on my list! BTW - this (unfortunately) is not the standard of the cards. But I think we know where Be A Player got their idea. 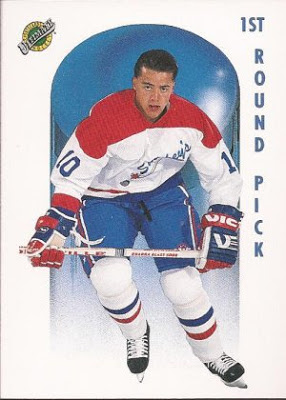 I am guessing this is some kind of insert? Note the crappy uniform - no licensing. This is Tyler Wright, 12th overall for the Oilers in 1991. His career was very blah. 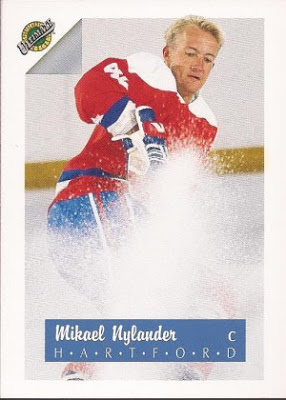 It says Mikael Nylander, but holy crap dude - you look older than Gordie Howe! Always nice to see "Hartford" on a hockey card. Too bad it's that garbage Smokey's sweater, though. 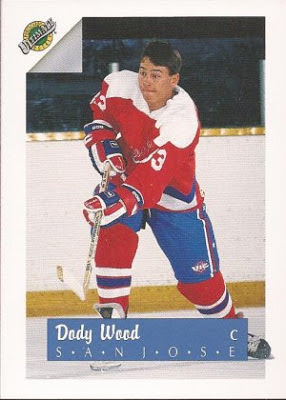 Dody Wood. Oh the jokes that are meant to be made. 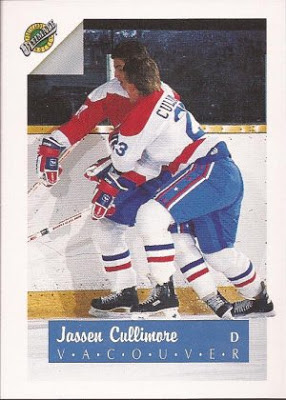 Jassen Cullimore in an action shot with.....some other draft pick guy. Ex-Blackhawk who had a semi-decent career and is currently in Europe. 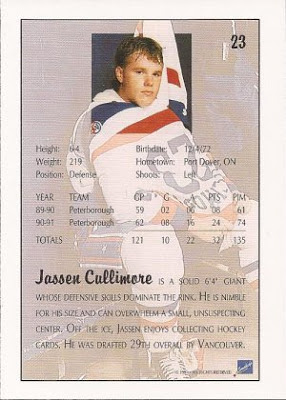 Here's the card backs. WOW! Jassen collects cards. I wonder if he blogs and would a trade with me? 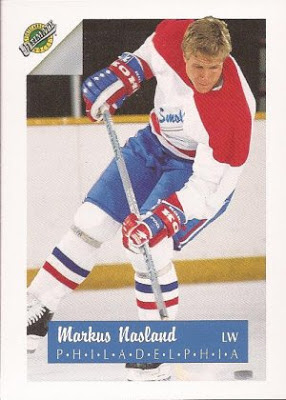 And we finish with quality. Most have no clue about Markus in Philly, probably because he was actually drafted by the Pens and played in Pittsburgh for 2 years before making a name for himself  in Vancouver. So well done, Smokey's. Nice error card. 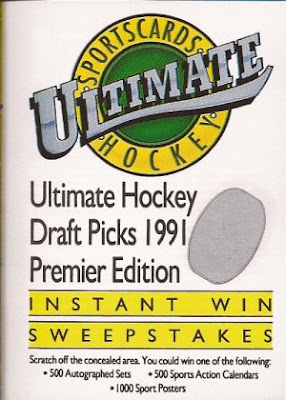 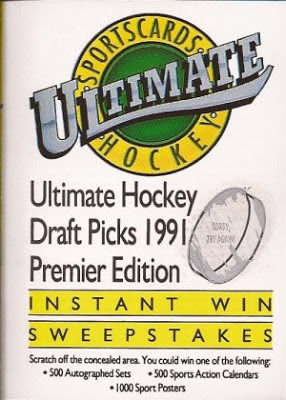 That would, indeed, be the best TTM ever.