Written by JediJeff at 9:43 PM
A hearty greeting to 2013. There was a slight hangover yesterday at APTBNL headquarters, so no post yesterday. but let's start the new year with something that was only 7 years old a mere 48 hours ago. But now, it's 8 years old and has seen better days. Oh, nothing ages well in this environment. 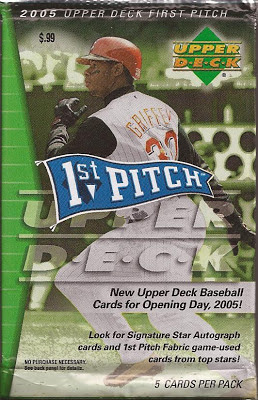 Soooooo 2005 with their pack design. You could get an auto or a relic in this pack. Did I? Um, no. 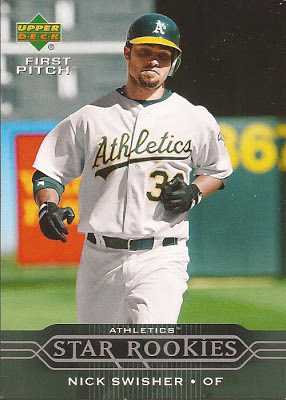 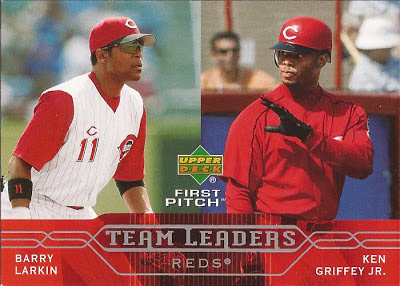 Reds team leaders. Relic or auto of either would be nice, but a good card still. +8 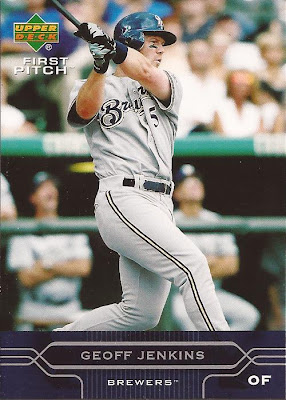 Geoff Jenkins. It would score a one, but he can't spell Jeff properly. -5 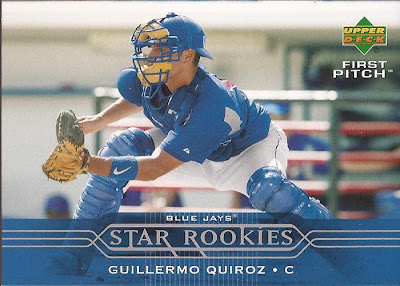 Another rookie. +2. Of a journeyman free agent. -2 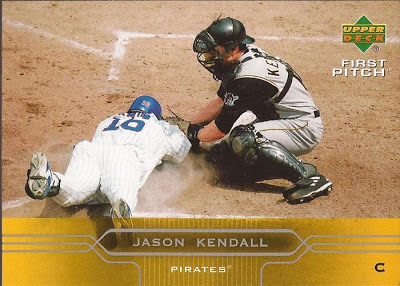 Here's the card back for those that like those things. Trade me for that Larkin/Griffey! I've been looking for a card with both of them on it....

Love the photography on the Jason Kendall card.

Since this was before Swisher went to the yankees, this is probably one of the last times he was able to LIFT his wallet.