Written by JediJeff at 3:33 PM
The NHL is back. My Blackhawks are off to their best start in 40 year. Game tonight against the most hated team in my mind - the Dead Wings. Let's rip some more hockey! From a repack box, here's a pack of Upper Deck for the 08-09 season. 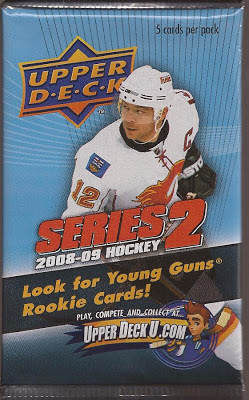 Jerome Iginla on the pack. Five cards, with one possibly being a rookie Young Guns. Did I pull one? 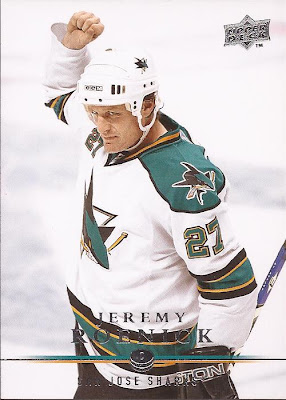 JR as a shark. I hated the day he left the Hawks, and I know he always felt like a Blackhawk his life. Even now. Oduya needs to give up his sweater and the Hawks need to raise it into the rafters. 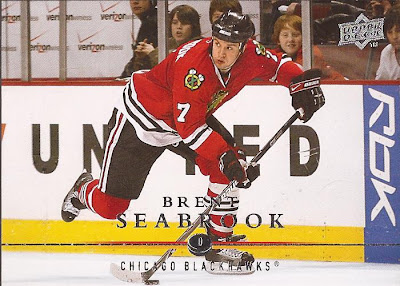 PACK WINNER! Seabs at home, starting the breakout. Too many ads in the background, though. 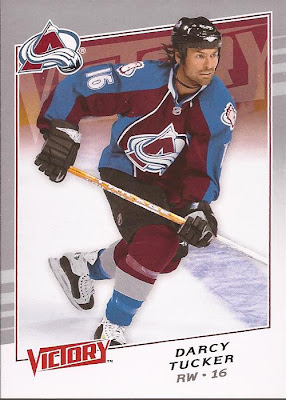 Dacy Tucker on a Victory insert card. Nice shot of a uniform that need to lose the Bettman stripes and the blue side panels. Tucker would retire a year later. 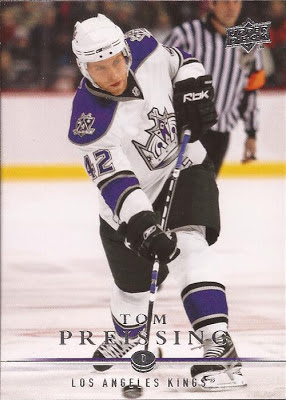 Local boy (born in Arlington Heights, IL) that is no longer on a NHL roster and playing in Europe. 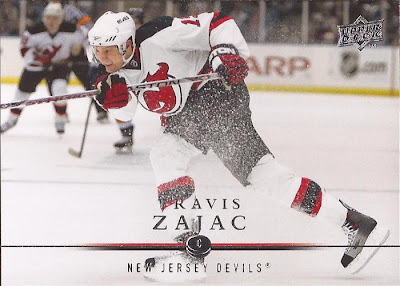 The lockout ended and Zajac jumped on an 8 year contract extension. Nice snow job on the photo. The Devils need to dump the black and go back to green. Just saying.

So a pack that started well, then fizzled at the end. Did I mention the Blackhawks are 5-0 right now?

I'm sitting in the rain outside the UC waiting for the doors to open. Can't wait!!