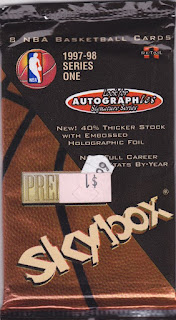 Hey! I have a little basketball card club thing going on at my primary blog right now, Cards on Cards. Supporting the club (which literally costs nothing) keeps entertaining programming like this alive on this blog and the others I may post in. I may buy more crummy packs for $1 that contain NBA cards if I have some solid contacts to give those cards away to when I'm sick of looking at them. This pack was less crummy than the NBA Hoops pack I recently showed off, despite having almost the exact same pack wrapper. It compensated for the lack of crumminess by having most of the cards stick together. 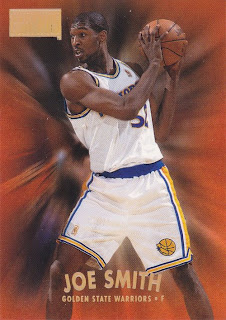 33 - Joe Smith - Joe Smith was the 1st overall pick once upon a time, and had a very long career in relative anonymity. I don't think having the name "Joe Smith" did him a lot of favors, but it also probably kept him from being remembered as a complete bust. 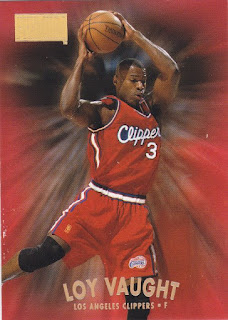 71 - Loy Vaught - Just remember recent Clippers fans, there was a time when your fans were excited about Loy Vaught. Okay, actually, that's probably not true. 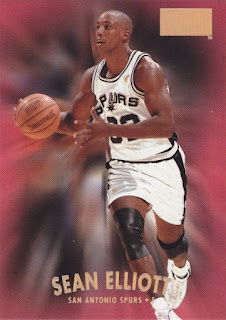 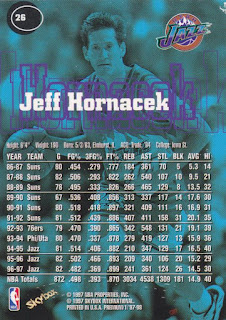 26 - Jeff Hornacek - Hornacek and Stockton were quite the backcourt in Salt Lake. And quite obnoxious to virtually anyone that wasn't a die hard Jazz fan. 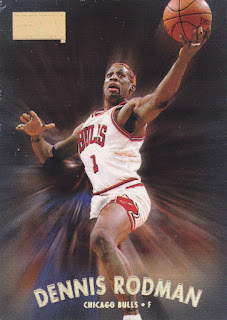 119 - Dennis Rodman - Is Rodman attempting a shot here? Did he really do that? 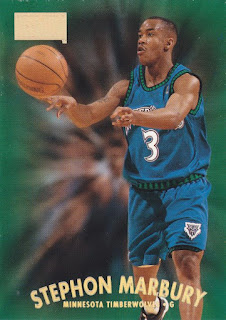 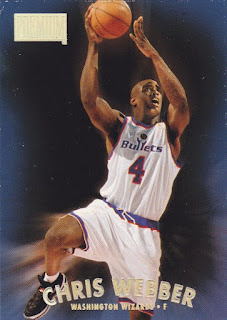 96 - Chris Webber - C-Webb! Was there a better time for NBA basketball than the 1990s? I really don't think that there was. 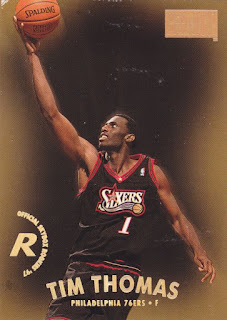 104 - Tim Thomas - Thomas was another generically named, disappointing high draft pick. He didn't seem to have the work ethic Joe Smith had, though, but he got paid like crazy. 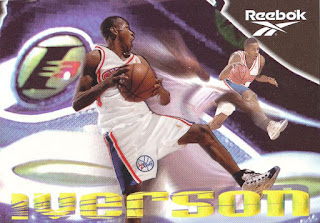 - Allen Iverson Answer Reebok ad thing - Is this a shoe ad? Insert card? Both? Neither? It's really bizarre looking, and shiny.

I loved this set, but I may be biased since I pulled the Kobe Star Rubies /50 from it. Good times.
--Jon