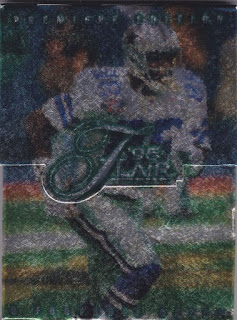 I have always been a really big fan of the Flair sets. I'm guessing the price points and manufacturing costs made them unsustainable - a high end set before the world was ready for high end sets, I guess. In any case, all of the Flair cards I've seen have looked great. The premiere edition of Flair's NFL set is no different. I thought I'd post a pack of football cards with the NFL playoffs well under way. (Does anyone want old football cards? I have tons of football cards, mostly from the '90s, that I have no use for.) 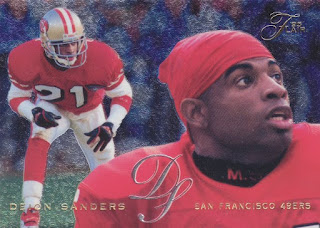 191 - Deion Sanders - It's nice to start things off with a bang. Deion only spent one season with the Niners. 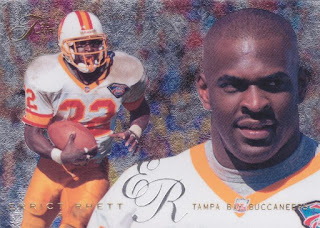 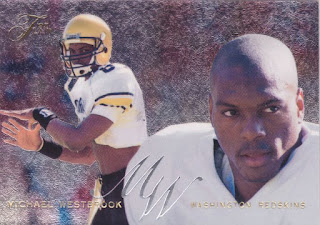 216 - Michael Westbrook - Westbrook was a rookie at the time and appears in his Colorado Buffaloes uniform. He would have his finest pro season in 1999. 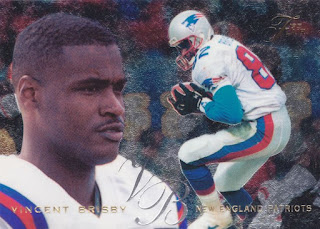 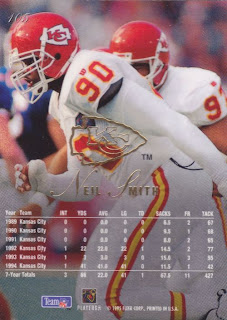 105 - Neil Smith - Like the front, the card backs are brilliant, The feature a full color, full bleed photo. 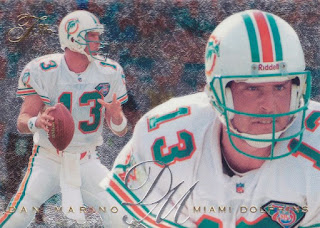 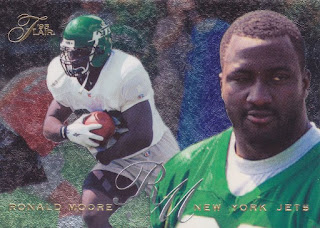 147 - Ronald Moore - Moore lasted only two seasons as a starter, which I guess is the life of the typical NFL running back. 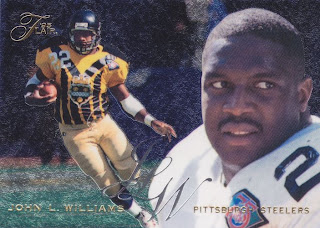 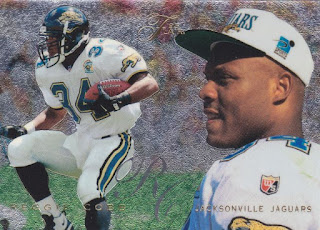 94 - Reggie Cobb - Cobb was newly a member of the expansion Jacksonville Jaguars, as his very '90s cap suggests.

You got any old New Orleans Saints? I'll trade for those guys!

Sure, I can hook you up. I will send you an email.

Or rather... can you send me an email? Thanks.