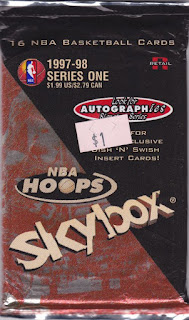 Hey! I have a little basketball card club thing going on at my primary blog right now, Cards on Cards. Supporting the club (which literally costs nothing) keeps entertaining programming like this alive on this blog and the others I may post in. I may buy more crummy packs for $1 that contain NBA cards if I have some solid contacts to give those cards away to when I'm sick of looking at them. Here's a pack I regret buying: 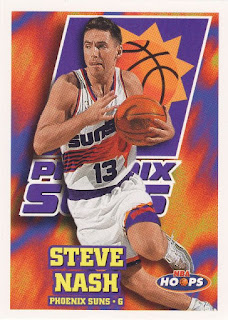 121 - Steve Nash - This is remarkably bad. I guess I should have known better than to try and answer my question of "whatever happened to NBA Hoops?" In comparison, Panini's revival of the brand name looks pretty impressive. 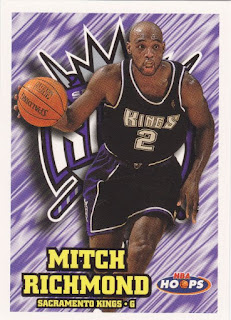 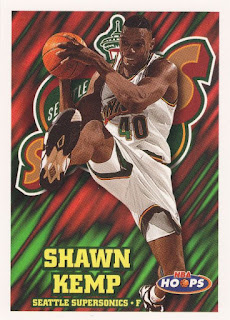 140 - Shawn Kemp - I suppose it's fair to comment on the Kings-to-Seattle situation. So I will. I hope it happens. 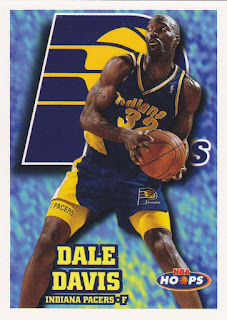 67 - Dale Davis - Master of the "pump fake it five times and leave the ball short off the front of the rim". 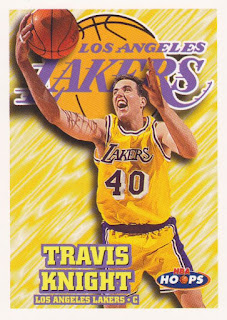 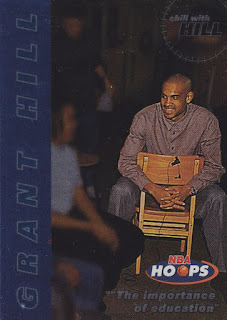 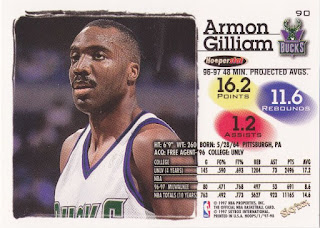 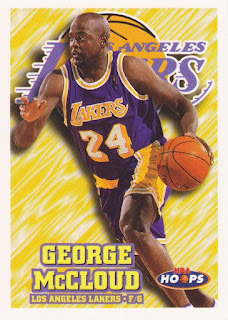 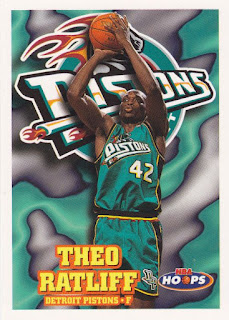 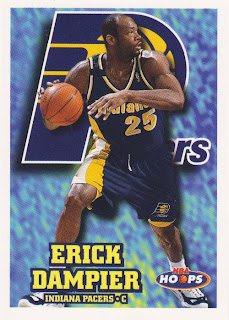 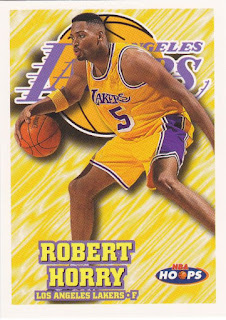 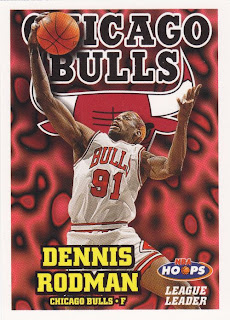 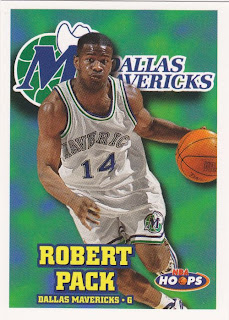 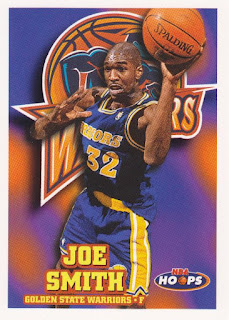 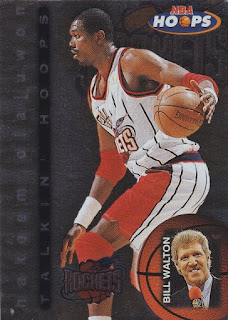 11 of 30 - Hakeem Olajuwon Talkin' Hoops - Bill Walton is back on the air doing college games these days, which is great/terrible. I'm happy for Walton being healthy enough to get back to doing his job, but he is not good at that job. Then again, Dick Vitale still seems to have a job.

That flaming horse logo has to be one of the worst logos in history. Interesting concept with the take on horsepower but a terrible execution.

Of all the packs I used to rip back in the day, basketball cards were the only one who consistently urged me to stay in school.

That Chill with Hill is awesome....

I'm actually a fan of this set. My least favorite thing, though, is the "Per-48" projected stats. Those are the most useless stats in the world.

Gotta disagree with Spankee. I think this is more abysmal than 95-96 Fleer. It's a terrible custom card design that somehow got picked to represent the brand.
--Jon