Written by Community Gum at 8:13 PM
I'm in a clean-up mood, and this pack has been in my "Pack Scans" folder since 2010.  Maybe it's about time to actually add it to the sidebar.  I'm hoping to add a few more before the year is through as well. 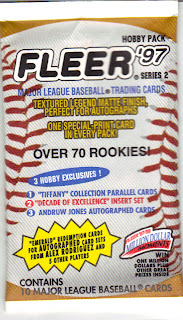 Everything listed in this pack is what I loved about the hobby back then.  Well, maybe not the Million Dollar insert, but I'll save that gripe until we get there. 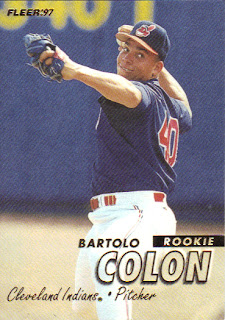 #561 - Bartolo Colon - With over 70 rookies, it's nice to find one that actually made a career for himself.  Take that to mean whatever you want. 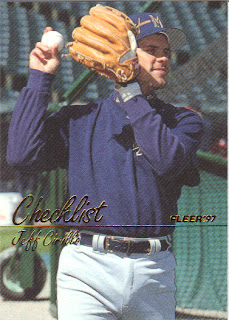 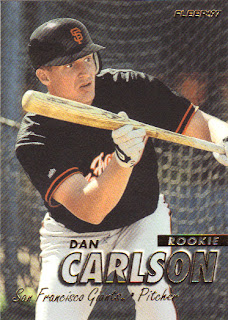 #654 - Dan Carlson - I used to have a pitcher's batting collection.  Then I abandoned it, because I have the need to make lists and there's no resources telling me what I'm missing. 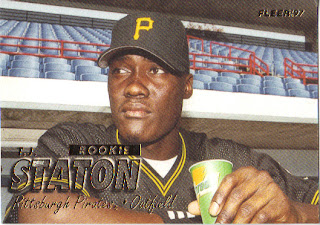 #597 - T.J. Staton - 3 of 4 cards have been rookies so far, but this is the best picture.  Nothing special, but well framed and the right angle for the background. 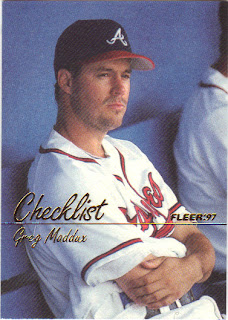 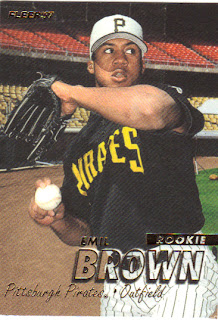 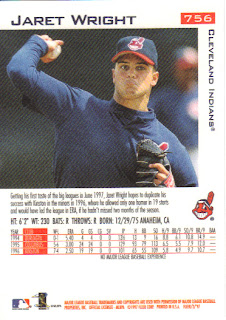 #756 - Jaret Wright - Here are the card backs.  As you can kind of see, they include full career stats and it's a nice big, different picture on the back.  He had no MLB experience per the card, but ended with an 11-year career and an overall winning record. 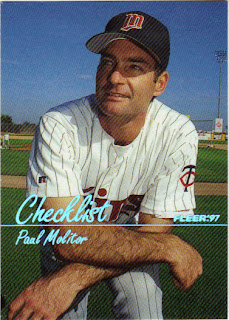 #736 - Paul Molitor - Team Checklist - Tiffany Collection Parallel - When I bought this box, I thought these Tiffany parallels were one per pack.  Nope. One per box, but it's a damn good one if I may say so. 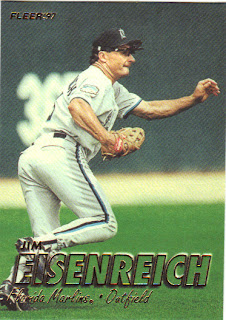 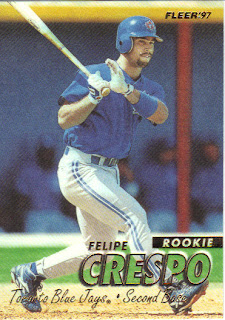 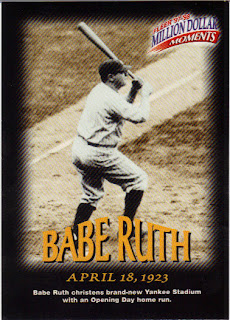 #3 of 50 - Babe Ruth - Million Dollar Moments - Okay, I like the concept, and I like in-pack contests.  What I don't like is that we have a 50 card set, with the last 5 impossibly short printed.  I get that it makes it so no one can win the million bucks, but what if you collect the guys on those super-rare cards?

Each pack promises 10 cards, but the Million Dollar insert makes it 11, so if you think of it that way, I guess it's not so bad.  Still really sucks for those people who collect those 5 rare players.

I have a Piazza one. I had no idea.

I was wondering why 97 Fleer Tiffanys were harder to find that 96 Tiffanys. Now I know.

You got 3 checklists? At least they're pretty nice as far as checkists go....