Written by Community Gum at 8:24 PM

I'm in clean-up mode around here.  Sometime in 2011 I held an all-Topps group break.  Since then, I've been holding on to the scans from the first pack of each box to post here at some point.  This is that point.  After all, what good is it to open a pack without contributing to the cause? 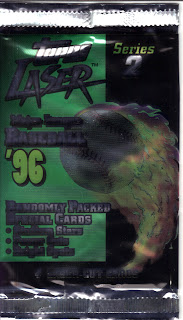 Does anyone remember those cupcakes that had the "bite" taken out of them?  There was some bear mascot and the gimmick they were selling to kids was that the bear had to taste test each cupcake, so they essentially charged you for 3/4ths of a snack.  Let's look at some cupcake cards. 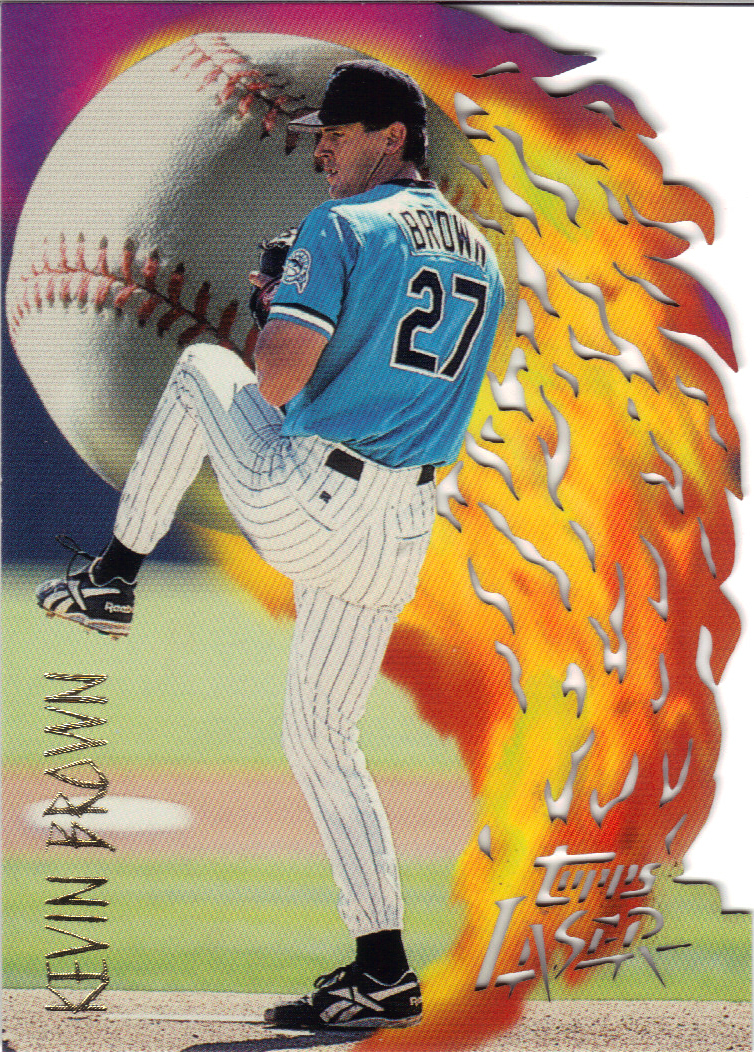 #115 - Kevin Brown - Remember this from last time?  These packs were probably expensive in the day.  And they're very thin, too.  Condition sensitive is a good phrase. 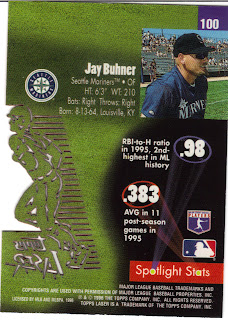 #100 - Jay Buhner - The spotlight stats are an interesting take on things, but mostly serve to fill up a whole lot of space with a whole little of information. 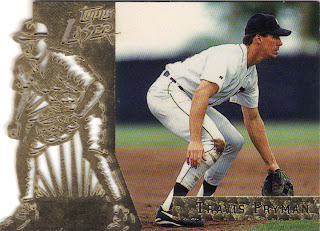 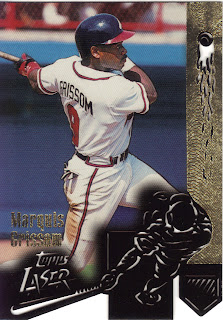 #66 - Marquis Grissom - Here's the front of the fourth design that I promised last time.  A scorcher right down the middle...on the right side.

Topps Laser suffered from a very small checklist with poor player selection to boot.  Still with only 4 cards per pack, and an assumed high price point, that small set may not be a bad thing.

I loved these cards. I bought lots of packs back in the day. I still have almost every one. You got some not great ones there. Buhner is pretty good.

The key to the Marquis Grissom-sytle card was to store them updside-down. I didn't learn this until too late when my Kleskos and Shawn Greens which are also in that design were sad soft-cornered pandas.