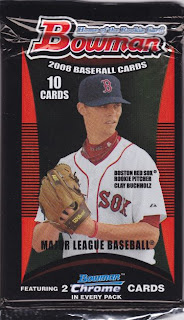 I'm surprised that no one here has done a pack of 2008 Bowman. I honestly don't remember when or how I got this one, but it was awhile back. My girlfriend has since given me a couple more packs, but neither of them seemed markedly better or worse than this one. This is the retail version. 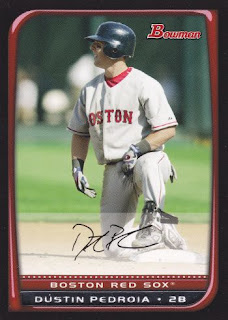 181 - Dustin Pedroia (He's a pretty good second baseman. I'm not sure he'll ever put up a year anywhere close to what he did in 2008. I just see him as a future David Eckstein-type player, which certainly isn't bad, but is not MVP-caliber.) 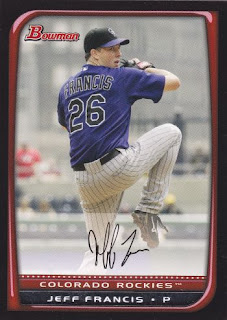 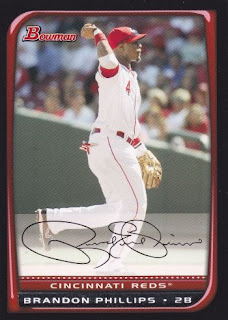 3 - Brandon Phillips (You could make an all-star team comprised of former Cleveland Indians and they'd be pretty tough to beat.) 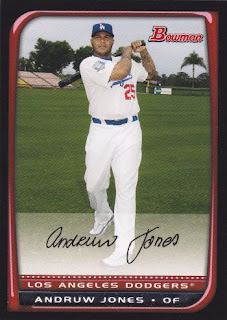 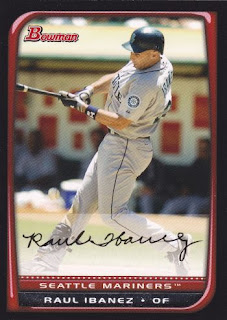 113 - Raul Ibanez (Baseball is the rare sport in which certain players can blossom very late in their careers. I don't see that happening a lot in football or basketball.) 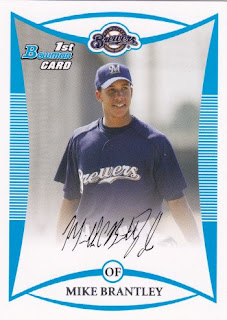 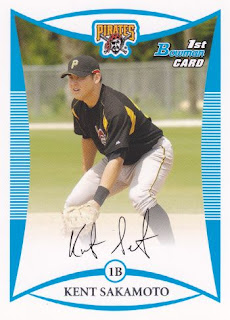 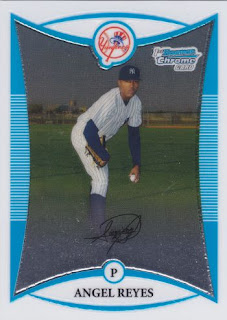 BCP90 - Angel Reyes Chrome Prospects (Never heard of this guy and he's a Yankee. This probably isn't a great sign, either.) 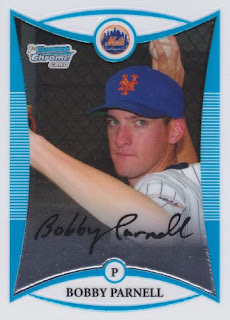 BCP10 - Bobby Parnell Chrome Prospects (Here's one of the "prospects" that I do know.) 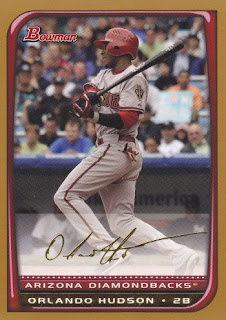 Email ThisBlogThis!Share to TwitterShare to FacebookShare to Pinterest
Labels: 2008 Bowman