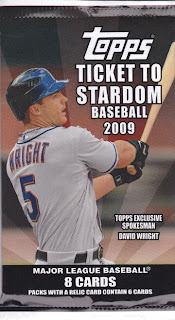 Here's the first and probably last pack of Topps Ticket to Stardom that I'll buy, at least until it hits the bargain bins sometime next year. Retail style! 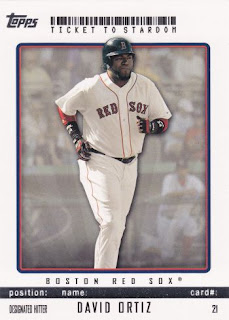 21 - David Ortiz (Big Papi isn't exactly the sort of young player bound for future stardom that I expected that this set was going to be geared towards. He's already had plenty of sun.) 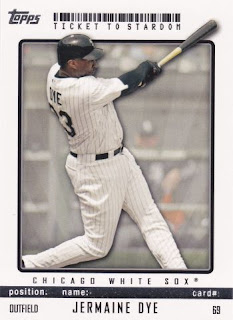 69 - Jermaine Dye (Rumors abound about where Dye might end up next year and even what position he might play. 1st base?) 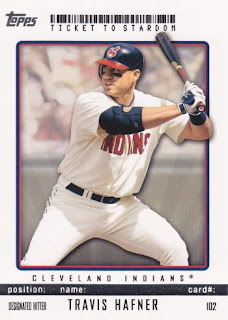 102 - Travis Hafner (By the way, has anyone figured out what the story is with the tracking info on the back of each Topps card these days? It probably would have been smarter of me to actually provide a scan of that so people would know what I'm talking about.) 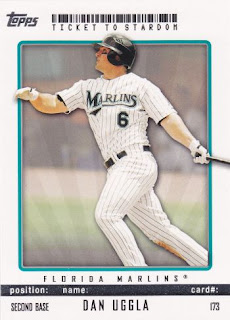 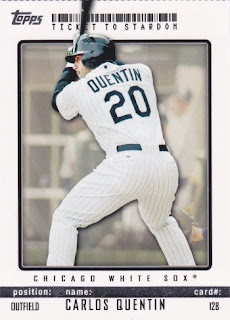 128 - Carlos Quentin Perforated (This is a one-per-pack parallel where the top and bottom edges are wavy/bumpy like they're supposed to look like a torn ticket stub. It doesn't really make sense when both edges are "perforated", however, and there's no stub fuzz. I'm not buying it.) 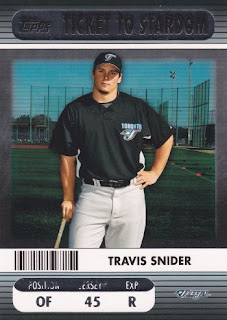 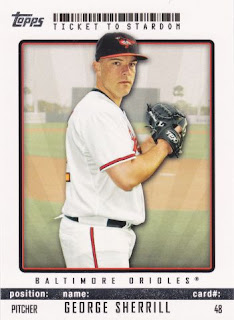 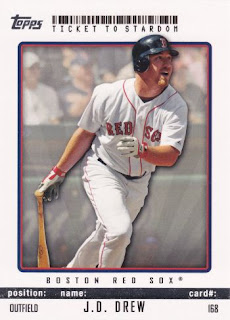 Never noticed that tracking thing before you said that or what it's for...but here's a page on Topps' site where you can type the number and it'll tell you where/when the cards were printed: http://topps.com/CPSIA/Search.aspx