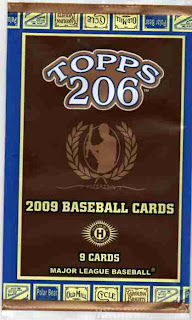 I've been waiting for this set for 100 years. Let's check out my first pack. 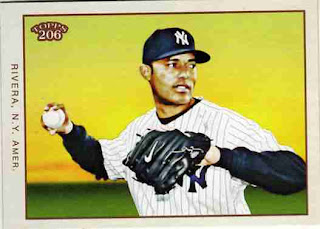 Topps did the 'retro fuzz' treatment on all the images in this set. On a lot of them it looks pretty awful, but this card is frickin' gorgeous. I'd love to see the mini version in person. 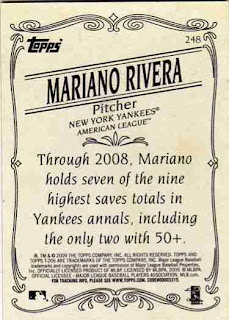 Here's the back design for these cards. There weren't no stats on the back in 1909 so quit yer bellyaching. Note the fake old timey staining printed on the back. 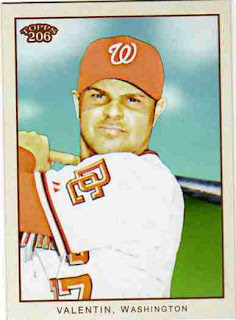 Javier never played a single inning for the Nationals. This is a complete waste of a card. 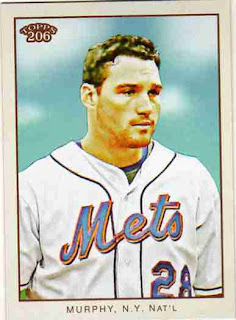 Daniel looks a bit green on this card. After a year with the Mets, I don't blame him. 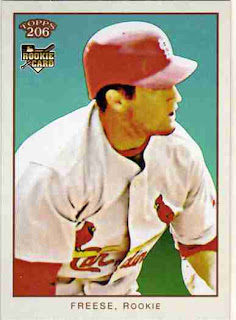 The Rookie With No Face. 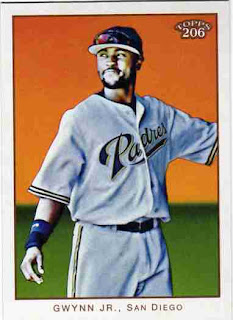 I'm glad that the Jr. is on this card. I think there should be a federal law requiring that all new Tony Gwynn cards should have to specify the Jr. The punishment for not doing so: DEATH BY PAPERCUT. 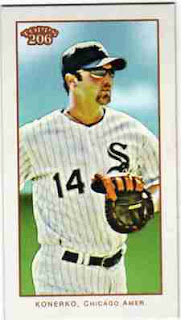 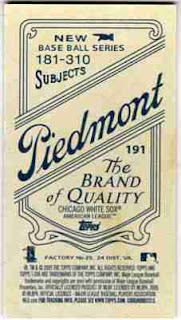 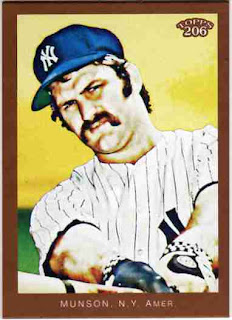 I was sort of bummed to hear that there was a bullcrap parallel in this set, but it looks pretty nice. The border is basically the same color as the name and the Topps206 logo on the normal card. This is going straight into the set, I no longer pay attention to contrived parallels anymore. I've even incorporated minis into my 1975 Topps set, which I'm pretty sure is considered blasphemy in several mainstream religious sects. 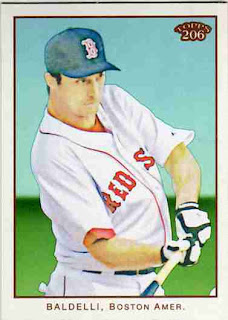 Rocco's never going to be the second coming of Joe Dimaggio, is he? 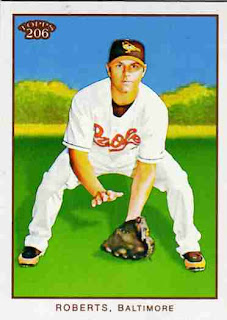 Here's another example of a retroized card that came out right. Very nice. 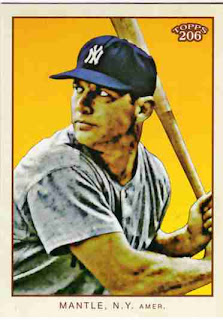 If Topps insists on making Mantle cards ubiquitous, it's nice they are finally putting him to work. 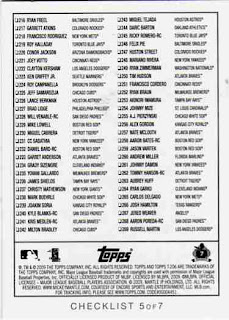 I like how they put the team name of each player on the checklist. #262 - Tommy Hanson! Hopefully it's not a shortprint of variation or all gimmicked up.

Email ThisBlogThis!Share to TwitterShare to FacebookShare to Pinterest
Labels: 2009 Topps206

Very nice Mariano, I'm still torn as to what I think of this set. A lot of the cards just look like crap.

What is Honus Wagner's card number? I'll take one of them.

Thanks for posting these. So far I'm not that impressed. It may be that I'm getting retro'd out.

That Valentin card is baffling. How long have they been working on this set? Are the Nats so bad that they needed it to fulfill some sort of minimum Nat quota?