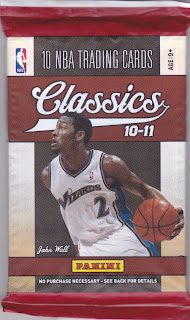 We're in the thick of the NBA Finals right now, with Game 4 set for later tonight at the American Airlines Center in Dallas (not to be confused with the American Airlines Arena in Miami.) I usually snag one pack of basketball cards to go with my regular baseball card purchases every time I go to Target, and this time around I found yet another Panini NBA set was on display. Why, oh why did those Donruss jumbo packs have to disappear as quickly as they came? 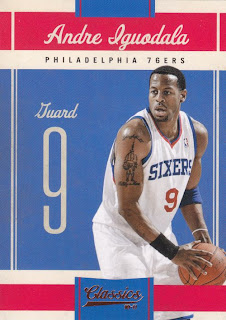 64 - Andre Iguodala (They're trying to make these look a little classy, but mostly it recalls in some abstract way the hideously designed kitchen that I grew up with.) 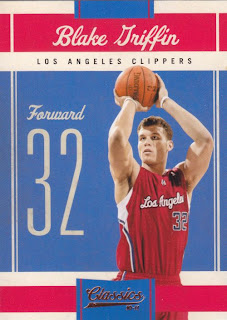 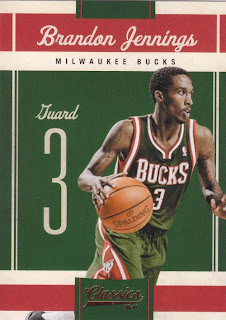 79 - Brandon Jennings (Jennings raised most of his numbers slightly over his breakout rookie campaign, but he still shot an unsightly 39% from the field and saw his assists drop about 1 per game in slightly more minutes played, which has to be disconcerting if you're a Bucks fan.) 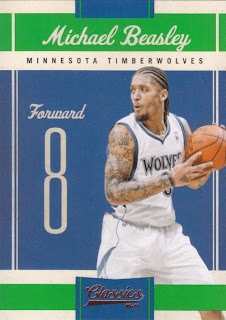 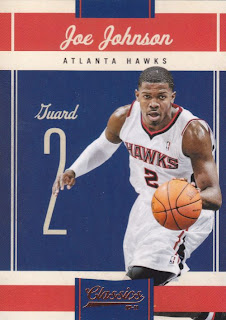 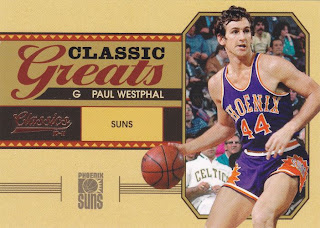 13 - Paul Westphal Classic Greats (I can't tell by the numbering if this is an insert or a subset card.) 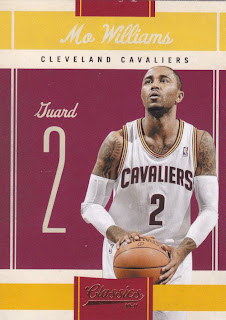 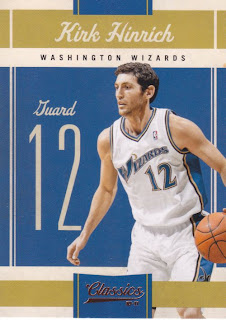 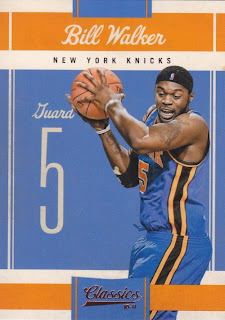 58 - Bill Walker (I'm not that familiar with Bill Walker, but his inclusion in this fairly small set suggests that he's an up-and-comer.) 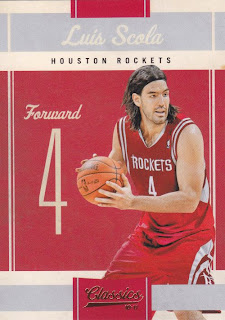 What kind of design crap did I just saw? I thought Panini football design was garbage but this one takes the cake

Yeah, these cards are pretty ugly...

I don't know. I find myself forcing it to like the look of this set. It just seems so anonymous and unremarkable, as if it were made by robots as a premium to buying dog food or hair products or something.