Written by Jafronius at 11:22 AM
Greetings!

I hope everyone had a wonderful Christmas and are looking forward to New Year's festivities.  For me, Christmas seems to come and go very quickly, but that's probably what happens when you have two little boys running around.

Here's another crawlspace pack.  Those Toys R Us Star Wars repack boxes had a lot of these as filler too.  Here's some Star Wars Episode 1 Widevision cards for you all to enjoy!

Earlier in the 1990's, Topps released the original trilogy in its Widevision format, and they were pretty popular if I remember correctly.  They were released right in the middle of my collecting heyday, so I was all over those cards.  The pain was finding the pages that held 6 cards per page. 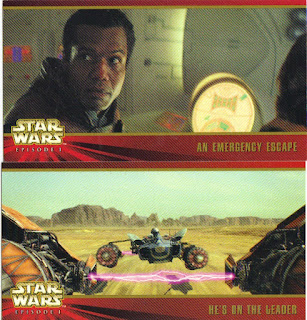 The cards are glossy and the images are pretty sharp.  The borders used followed the original trilogy's format.  I would have preferred a whole-card image, but at least they are consistent. 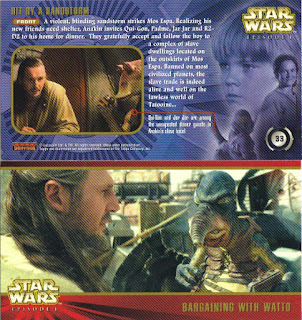 The backs have a brief description of the scene on the front.  They also have a second image with a quick summary of that scene as well.  Again, the original trilogy set was set up the same way. 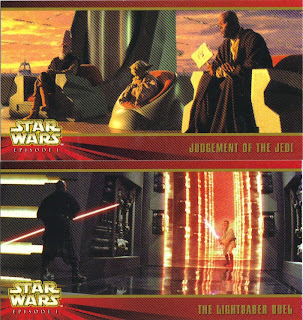 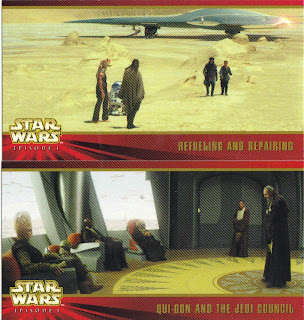 That's the pack.  Not a bad set to try to complete.  Too bad the pack I grabbed didn't have any inserts in it.

One more to 200 for the year!  Perhaps a double post is in order.