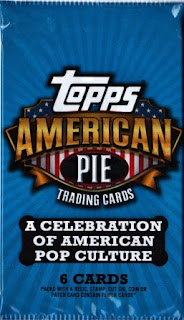 Topps puts out another nostalgic set featuring actors, actresses, movies, cars, and other various stuff throughout the decades. Price tag of $2.99 sounds a risk on these cards. 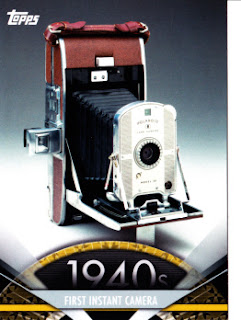 14 - First Instant Camera. Remember Polaroid instant film cameras? Who once owned one? Introduced in 1948 for the holiday season. 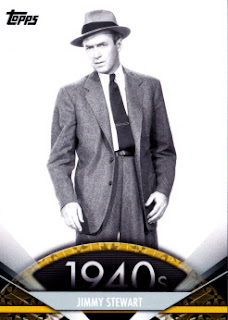 6 - Jimmy Stewart. Notice a trend? Best known for his starring role of Christmas classic, "It's a Wonderful Life." 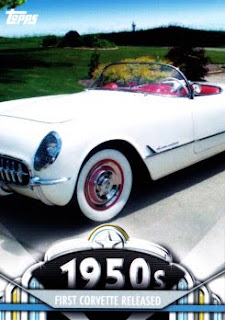 35 - First Corvette Released. A Chevy classic that first appeared in 1953. 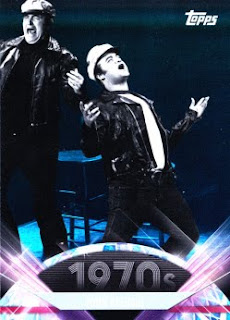 121 - John Belushi. It's a foil card of Bluto from Saturday Night Live and Animal House fame. 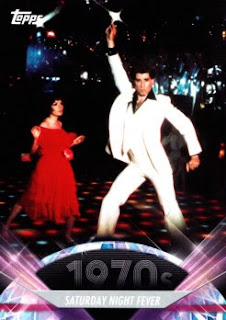 129 - Saturday Night Fever. To this day I still have not seen the movie. 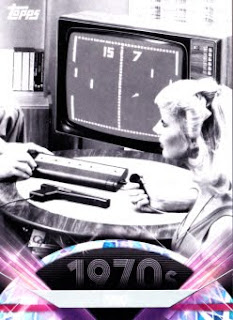 $3 a pack does seem a little steep, but they blog Panini's pop culture Americana set out of the water. Looking forward to casually building this set.

Not as good as Americana. Shoddier card stock & presentation. Still a fun release though & I'm thinking of going for the set.