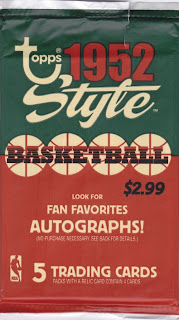 With the NBA finally kicking off this week, I thought I'd show off a random basketball pack that I got from my girlfriend as stocking stuffer material. The 1952 Topps baseball design has been rehashed and reused many, many times over the years, but I haven't really been exposed to it in another sport until now. 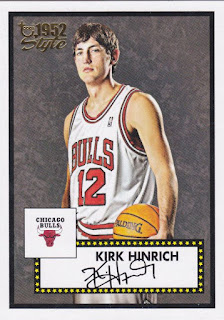 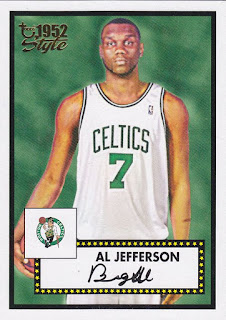 36 - Al Jefferson (Jefferson is the focal point of the "rebuild mode" Jazz offense.) 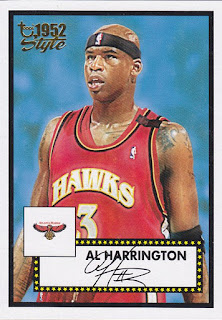 38 - Al Harrington (Harrington comes off the bench these days in Denver.) 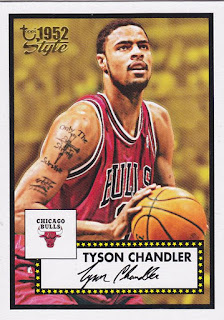 102 - Tyson Chandler (Chandler was one of the cap casualties of last year's championship winning Mavericks team. He's with the Knicks now.) 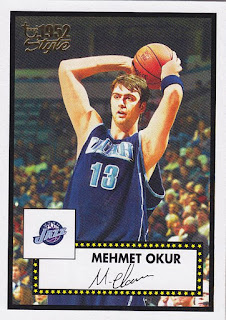 96 - Mehmet Okur (Okur recently was moved to New Jersey where his role is still an uncertain one. This makes five active players out of five in the pack - not bad for a set that's nearly six years old at this point.)