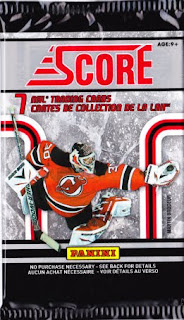 Panini unleashes another year of Score with Martin Brodeur on the cover pack. Seven cards for a dollar? Not a bad deal. Let's see who's in this pack. 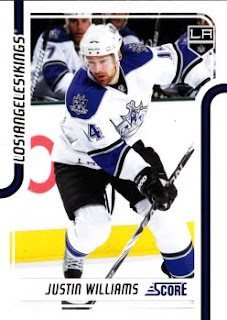 220 - Justin Williams - not a bad card design with team logo on upper right corner, team name horizontal on the left, and name near the bottom of the card. 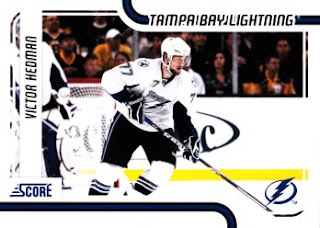 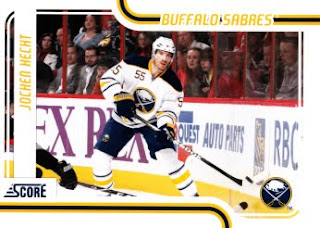 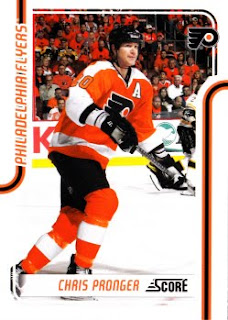 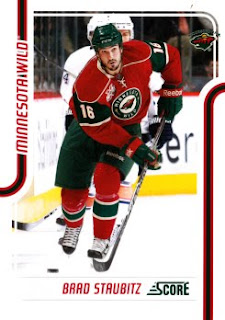 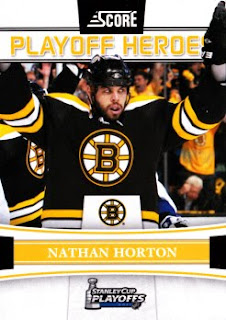 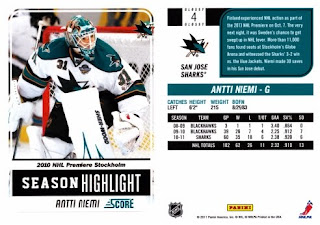 4 (glossy) - Antii Niemi (Season Highlight) - glossy card which is one per pack. Season highlight of Sharks vs Blue Jackets game in Sweden. I picked up a pennant of the game from Sharks team shop this year.