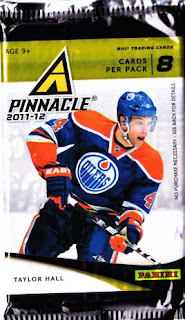 NHL Winter Classic coming up signaling spending Sunday afternoons on NBC watching hockey. Panini unleashes another year of Pinnacle with 8 cards in a pack. When it comes to Pinnacle the designs are usually hit or miss with good photography. 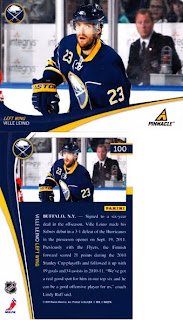 100 - Ville Leino - decent design on the front of the card since all the photo cards printed horizontally. The back have no stats, just talks about the player's highlights. 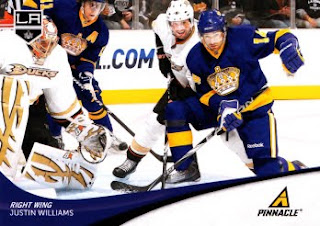 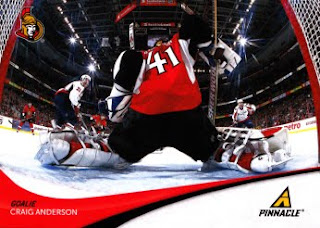 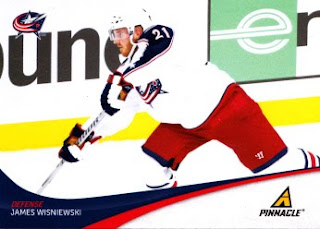 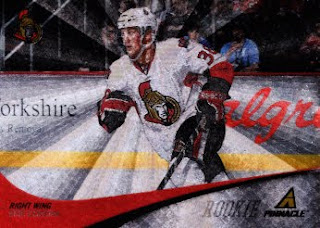 258 - Erik Condra - icebreaker card which runs 1:6 packs featuring rookies. I like the "nufex" design making the rookies looking like a future star. 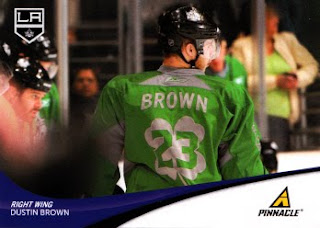 123 - Dustin Brown - awful shot and print of a card just showing his back side. Couldn't Panini pick a better shot of him? 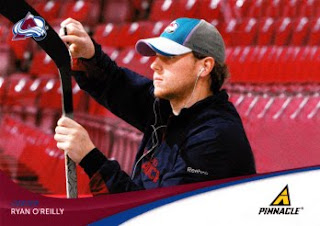 137 - Ryan O'Reilly - must be taken in practice as he's taping up the blade of his stick. 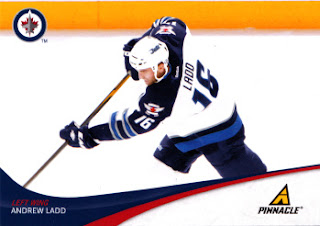 180 - Andrew Ladd - likely wristing the puck
This pack is a miss but I do like the simple design.

Card #123 of Dustin Brown is showing the St. Patrick's Day warm-up jersey (later auctioned off for charity); you gotta give credit to Panini for continuing the odd-ball photos in Pinnacle.