Written by JediJeff at 1:59 PM
Today is the final day of the MLB season. While my White Sox year was something to forget, I'll be back into excitement mode when I hear those five magical words every February....

However, until then, another sport season begins on Tuesday - the NHL is back!!! Can someone remind me how last season ended?


OH YEAH!!! Now I remember.... My Hawks start defense of the Holy Grail against Ovechkin and the Capitals at home on the 1st. Banner raising night. So let's keep this Panini thing going with their 13/14 Score release. 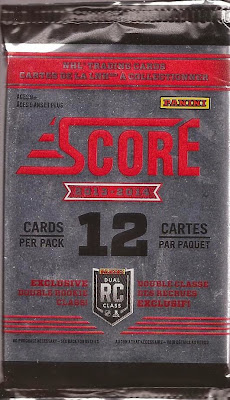 Because of the shortened 12/13 campaign, we get double rookie class this year, something UD and Panini remind us ALL THE TIME! Ok - we get it. Rare you get a pack nowadays with so much cardboard for under $3. And away we go... 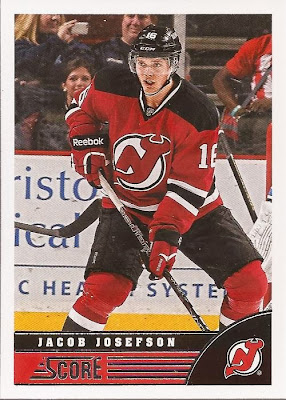 Decent, straight-forward design from Panini. The only foil is the brand logo - so nice. Keeps the player's names easy to read. I'll keep saying it - hey Devils, dump the black and go back to the green. 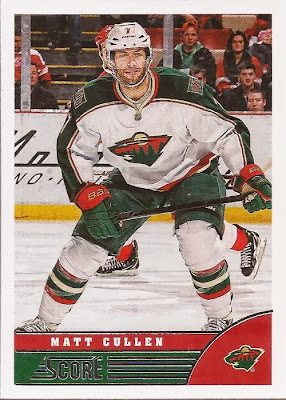 Panini is matching the bottom bar with the team colors. The Wild did a little jersey overhaul. Nice change. 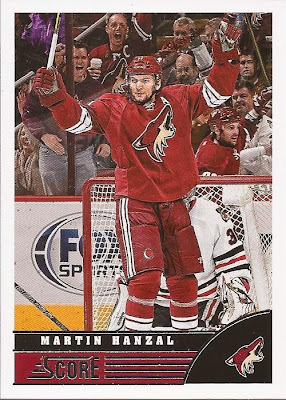 Two things: Sure, those are my Hawks they just scored on. Whatever. And two..... he's on fire. 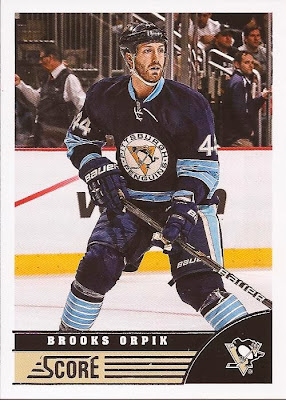 Pens dumped these nice alts for this season. They are going to have a new alt next year. 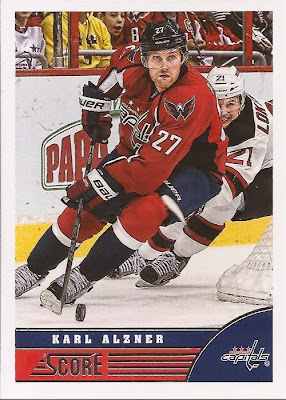 I hate that winged logo on the Caps. It is better than this, though. 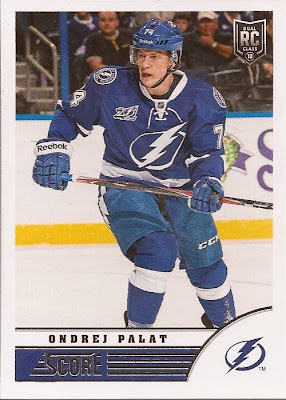 Ugh. You got rid of the arm pit stripes - good. But this is a little too minimalist. 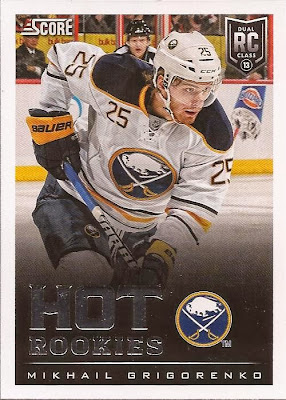 Only dual rookie class card I pulled. Not too bad. 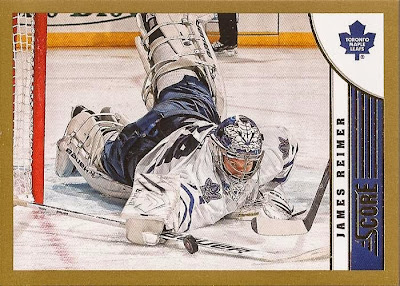 Gold borders come one to a pack. No serial number on them. Great action shot on this card. 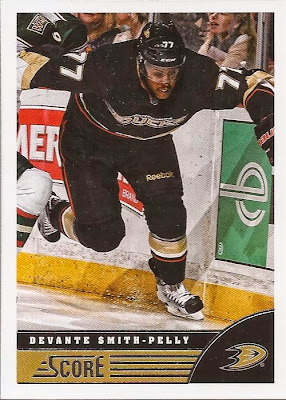 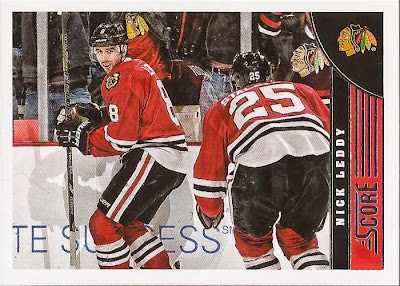 He shoots, he scores. Here they are celebrating an OT winner by Leddy against the Dead Wings. 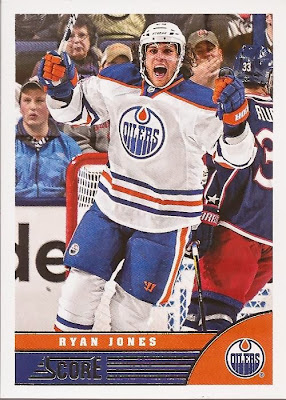 Dear every team thinking of changing their uniform. Follow the Oilers and go back to what works. I am talking to you Islanders, Flames and Canucks (make them primary, not the alt). 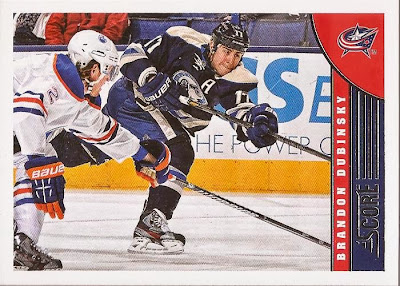 Blue Jackets....a team in search of an identity. Here are the card backs. 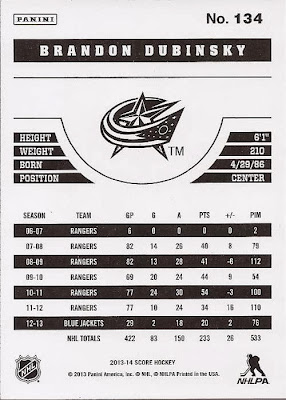 Great Post! Please check out my new blog at:
http://yankeesfanmusings.blogspot.com/

I've gotten used to the Caps red "wing" patch. Didn't like it at first but it grew on me. It is better than that screaming eagle, and that eagle was better than the team logo from that era. UGH. I'm glad they went back to the Red/White/Blue uniforms and dumped the black & gold.