Written by JediJeff at 5:38 PM
So yesterday was Panini Pinnacle, something I didn't like. It just wasn't my cup of tea. I kind of ripped on it, and I don't want to think that everything Panini releases is poor. I think you can do no logos and do it well. Here's a product I do like - Golden Age. The only 2012 cards I have from this set I pulled out of dime boxes. But I picked up a box of this at the National, and have slowly tried to complete the set. But enough about me. Let's get to ripping. 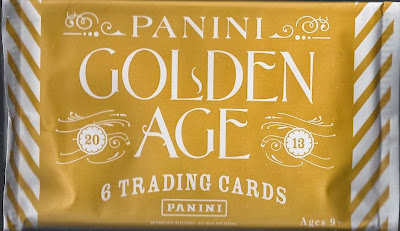 Simple pack. I don't think you can design anything so plain, yet it's nice. Remember - cards are for ages 9+. And my six? 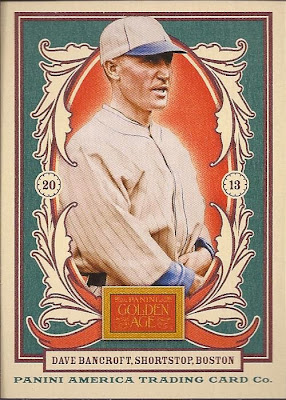 It's busy enough that I like how it looks. I think this is the home uniform of the Boston Braves, so they shopped out a cap logo and a "B" from the left side of the uniform. 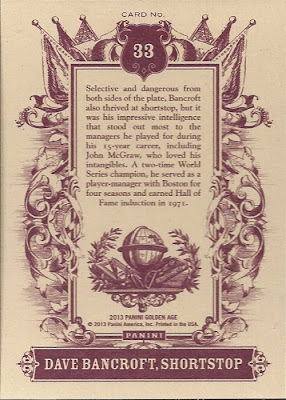 Card back. Got a few backs to show from this set. Don't see a lot of maroon ink on cards. 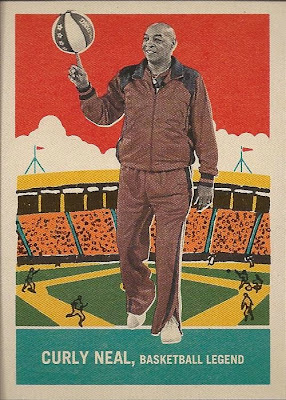 One of a few insert sets. This is a homage to the 1933 DeLong Gum cards. Other recent sets that replicate the Delong Gun sets work poorly. But with the right cardboard, the design has warmth. 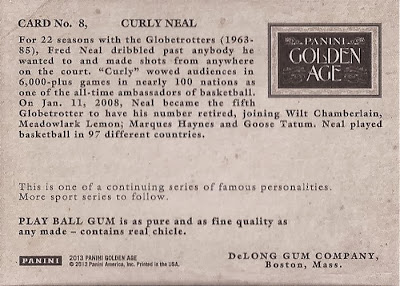 Back of the Curly Neal. 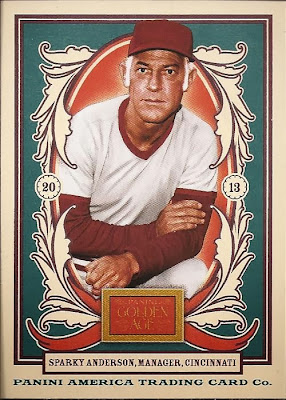 Sparky. Now the shopping is evident. 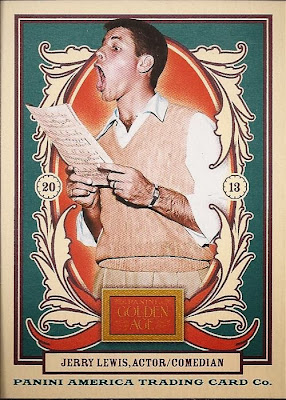 Golden Age = Allen and Ginter. Don't forget: this guy is HUGE in France. 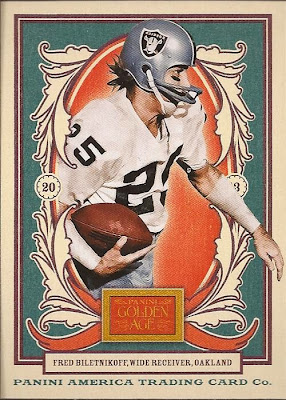 Panini has a NFL license, so Fred's Raider helmet is prominently displayed. 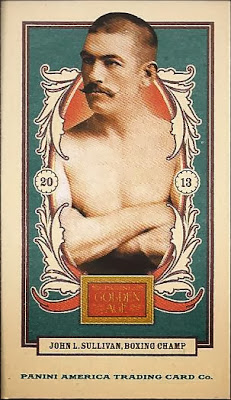 Card six is a mini. And that, folks, is a mustache of epic levels. 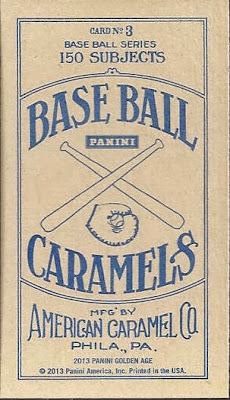 Think A&G or GQ when we talk about the backs. Golden Age has five different backs on the minis. Blue and green are the commons, while purple, red and black are more rare. I believe that is the breakdown. There are Panini back 1/1s.

I love this set. Finally picked one up off of eBay... now that they've finally dropped under the $10 delivered mark.