Written by JediJeff at 5:01 PM
Jafronius is right - far too few posting here at APTBNL this month. I have a few packs scanned, so let's get some up to finish out the month. First off - Panini's revival of the Pinnacle brand. 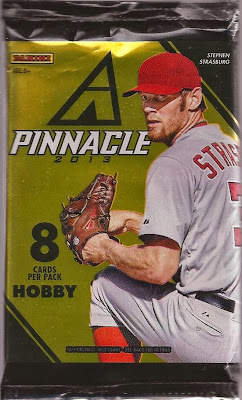 The pack has a decent retro feel to it. The total lack of logos is evident from the get go. Strasburg signed a contract with Panini, so no shock he would be the cover boy. 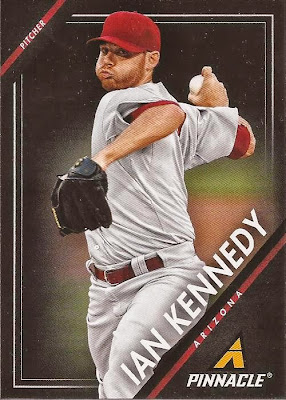 Ummmm.....wow. I'll cut right to the thought: I hate these. I hate them as much as I hate the Prizm crap they put out a few months ago. Way too much black. The lack of logos, which Panini seems to work well enough hiding in Cooperstown and Golden Age really shows itself here. The plain uniform, with the equally plain design makes this card set a dud. 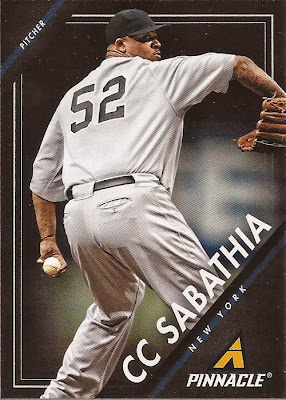 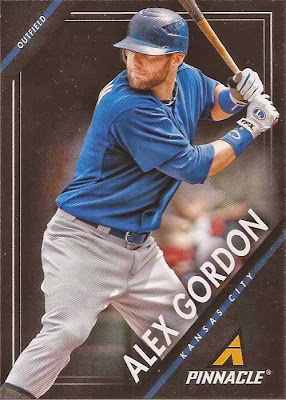 I see they still have the ability to show the logos on the gloves. 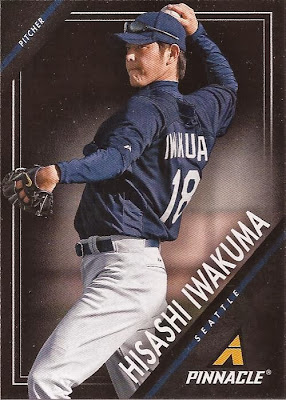 Lack of logos is a good reminder there are far too many softball tops being worn in baseball. 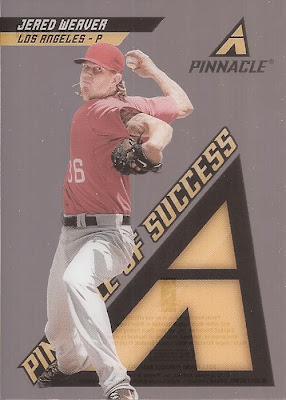 This is an acetate insert card. You can see a bit of the back bleed through in the main "A" behind Jared. This set is anything BUT a Pinnacle of Success in my mind, though. 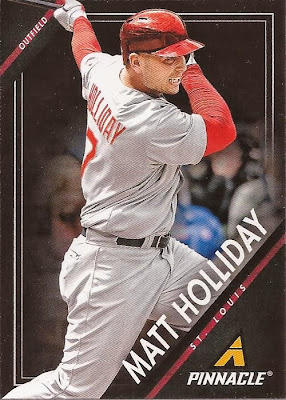 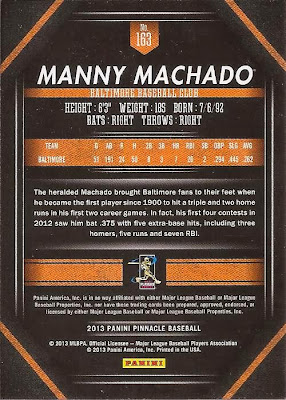 I'll spare you one image and just show the back of Machado's card. No image recycling. One line of stats and a bio. The MLBPA logo gets a main billing, though. 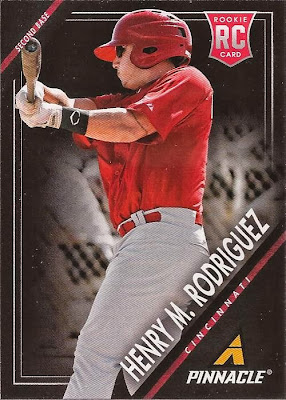 Sorry, but I cannot get excited in the least over this set. Just bland and boring, but if you think otherwise, I'll send you the cards.

Loved Prizm, and I love this. The base grew on me once I saw it in person, and I loves me some acetate inserts, even relatively forgettable ones (Pinnacle's do not feel particular inspired). Oddly, it's Panini's old-timey style products that don't do much for me. But in general, Panini's stuff just feels so much fresher & more fun to me than yet another boring Topps rehash. And I will never understand why logos matter to people so much. Sure it helps having them, but for me, it doesn't really hurt when they aren't there.

Please set aside the Matt Holliday for me. I have a couple of PWEs from you sitting on my desk, so I know that I owe you stuff. I will get to that.

Logos matter because the TEAMS they play for matter. Teams have history, baseball has history, it's why I collect.

Maybe if I was solely a player collector, Panini's logoless sets wouldn't bother me as much, but I'm not and it's why I don't bother much with Panini. Topps kicks Panini's ass still. It may be only because of a logo, but that's plenty for me.