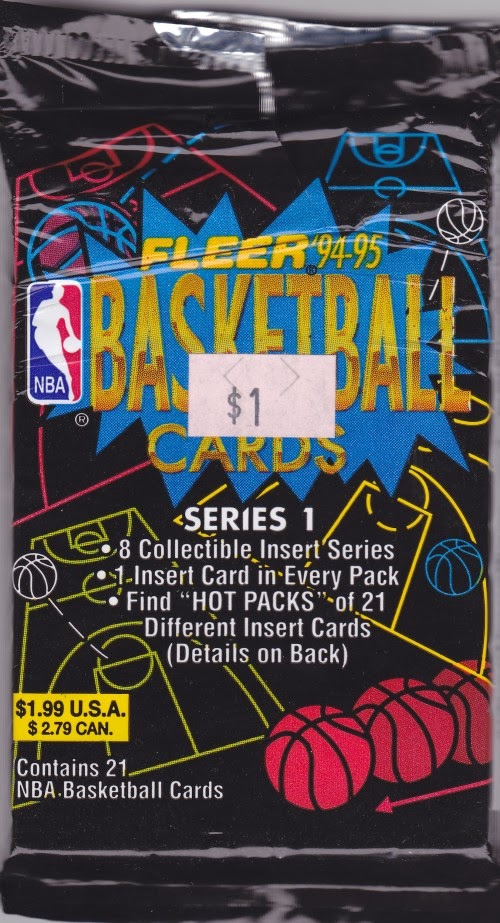 First of all, wow! Just look at this wrapper! Aren't you excited already? Just how many cosmic basketball games are going on at once on this thing? Here's one of those many shining examples of the '90s looking and acting exactly like the '90s, with 21 cards crammed into an affordably priced pack of cards. 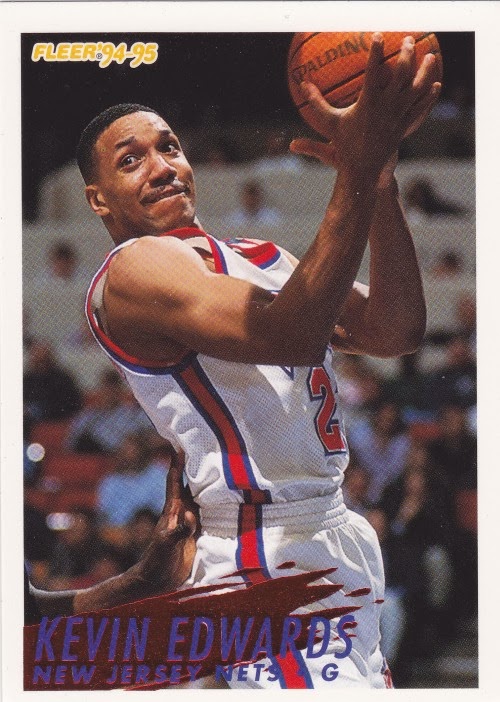 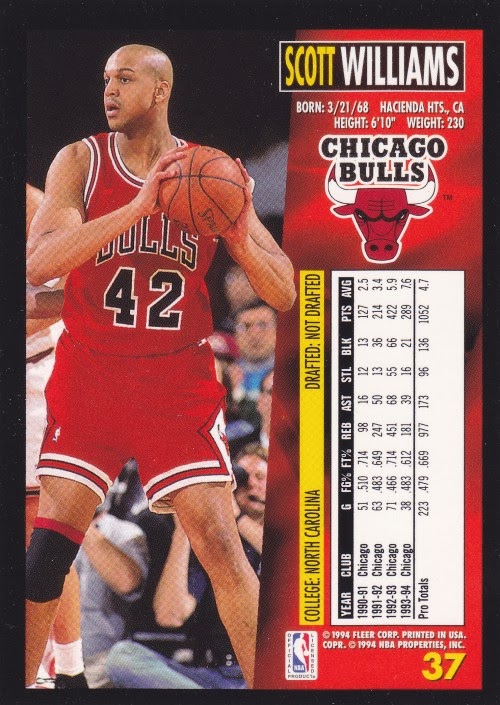 37 - Scott Williams - The backs are aligned like early Upper Deck, with a new full color photo on the left side. 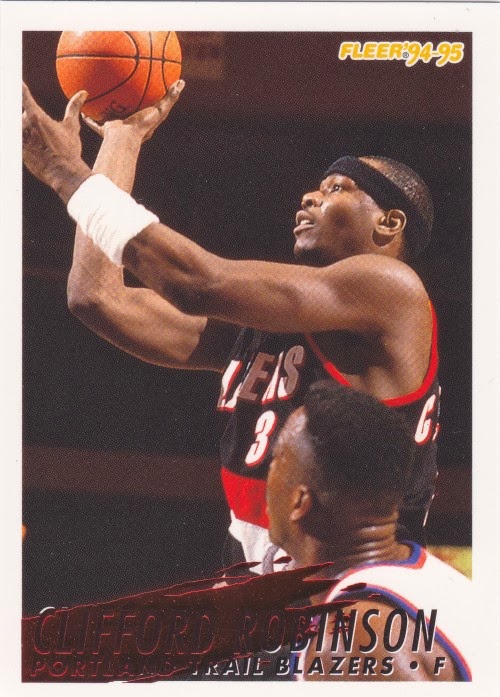 188 - Clifford Robinson - Here's a Blazers card for me. The foil is not my favorite thing that Fleer has done. 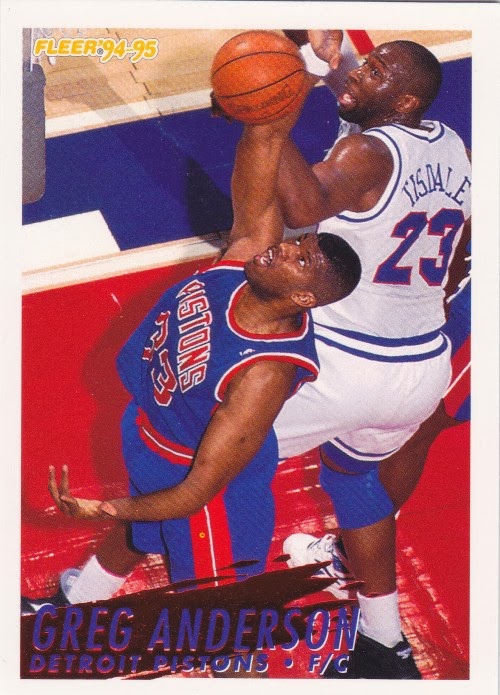 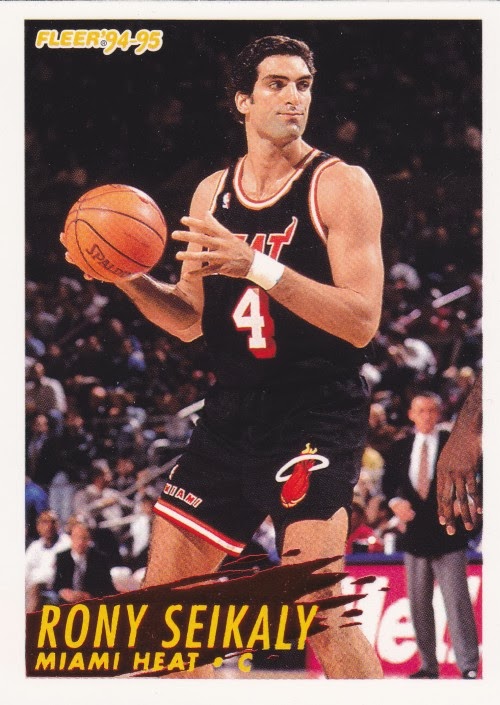 120 - Rony Seikaly - Seikaly is a throwback to an era when it wasn't ridiculously easy to completely loathe the Heat. 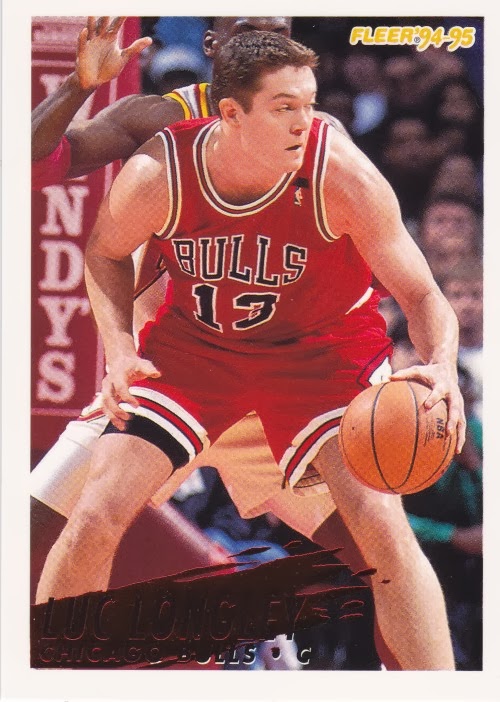 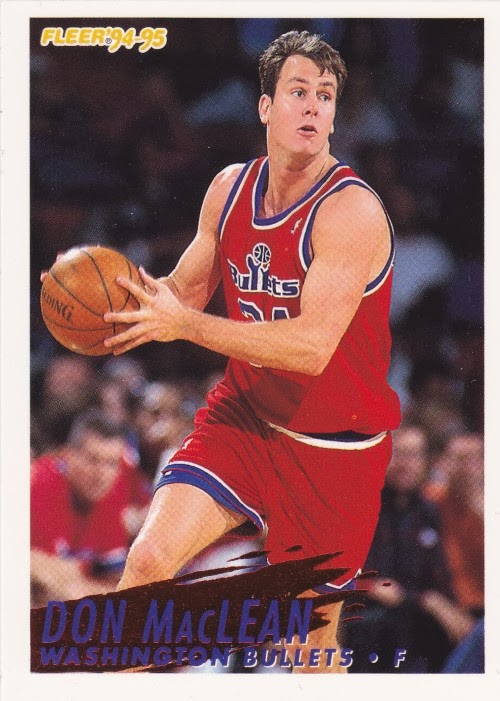 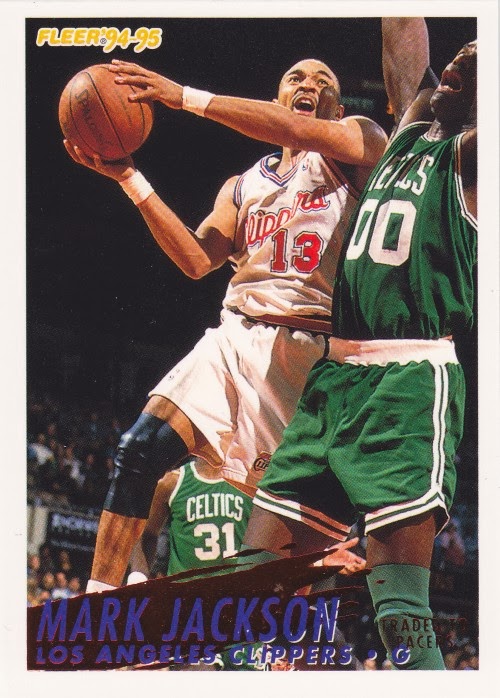 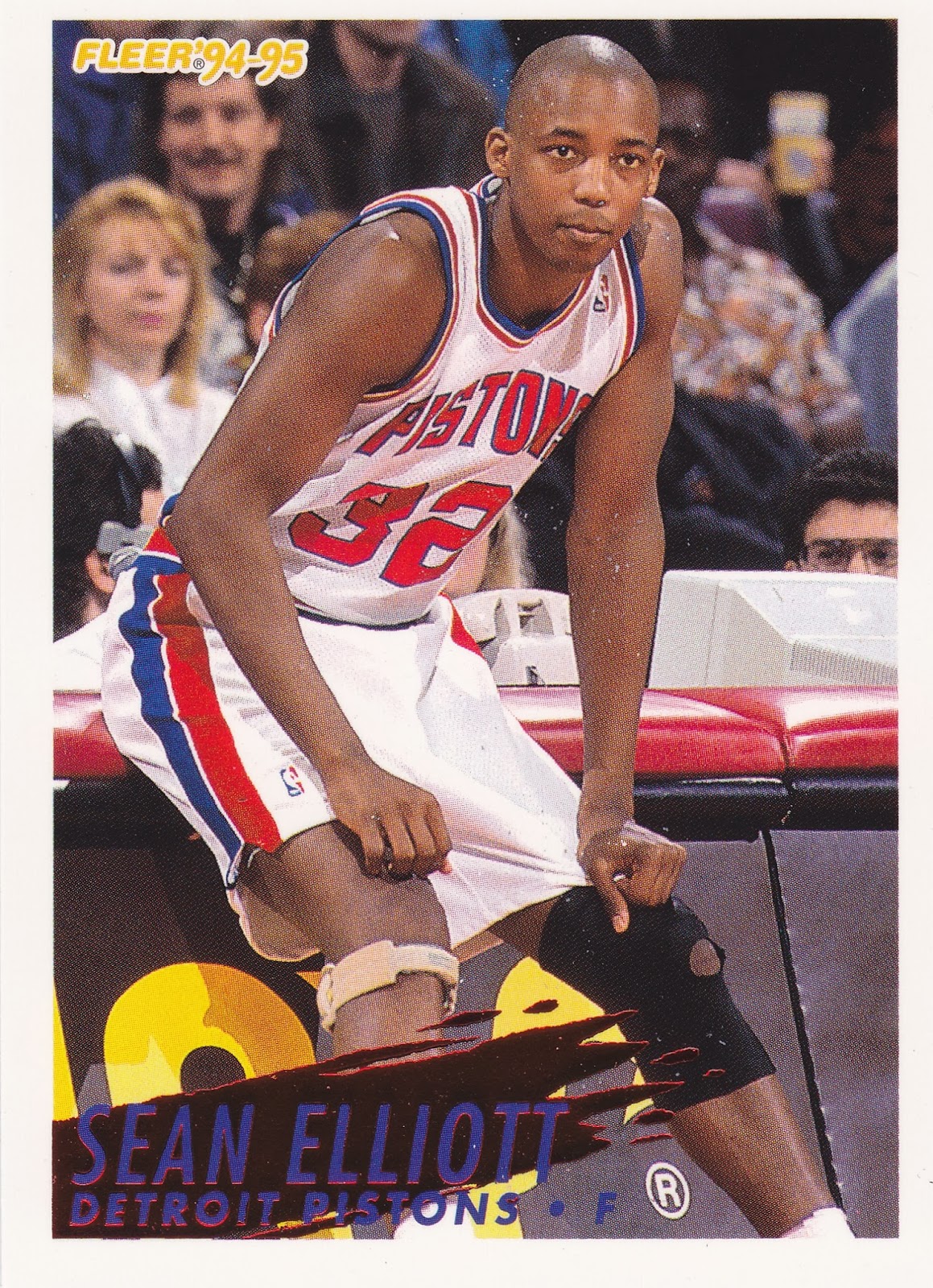 66 - Sean Elliott - There was one season where things got really weird and Sean Elliott wasn't a member of the Spurs for some reason. Look how sad he looks! 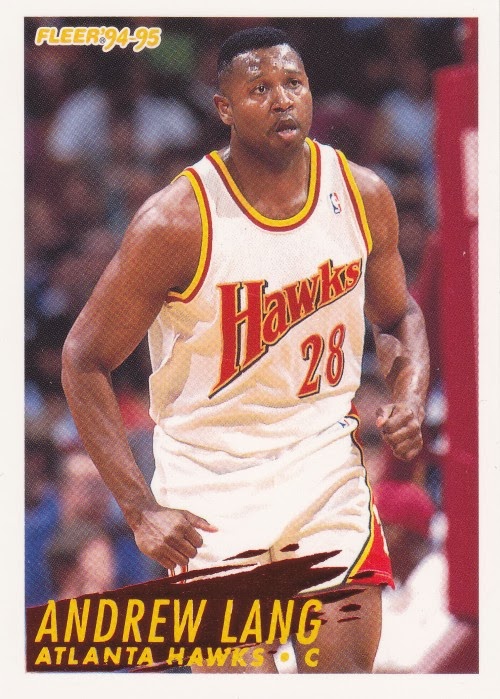 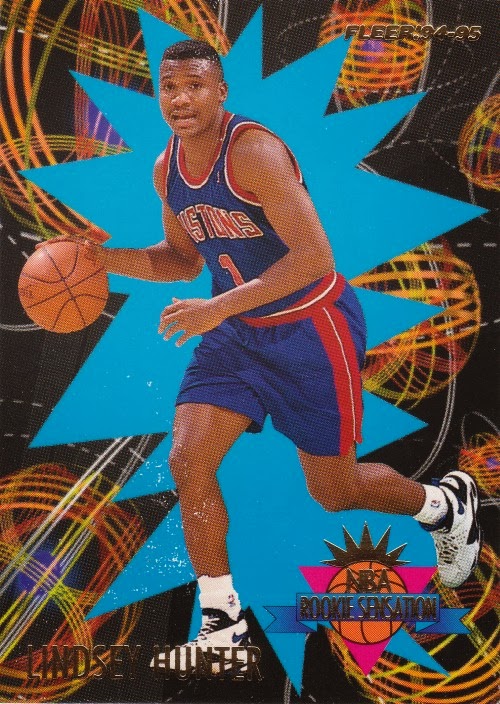 11 - Lindsey Hunter Rookie Sensation - There was once a time when Rookie Sensations were a big deal. This card just look like it's throwing up at you and screaming at you at the same time. Also, Hunter looks like he's pushing 35 already. 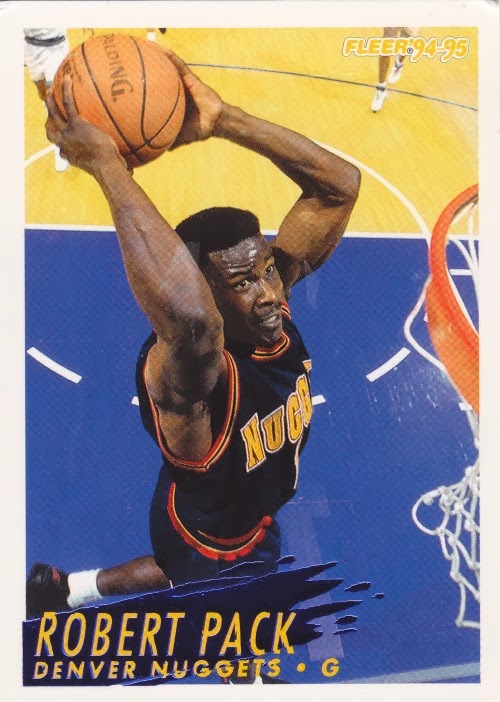 59 - Robert Pack - This card has terrible corners and a huge crease in it. In the middle of a pack! What gives? 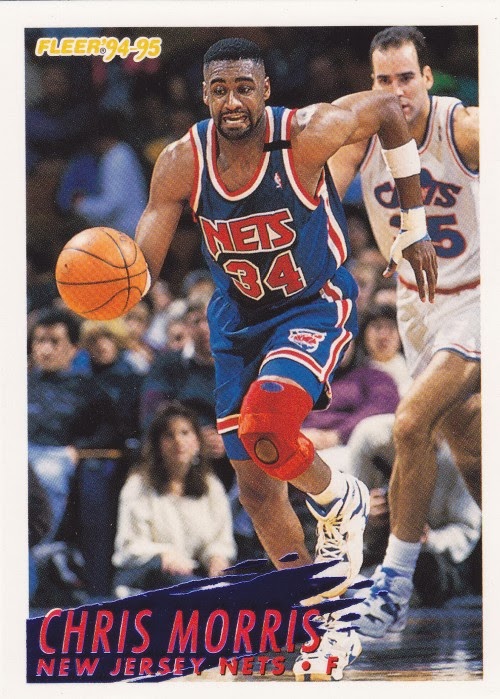 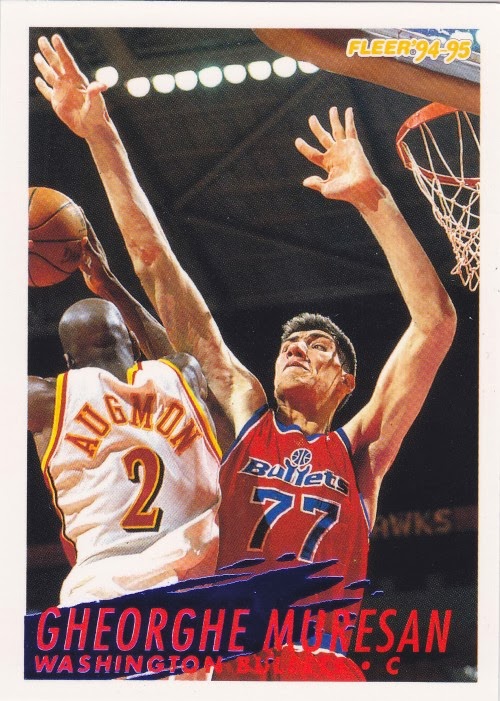 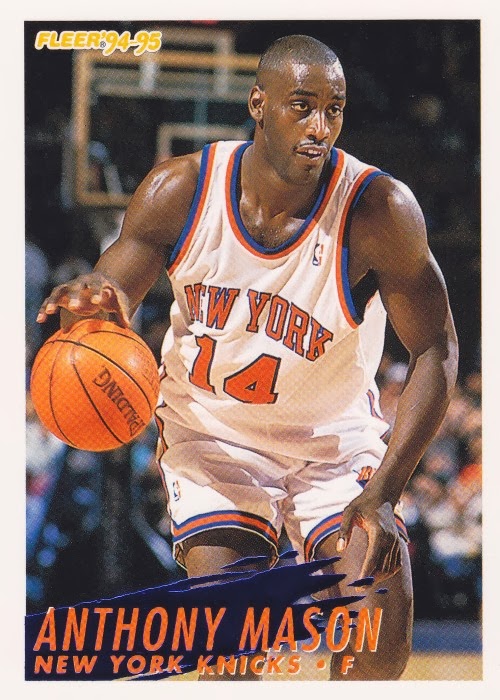 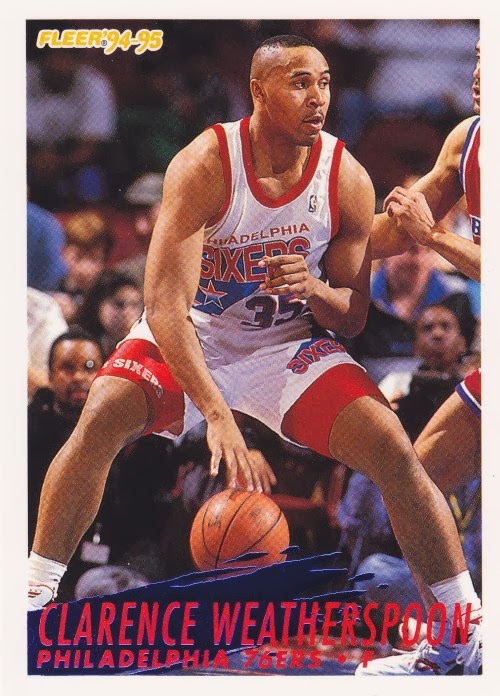 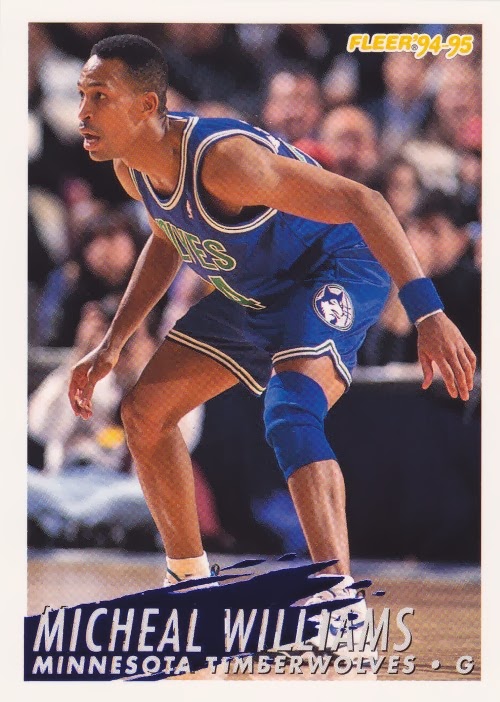 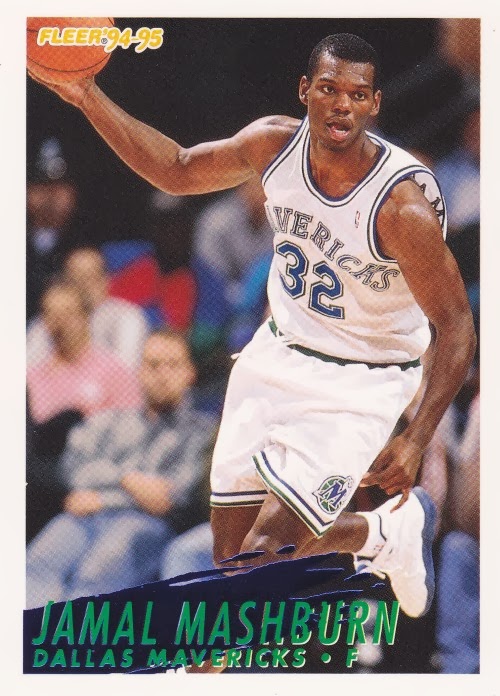 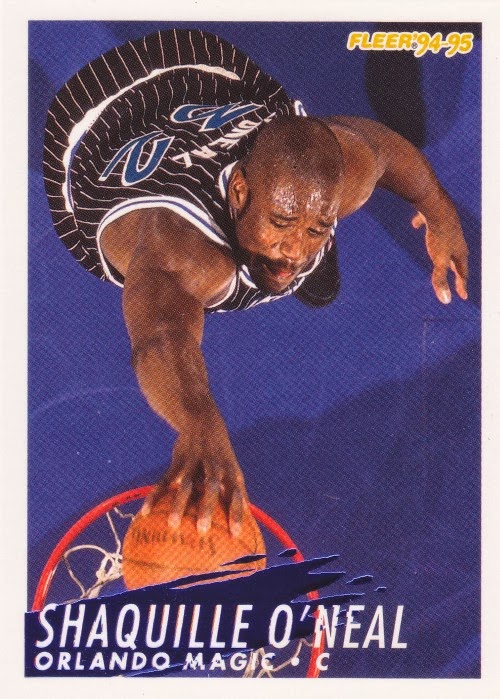 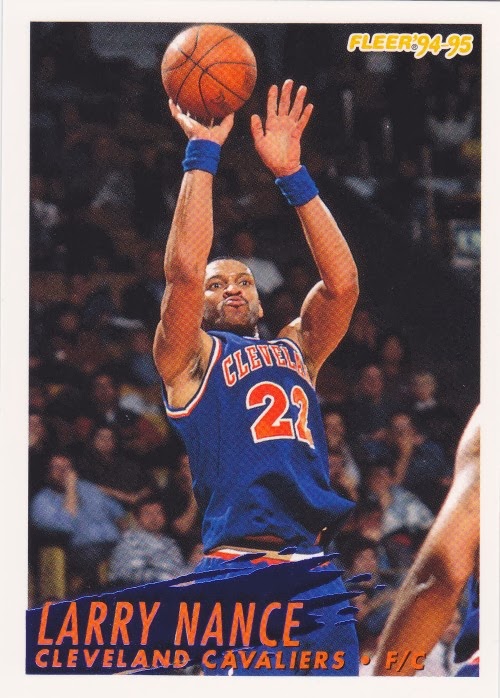 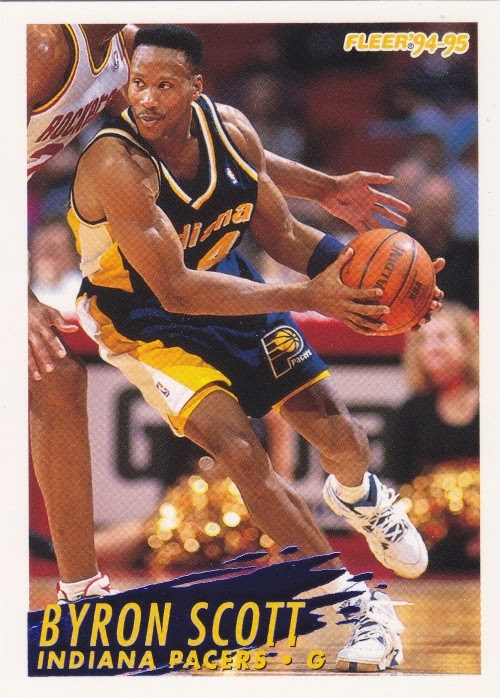 94 - Byron Scott - Scott was fired by the Cavs a year ago and still doesn't have a job.

Mash could light it up, but when I played ball, that would be called "carrying" or traveling.

Of course, when I played ball, we were still shooting into a peach basket.

Man..were basketball shorts halfway up the thigh that recent? Now we have guys that wear shorts that might as well be loose capris.