Written by JediJeff at 3:16 PM
I was about to post this, when I noticed I had posted in almost a year ago. I double checked to see if this was just a pack I had in my scan folder and failed to move to the posted, but the cards didn't match. It was then I realized I mistagged the cards last year. Those were the 2011/12 release of Rookie Anthology. I updated the name, and now I should stop blabbing about being an idiot and just get the cards posted. 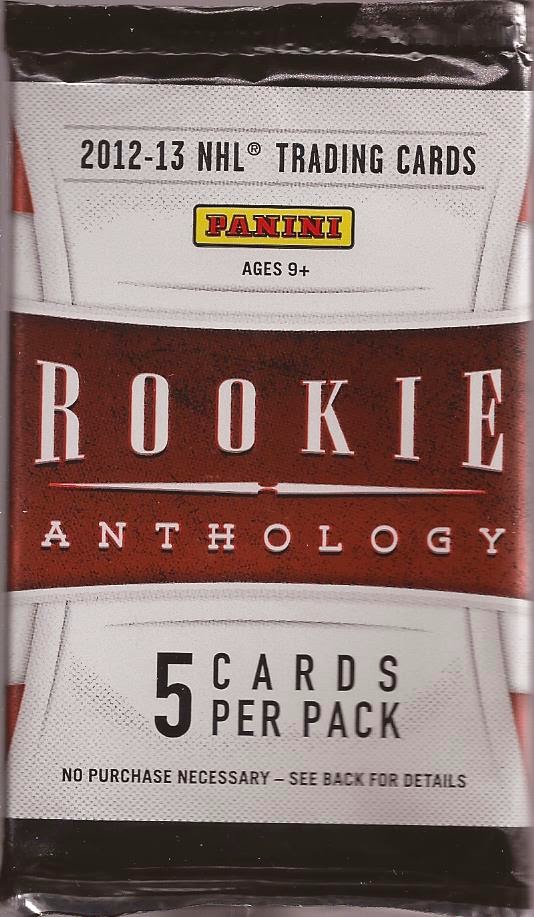 Five card pack from Panini. No player as the face of this release. Pay close attention to the pack - it mimics the card design. BTW - notice the "no purchase necessary" on the front. I'll be honest, I long tossed the pack. I forget what you could win. I think it was a trip to the 3 HOFs that Panini has a license to create cards - hockey, football and basketball if I remember. 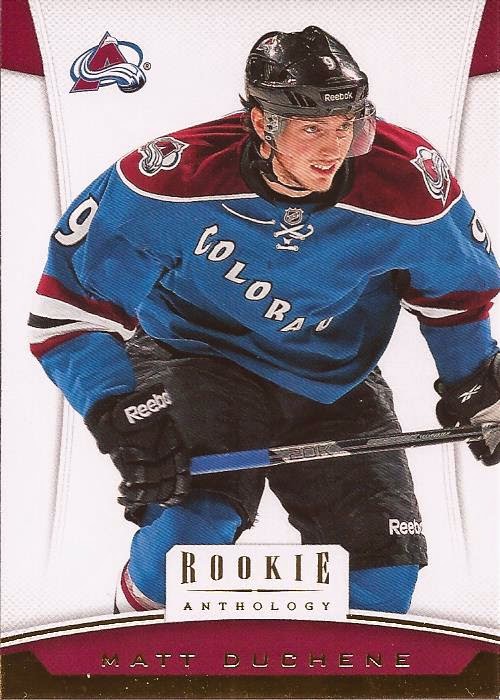 Like I said - look at the pack. It's the design (for the most part) of the cards. Panini sure loves foil, but usually in the wrong place. They used it well on their Score release, as in they hardly used it, and not for the player's name. On many of their other sets, though... Simple design. Really bright, though, with the plain snow background. 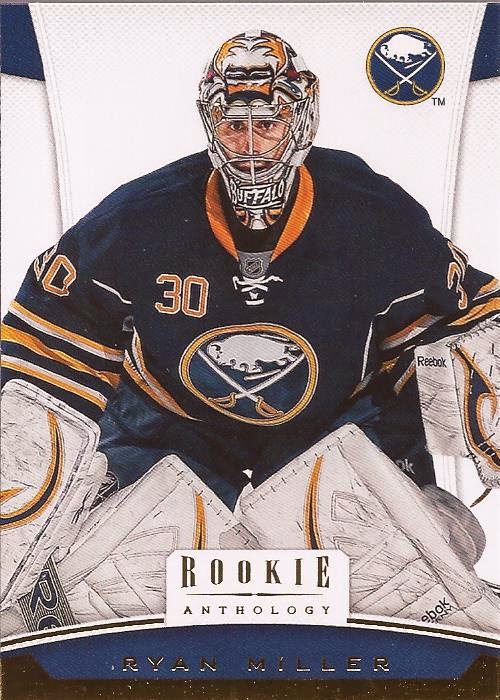 Thank GOD the Buffaslug was taken out back like Old Yeller. Take away the white piping and this is how the Sabres should look. 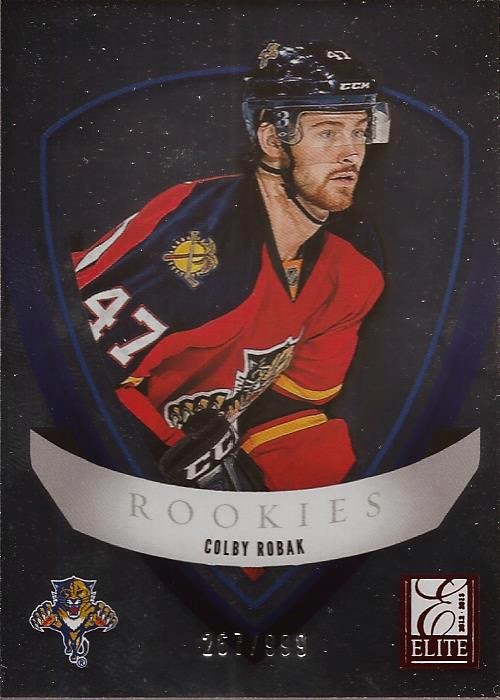 All foil-y. All bad. This is not how you make a hockey card, serialed or not. Granted, you can see the player's name, but it's dreadful. 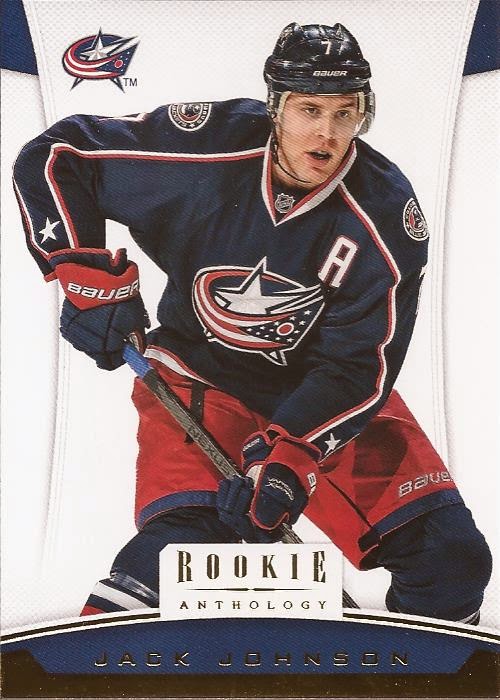 I got nothing. The Blue Jackets are desperately seeking an image. This isn't it..... 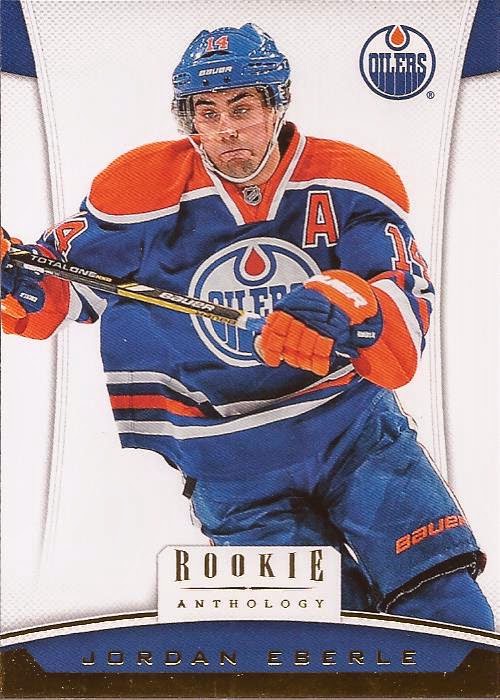 ...but this is. The Oilers went back to what worked, because it works. It's a great uniform. They have the look, they have the players - why does the team suck so bad? 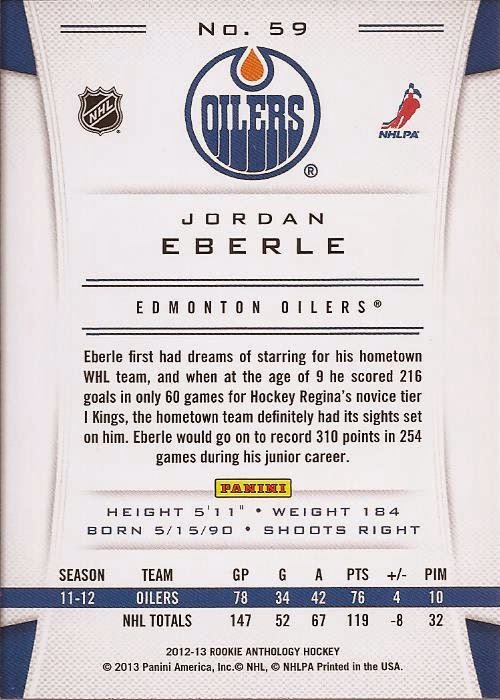 All players get a HUGE team logo with their name and bio information, last year's stats and a total. Complete copy in design of the front. At least we don't have photo filter applied image recycle.