Written by JediJeff at 2:00 PM
This was a set I was so excited to hear returning. I am still building the last of the two baseball releases (SPs) and I have been trying to scoop up a set of the only release of hockey until this was announced. Then the cards came out and..... Well, let's just get to them. 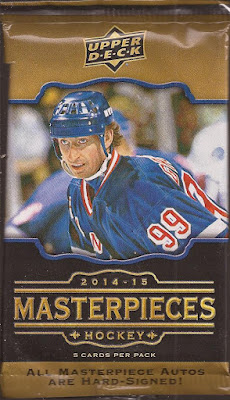 You can't go wrong with the Great One on the cover. He is shown as a Ranger. To me, that is the third uniform I remember the man wearing, with Oilers and Kings before the Rangers. At least he is not shown as a Blue. Just five cards in the pack. 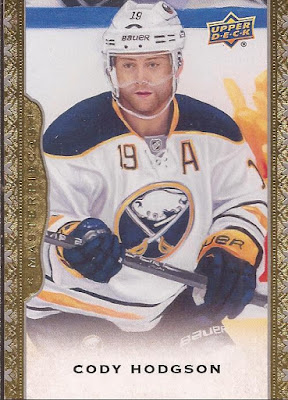 I was very disappointed with the release. The design is bad. That's really the only word I have for it. Too much foil. That Masterpieces foil logo unbalances the entire card. The images - it depends. Some are well done and others are not. 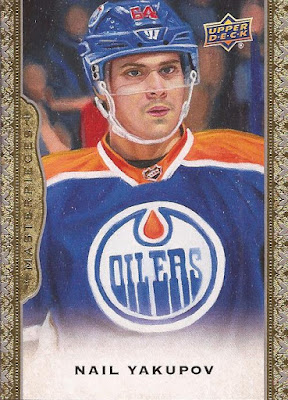 Hot as a rookie. Slight sophomore drop off. Picked it back up in his third campaign. He's just on a bad team. Let's see how season 4 goes. 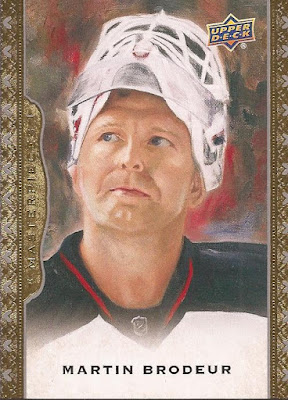 I think Marty finally retired. Something he should have done a couple seasons ago. Look Brodeur - you had a great career. Three Cups. All time leader in wins, shut outs, and games played between the pipes. Going to the Blues looked bad. 25 years from now, it won't be remembered as much as it is currently, but it tarnished your exit from the game. 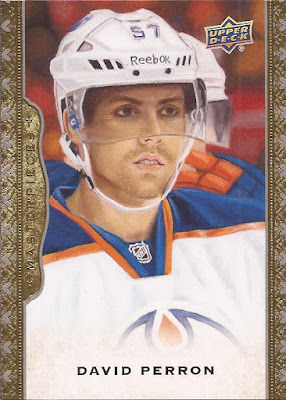 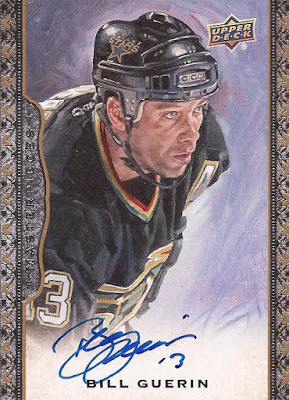 I did pull a hit with this nice on card auto of Bill Guerin. One of the nicer images in the set. The foil is a slightly different color - silver. Base signature, as you can also pull red framed and black framed. The signatures come in different groups and Billy is the most common group to pull. Still, nice auto of a decent player.

I like the Guerin, but why on earth would you choose that particular uniform in Dallas Stars history to put on a card in 2014/15?

I'm not wild about the frames. I'll take my masterpieces unframed. Ruined a favorite set comeback for me.