Written by JediJeff at 5:00 PM
Have a basketball pack today here on APTBNL. From my scan folder, we have an Upper Deck release from a few years ago. Since UD hasn't had an NBA license for years, this set is of NCAA players.

No shock that UD would put a Tar Heel'd Jordan on the pack. This is a mid high end product. I believe on release there were $10 a pack for 5 cards. If you have seen any of Upper Deck's other SP releases, this falls right into line with the look and feel. 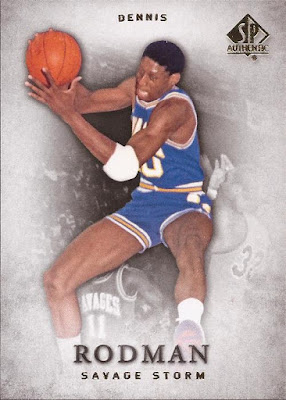 The Worm. As usual, you get UD's great photo selections. Foil appears on the UD logo, the player's first name and the school nick name. The player last name is printed on the card stock in a dark grey/black. You see the monotoned background to bring the focus on full Technicolor® Rodman. 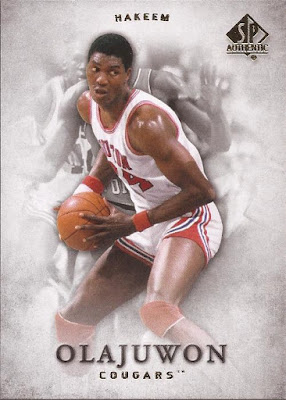 This set is basically the stars of the NBA as collegiate players. If I recall, Hakeem was a member of Phi Slamma Jamma. 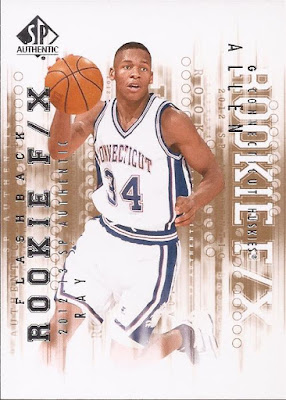 Insert alert. A little on the busy side, these Flashback Rookies fall one per pack I believe. Really, it's just more of the same players as the base, just with a different look. 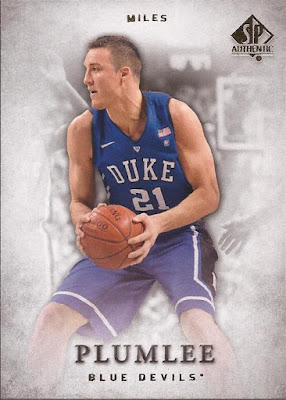 WHO??? Miles Plumlee? Shows how out of touch I am with the current NBA as this name is totally clueless on me. But Google says he plays for the Bucks and has a nickname of "the Colonial Revival". Ok - that is a lame ass nickname. 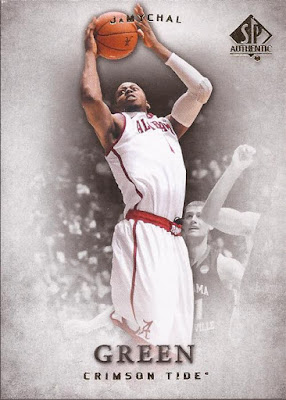 From the angle of this card, you almost think it's Panini with a shop job on the uniform. There's my 5 and no hit. Oh well. Here's the card back. 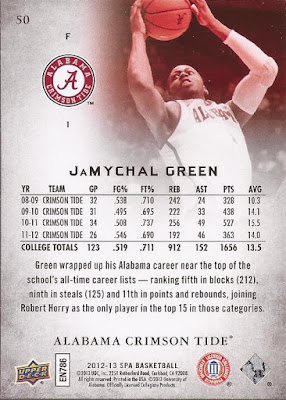 The world is full of giant Plumlees.