Written by Rebel Coyote at 1:37 PM 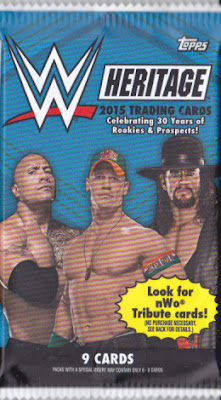 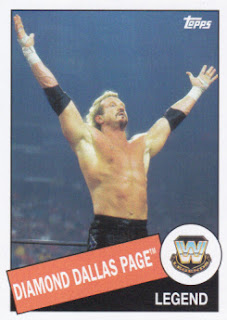 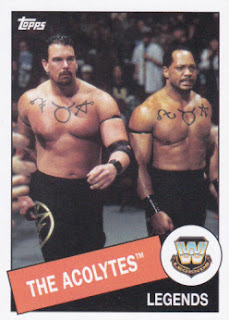 2 - APA - Ron Simmons and JBL of kicking ass for money and beer. Funny they used the second name (originally called Jackalyes). JBL would go on be a millionaire cowboy and does commentary work in WWE. 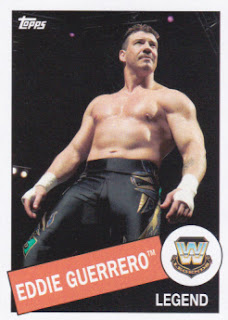 19 - Eddie Guerrero - Viva la raza! The late Eddie Guerrero who passed away 10 years ago. He battled his demons making it the top beating Brock Lesnar for WWE World Heavyweight title in 2004. 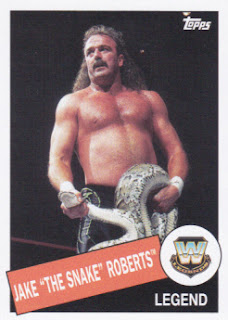 25 - Jake Roberts - one of my favorites growing up. Master of psychology in the ring he has his battles of drugs and alcohol. Reportedly doing well with help of DDP. 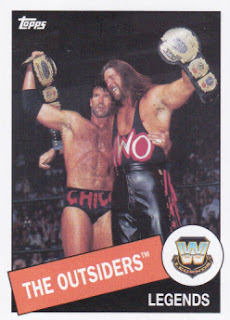 36 - The Outsiders - Hey yo! It's Scott Hall and Kevin Nash immediately ran through WCW when they debut and created nWo with Hulk Hogan. 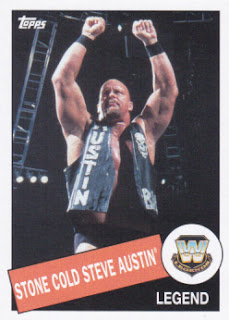 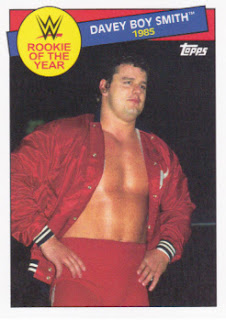 3 (of 30) - Davey Boy Smith - Rookie of the Year subset. DBS made his debut along partner Dynamite Kid winning WWE tag team titles once. After fall out with DK he went on singles running winning Intercontinental and European title. Pass away in 2002. His son wrestles in Japan. 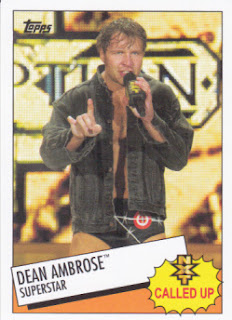 11 (of 30) - Dean Ambrose - NXT Called Up subset. Dean Ambrose debut along with Seth Rollins and Roman Reigns in Survivor Series 2012 forming The Shield. Has battled his way to main event status. 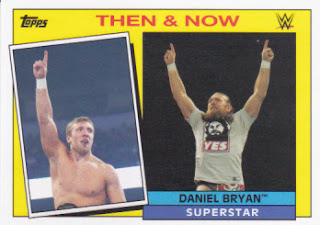 7 (of 30) - Daniel Bryan - Then and Now subset. Daniel Bryan when he debut in first ever NXT to leading Yes Movement. He has whirlwind of ride of being fired, re-hired, rising to the top winning Intercontinental title then later on World Heavyweight title. Teamed with Kane forming Hell No then went on singles run becoming WWE World Heavyweight champion only get taken away by The Authority. He led the "Yes Movement" fighting his way to main event Wrestlemania 30 winning the title once again. Injuries has stopped him from wrestling.

If you are fan and love the old school design this set is for you.

They used that same picture of Jake the Snake Roberts on his 2012 Heritage card. Surely there are more photos of him out there to choose from?