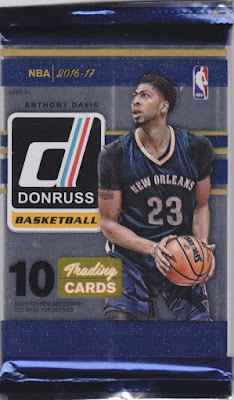 Here's a new-ish pack of cards from the current NBA season. Panini is really milking their 1990 Donruss inspired design for all its worth. A similar look will be used for the 2017 baseball set as well. 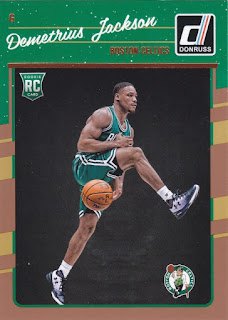 185 - Demetrius Jackson - Here's a D-Leaguer doing a thing with the ball. All of the rookie photos are studio shots as usual. 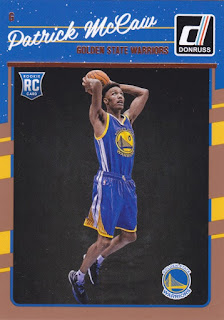 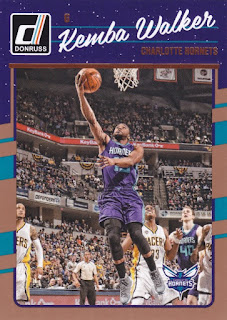 44 - Kemba Walker - On to the action shots. All of the cards have team color influenced borders, but they also have some sort of bronzish goldish lean to them as well. 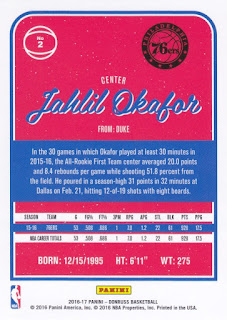 2 - Jahil Okafor - Panini went away from the classic horizontal Donruss card backs here in favor of minimal stats, a blurb, no photo and a lot of dead space. Definitely my least favorite thing about these cards. 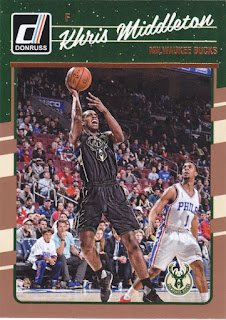 7 - Khris Middleton - Underrated player who plays for a team that doesn't get noticed a lot. 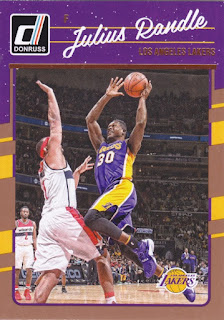 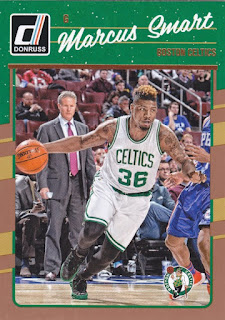 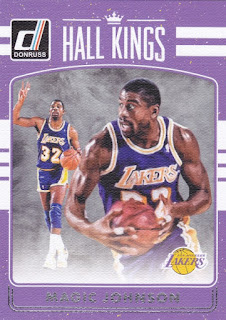 24 - Magic Johnson Hall Kings - Insert alert! While the base cards are fairly thick and glossy, these Hall Kings (along with Court Kings) are just like this past year's Diamond Kings baseball set. 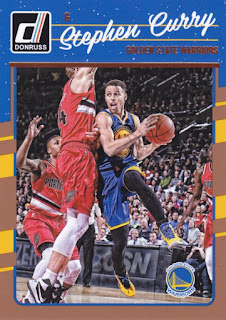 135 - Stephen Curry - This is the first time in five years that Curry's mouthguard hasn't been hanging out of his mouth. 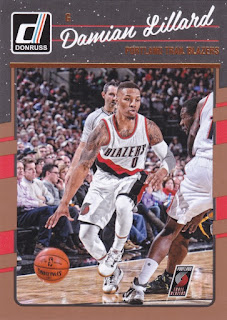