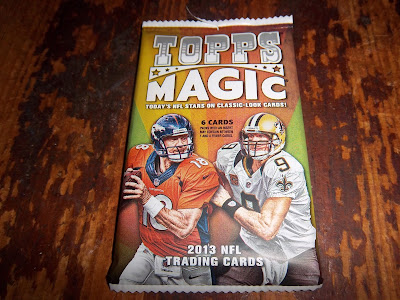 I purchased an 8 pack box at a local show today for $6. The following is the best pack in the box.

The first card was a rookie Kenbrell Thompkins was Tom Brady favorite target for about a month. 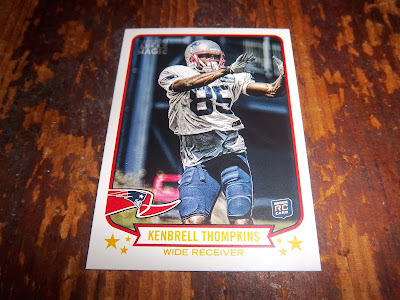 Next card I will show last as it was the hit of the box.  The third card was an Aerial Attack Russell Wilson which are stated at 1:4 packs 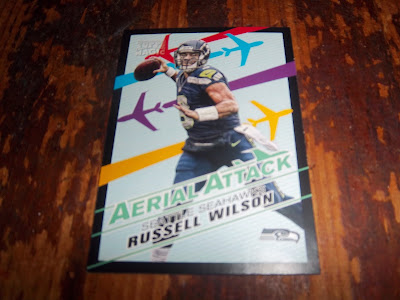 The Fourth card was a base mini of Maurice Jones-Drew of which there is a mini in every pack. 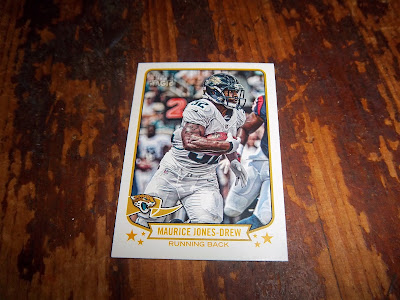 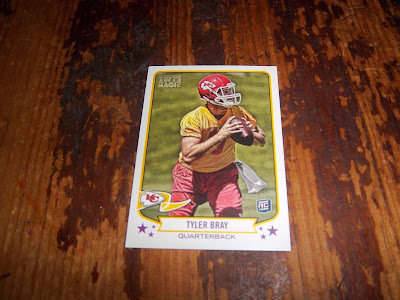 The final card was a Rookie Tyrann Mathieu. 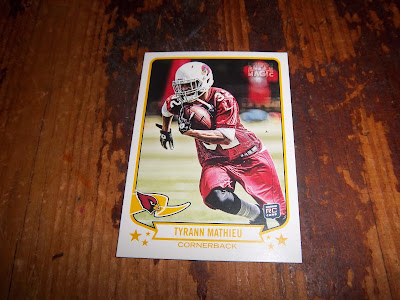 Here is an example of the backs and the difference in size of regular and the mini's. 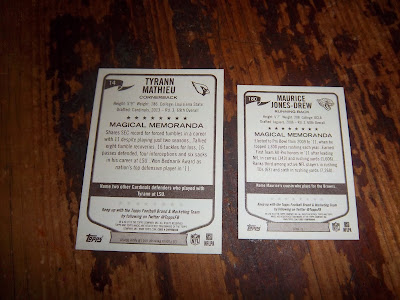 As for the Hit it was a base Autograph of Seattle Seahawk Safety Earl Thomas odds stated as 1:25 packs. So not a bad pack as included 3 rookies 1 Aerial Attack 1 mini and the Autograph. As for the rest of the box it wasn't bad as I also received 3 not base mini's which were Green 1:8 , Black 1:16 & Blue 1:48, another Aerial Attack 1:4, Ground & Pound 1:6, Rookie Enchantment 1:6. So was happy with the purchase. 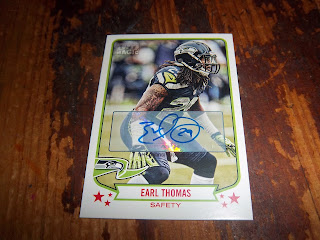 Nice pull and cards. I thought I had picked those up in the past but don't remember them. I may have to grab a pack if I ever come across them. Good post.