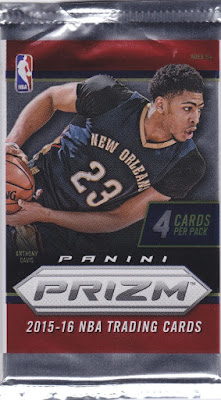 I've been a big fan of Panini Prizm line, at least when it comes to basketball, and last season's effort was no exception. I bought a number of packs at a discounted rate recently, and here is one of those packs. 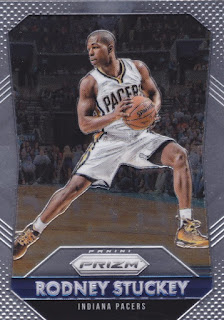 52 - Rodney Stuckey - The plucky Stuckey (I assume he's been called that before) is a 10 year vet who is the current backup point guard for the Pacers. 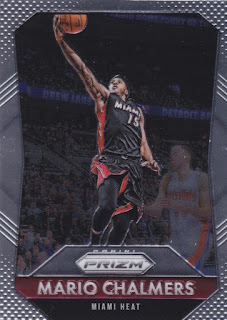 104 - Mario Chalmers - Chalmers was a long time Miami Heat starting point guard who has been out of the league this season while recovering from a torn Achilles. 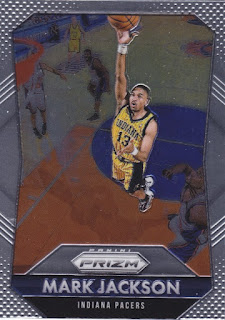 294 - Mark Jackson - I really like that Prizm includes the occasional retired player. Jackson had a long and distinguished career in the NBA. He's currently a broadcaster (analyst) with ESPN and famously served as the head coach for the Golden State Warriors during their ascent to the top of the league, only to be replaced the season before their championship. 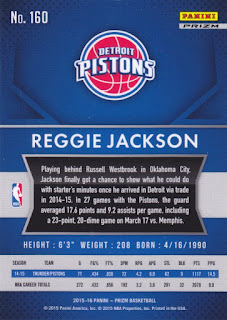 Here's a look at the back of the card. And if you sensed a theme with this pack, you were right: it's all point guards here.

Is the green Reggie Jackson available for trade?