Written by Josh D. at 9:00 AM
I have long wanted to post something on APTBNL, but I don't buy a ton of packs, and by the time I get around to buying repack boxes and find something cool, someone else usually has posted it ahead of me.  But not today!  Today (courtesy of a throw-in pack by The Junior Junkie), I take you to the magical world of 1991 ProSet "Yo! MTV Raps" MusiCards....

Picture yourself in the early 90s -- Your pants are big, your hair is tall, Dan Quayle is trying to get you to spell "potatoe", and someone else just beat you to the last pack of Topps Desert Storm at your local Pamida store.  In your frustration, you grab a pack from the next box over that looks a little something like this: 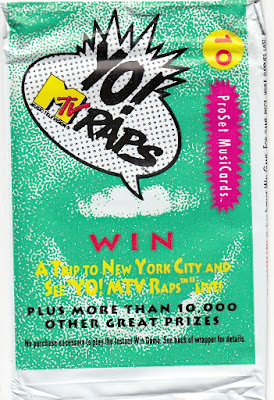 That is one of those stretchy plastic wrappers like early Score baseball was packaged in.  Let's crack this baby open! 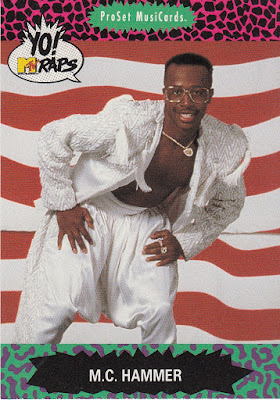 Yeah!  Everything I said about big pants has come to life right here in front of our eyes.  Here's the back - All of the backs are similar, with a "factoid" and some other demographic information. 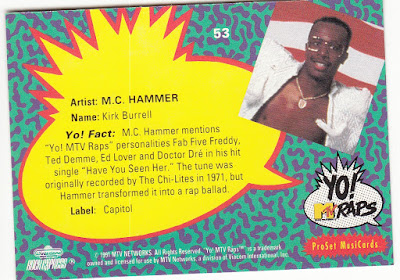 After that came Public Enemy.  Flavor Flav loves him some clocks. 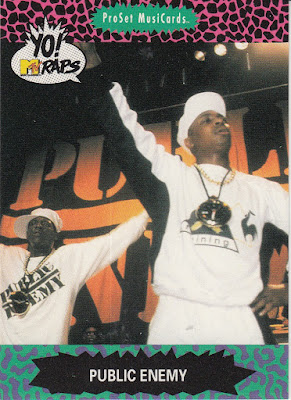 He's young, and he's an MC.  I think I am safe describing him that way. 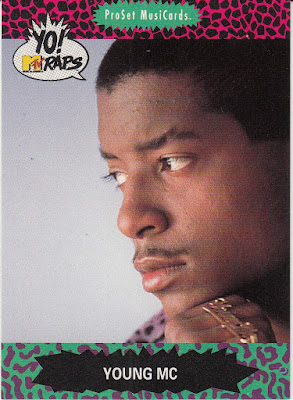 Apparently he was the host of Yo! MTV Raps.  I never saw the show myself...too young and/or sheltered. 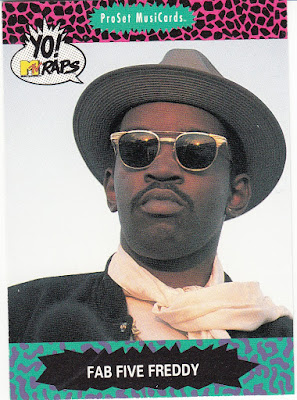 Never trust a big butt and a smile. 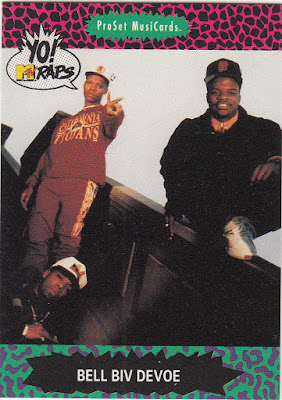 These guys were new to me... 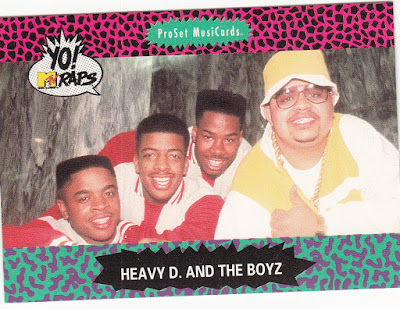 They're no Darren McFadden...just the original Run-D.M.C. 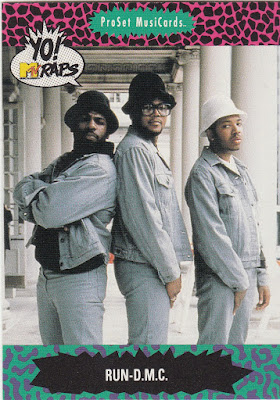 You're just a butter knife, I'm a machete. 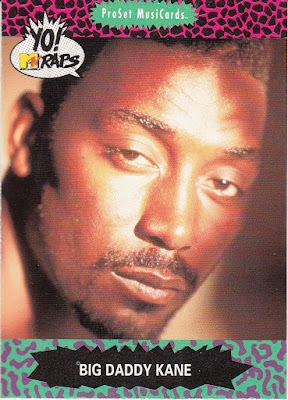 Paris is new to me...apparently he is still around -- his music is heavy in political content. 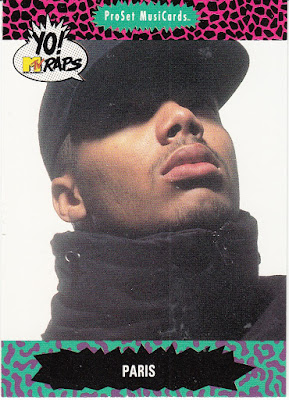 And for the last card in the pack....It's Mr. Van Winkle! 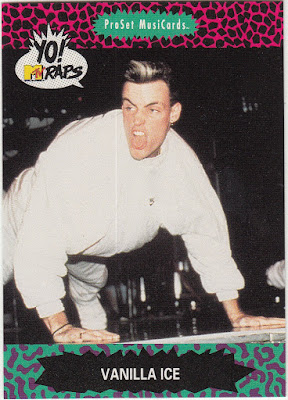 If you've got a problem, yo I'll solve it...check out the hook while my DJ revolves it.

That's all we have.  Overall, this was a pretty solid pack.  It didn't have Kriss Kross, in it, though.  Boo.

Readers:  Do you remember any of these guys?  Which card  / song / video was your favorite?

Surprised Heavy D was an artist you didn't know. Then again - he died far too early.

Gotta love the Hammer, and I LOVE that 2nd girl from the left in the gif. She just wants to bust it out through the whole video. But my money is on Young MC. I must watch "Bust A Move" at least once a month. And speaking of that time frame.....

Paris is the only one I've never heard of. I'd have to disagree with Hammer, those cards are worth touching. That probably sounds creepier than it should. I may be the only card blogger who listens to country music regularly but these guys take me back to my youth and listening to K104, the most popular local radio station.

I remember all of these guys. It's no contest... Run DMC takes the cake for me. However... I still listen to Public Enemy and Heavy D from time to time. I hadn't heard or though about Paris in years. Thanks for sharing.

I'm glad I could spur on all your nostalgia-listening and take you back 25 years..

Most of this stuff was pop wrapped up in a prepackaged genre, but Public Enemy was one of the first socially conscious hip hop groups and Run DMC were innovators of style and sound.