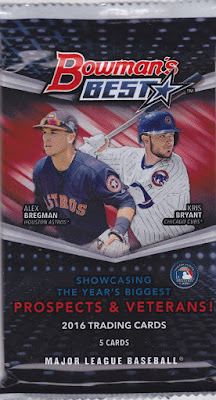 Bowman's Best may not be considered a high end product in the strictest sense, but when you're someone who balks at spending more than three dollars or anything, this is the sweetest plum. This was part of my December Loot Locker purchase. 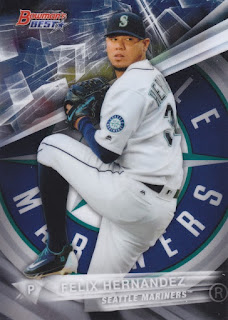 62 - Felix Hernandez - This is one of your standard prospects + vets sets that typical come out under the Bowman brand name. This was the only vet in the bunch. 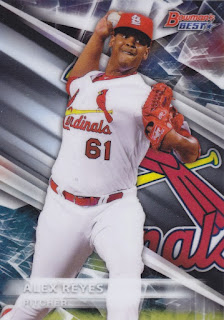 TP-30 - Alex Reyes Top Prospects - One of the most exciting young players in the Cardinals organization. I was happy to add this to my collection. 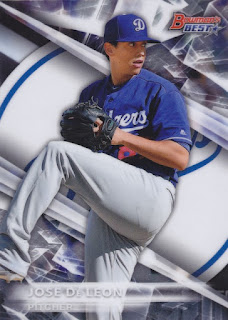 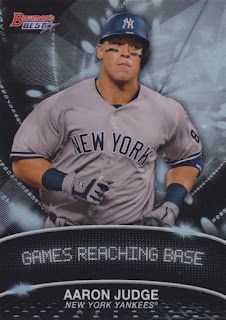 SL-AJ - Aaron Judge Stat Lines - Each card comes in an Atomic Refractor parallel version, including the inserts like this one. This isn't an Atomic one, though, but it is shiny. 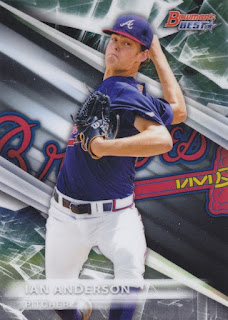