Written by Johngy at 11:39 AM
The 1975 Topps baseball card set is the first set I ever tried to complete through pack-purchasing.  I fell just a handful of cards short (Danny Cater and Mario Mendoza come to mind).  The set consists of 660 cards and includes subsets of milestone cards, four-player rookie cards, MVPs, League Leaders, and Playoff and World Series Highlights.  The cards were standard size, although there was a mini-set version that measure 2 ¼" by 3 1/8". 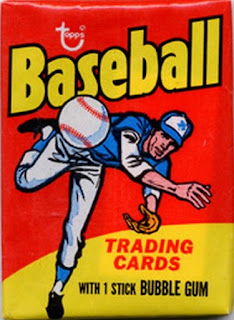 Backup catcher Rick Stelmaszek is airbrushed into the Chicago Cubs uniform.  His MLB career was over by the time this card was issued, but he went on to a very long career as a coach for the Minnesota Twins. 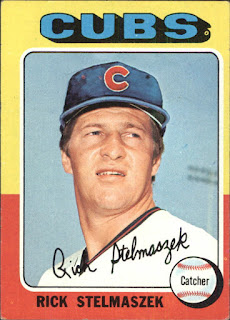 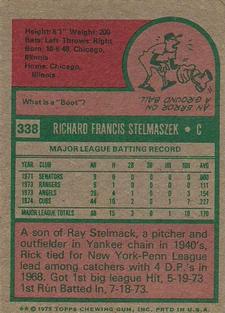 Bart Johnson was coming off of his best year, but unfortunately would miss the 1975 season. 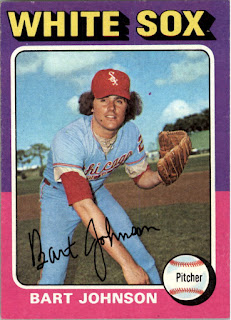 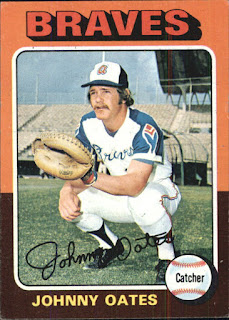 Catcher (and future pitching coach Dave Duncan) is shown in a rare dugout shot.  Duncan also appears mistakenly on what should have been Larry Haney's card. 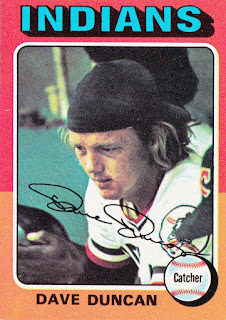 Topps used the up angle to hide the fact that the picture of Steve Arlin is from his time with the San Diego Padres.  After pitching eleven games for the 1974 Cleveland Incians, Arlin's career was over. 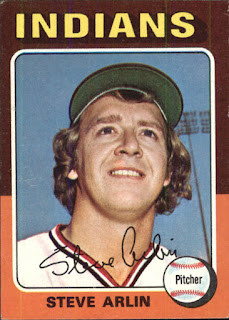 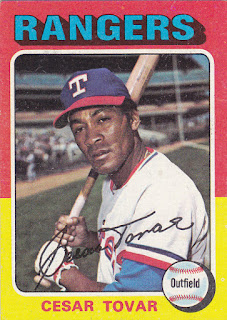 It's always great getting a Hall of Famer.  Tom Seaver was at the peak of his career when this card came out.  It is a great shot, featuring Seaver with the jersey over the windbreaker look popular back then. 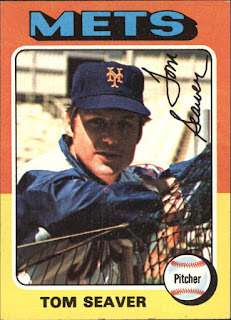 Badly airbrushed into a St. Louis Cardinals cap, Claude Osteen was already with the White Sox by the time this card was released. 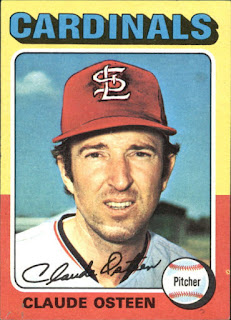 Joe Torre displays another badly airbrushed cap after his trade to the New York Mets. 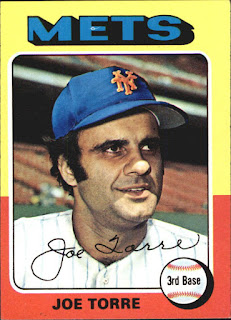 I loved this Rudy Meoli action card.  It was only years later that I realized Meoli probably popped up to the catcher in this at bat. 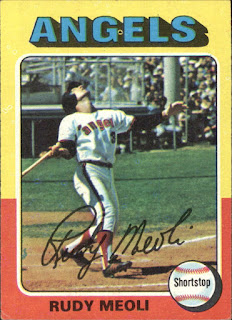 Osteen looks like that airbrush job has made him sick.

That wrapper is awesome too!

The great Rudy, doing what he did best.