Written by Kin at 12:05 AM
I can't say that I know much about these cards or even this show.  Heck, the cards are from my birth year!  I came into this pack last week and want to share.  It appears to have been opened and all the cards were there.  The only thing missing was...the piece of gum.

I was able to find this from Cardboard Connection:

"Arriving in the hangover of the original Star Wars, hopes were high for TV's Buck Rogers in the 25th Century. Similar to the original Battlestar Galactica, things didn't quite work out that way. But with hype often comes a merchandising blitz. That means that we have 1979 Topps Buck Rogers trading cards to remember the show by.

The base set has 88 cards, a fairly standard number at the time. Cards showcase many of the wild creatures, disco-infused wardrobe and dated effects. Borders are bright red with a white lightning pattern going around the outside. Each of the four corners has a head shot of Buck, Wilma, Twiki and Princess Ardala.

Card backs are green with an illustration of the heroic trio. The caption from the front is repeated at the top inside of an explosion with a short writeup beneath it. Like a lot of Topps sets from the 1970s, collectors are instructed to follow the set onto the next card.

Keeping in line with the company's entertainment releases of the era, each pack of 1979 Topps Buck Rogers also has one sticker. Twenty-two make up the set. These have a blue outer border and a red frame around the image. There are also a couple of lightning bolts. Sticker backs double as puzzle pieces.

Like BSG, time and nostalgia have been relatively kind to Buck Rogers. As a result, the cards still have an audience today. They're fairly easy to find, which keeps prices in check. But the colors, aliens and throwback to a strange era of Science Fiction television make for a fun and memorable release -- at least to those who choose not to forget about the show they're based on.

1979 Topps Buck Rogers came out long before autographs were a thing, at least in packs of trading cards. While they're not officially licensed as show merchandise, both of the lead stars, Gil Gerard and Erin Gray, do have autographs as part of Leaf's Pop Century line."

It's also not APTBNL's first look at these, but it's another look.  You can find the original here: 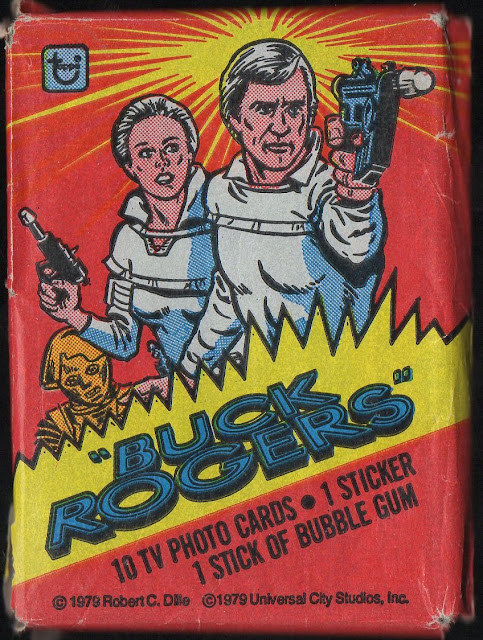 Something that I really like about the cards is the number being on the front, as well as the back. This is a front look at card #8. 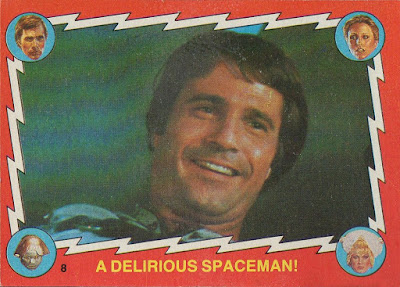 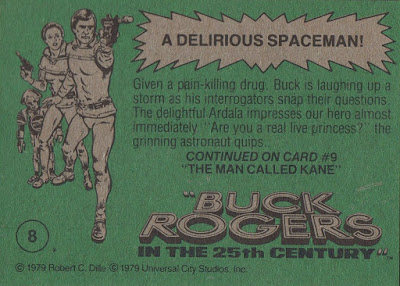 I'm not sure what it was that I expected, but I know that it wasn't a green back. 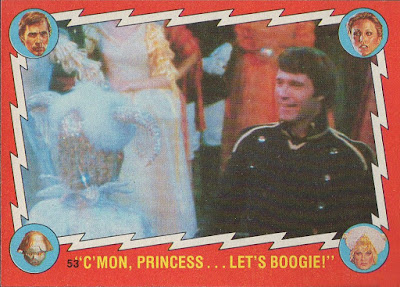 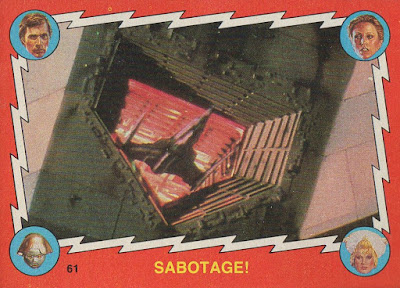 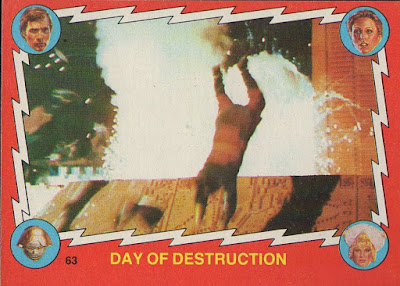 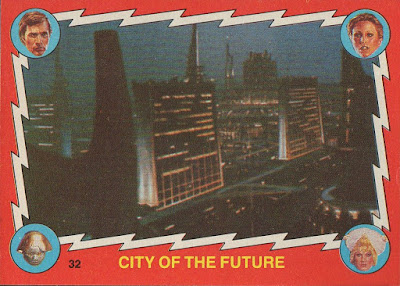 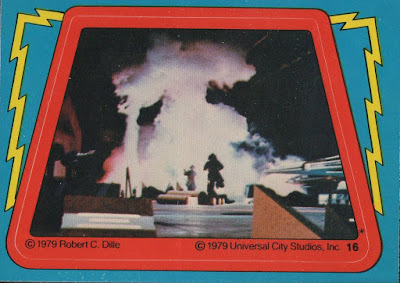 This one of the stickers that come one per pack. 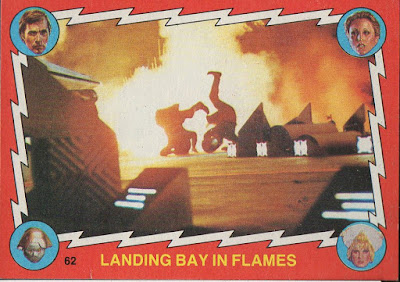 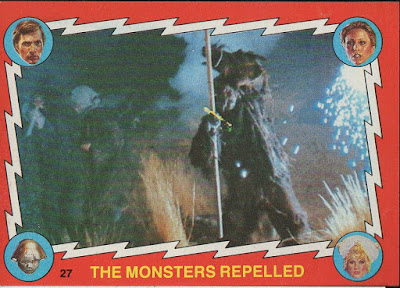 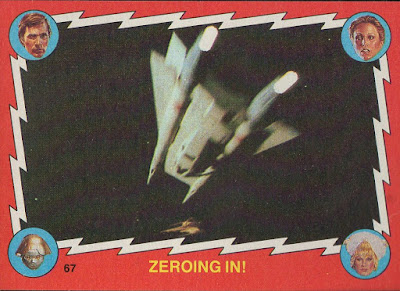 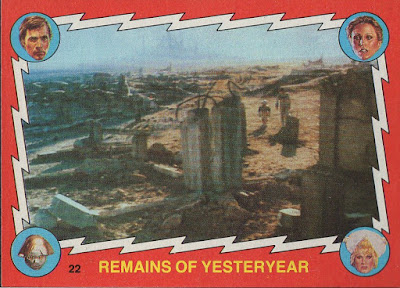 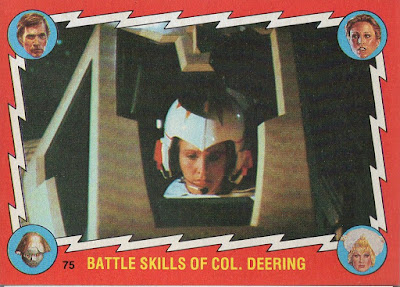 I apologize that I couldn't provide much color commentary.  The show was just before my time.  I do hope that you still enjoyed the look!

Loved that show when it was new. A few years back I got the full set of cards and stickers (with a wrapper) on Ebay for a cheap price.

The set is typical Topps 1970/80s Non-Sport set of 88 cards (some sets were only 66 cards) plus 11 stickers Oh and don't forget the stick of gum. With a little searching a full set of cards AND stickers can be found on Ebay for many of these sets usually for $10 or less. Sometimes with a wrapper sometimes not. Of course you also find full sets of just the cards going for $10-$20 sometimes more. It often takes some deeper digging and patience to find the dealers that are selling the sets w/ the stickers as well. A wrapper is a bonus in those cases.

Loved the show as a kid (Battle Star Galatica as well).