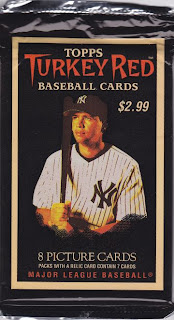 First things first: I was joking about Wade Boggs and steroids. As far as I know, the man injected nothing but chicken into his body throughout his entire career. Secondly, while it appears that Beardy already posted a pack from this set on this blog, it turns out that his pack was an imposter - it was actually from 2005. This has a different PED-abuser on the front of the wrapper. This actually picks up from where the 2005 set left off as far as card numbering goes and follows the same basic design which was reprised for the 2009 insert set. 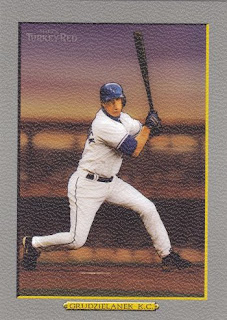 381 - Mark Grudzielanek (By the time Cardinals fans finally figured out how to spell this guy's name correctly he was already off for bluer pastures in Kansas City.) 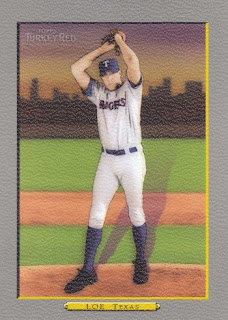 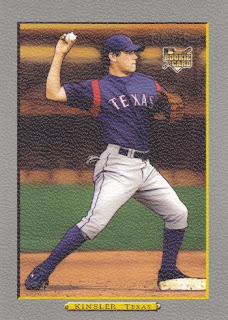 599 - Ian Kinsler (Kinsler had a pretty nice season with the Rangers this time around.) 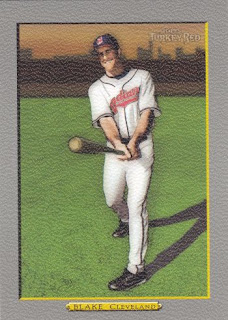 484 - Casey Blake (Even when I think I've managed to get a Dodger-free pack, I end up with someone on the current team anyway.) 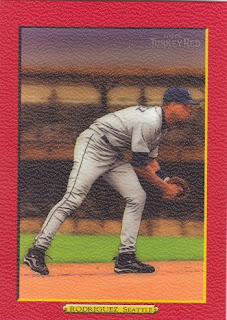 316 - Alex Rodriguez Red - Seattle (This is both a parallel and variation as apparently Rodriguez was featured in several different uniforms. I think red parallels are the default parallel to pull if you don't get one of another more rare color in your pack.) 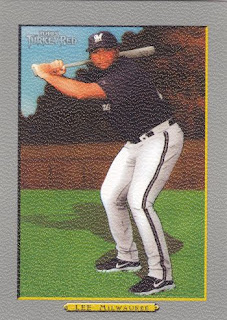 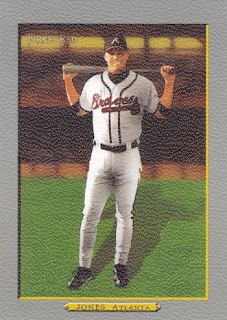 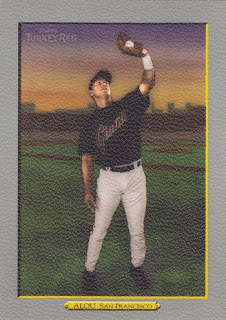 379 - Moises Alou
Normally, this is the part where I'd say that all of these cards are up for grabs, but I love Turkey Red and barely have any of the cards. If anyone out there has any extra Turkey Reds they don't need, I bet I'm interested in working something out.

I'd never get two Rangers in a pack. Nice cards.