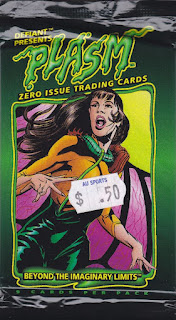 A couple of years ago (at least?), I won a big lot of random packs from Heartbreaking Cards. I still have some of those packs waiting for a rainy day... or several of them, really. After opening most of the ones that were interesting to me (i.e. baseball) and some others that had never been posted here, I started stacking objects on top of the box that held what is left to go through. I have been in a bit of a cleaning mode lately, so I figured I may as well get around to scraping the bottom of the barrel.

In other words, I have no idea what this comic-ish set is and I am not going to attempt to explain it. 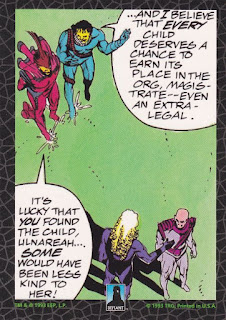 37 - (Ulnareah sounds like something unpleasant having to do with the bowels.) 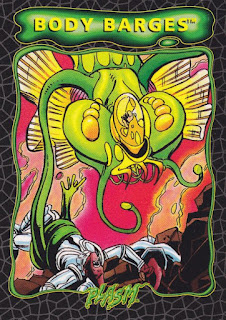 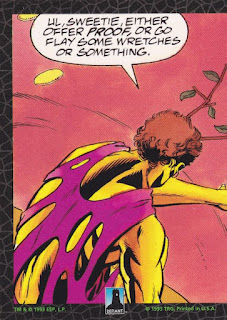 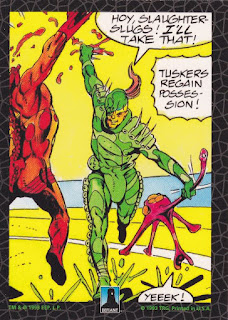 27 - (At first I thought that said "Holy Slaughter Slugs!" Nevertheless, I might start incorporating that into my everyday lingo.) 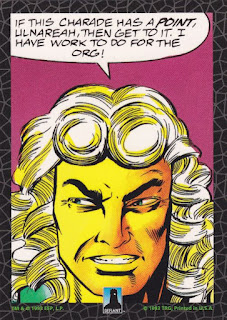 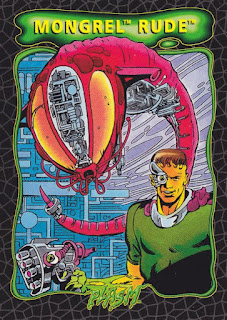 147 - Mongrel Rude (I misread this one as well. I thought this was a Mongrel Ride, some sort of futuristic amusement park attraction.) 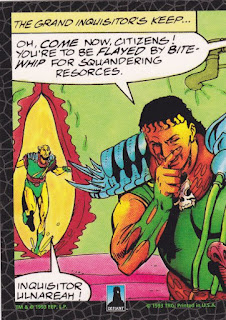 75 - (Spiky shoulder mullet guy is either cracking up, smelling something bad or failing to pick his nose properly.) 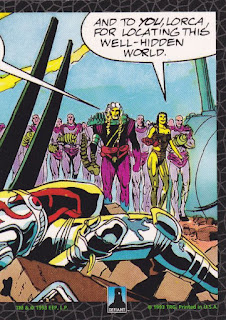 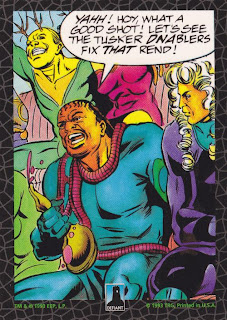 I had a bunch of Plasm cards years ago, I got them in a large box of assorted non-sport cards I picked up at Books-A-Million (of all places). When I saw the word "Plasm", my first though was of the one guy threatening to flay some citizens with a Bite-whip, so when you actually showed that card, I got a big ol' LOL out of it. Thanks, I enjoyed that! I may be the only one.

I'm happy to see that you are still working through that huge group of packs!