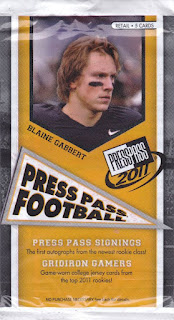 Greetings from the $1.59 section at Target. Our subject today is some college football cards from the good people at the Press Pass company. They can't be bothered to use different pictures on the fronts and backs of the cards, so you don't even get to see what the backs of these cards look like. Sorry! 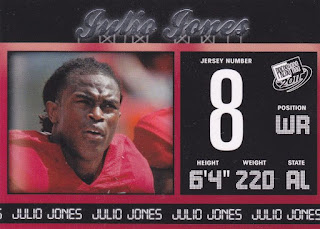 3 - Julio Jones - Press Pass opted for some weird scoreboard-ish design here and I can't really say that it works. Julio Jones is one of the top players on my fantasy team, though I admittedly know little about fantasy football. 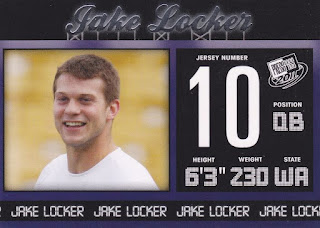 42 - Jake Locker - Hands down one of the most overrated players in the history of college sports. Locker spent his entire career at Washington injured or running around with his head cut off because he had no D-Line. It still doesn't save the fact that he can't throw a straight pass to save his life. 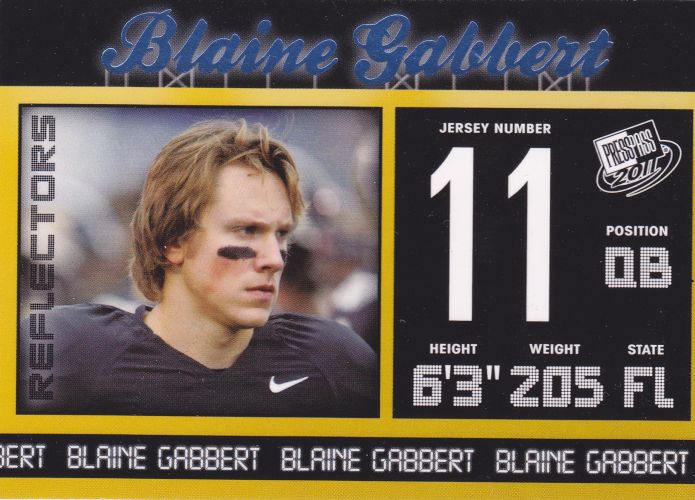 20 - Blaine Gabbert Blue Reflectors - This is some kind of parallel. Gabbert is the coverdude and is presently at the helm of the perennial sinking ship known as the Jacksonville Jaguars. 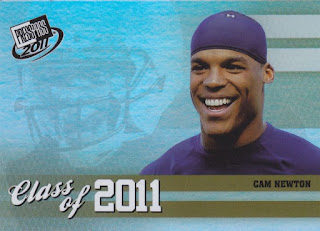 CL-4 - Cam Newton Class of 2011 - The less said about the cheating scumbag known as Cam Newton, the better. At least he's happy! 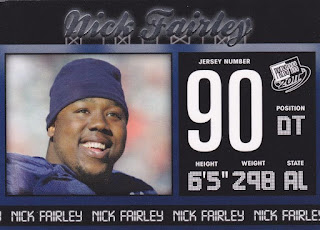 5 - Nick Fairley - Fairley was Newton's monster of a teammate at Auburn.

All of these cards are available. Just ask!

Nice posting, thanks for sharing with us. Your blog is great and helped me feel better knowing about the press pass. Thanks again!

...and I thought nobody out there sees (s)Cam Newton like I do. Very refreshing.