Written by Jafronius at 10:23 PM
Greetings!

Hope everyone had a great weekend, and that you are enjoying the baseball postseason.  This is the first of back-to-back anniversary posts.  This one celebrates my 11th wedding anniversary to my beloved wifey (it was actually yesterday, but you don't post on your anniversary).  The next post will mark the first anniversary of my start in blogging via this website.  Hooray!

Anyway, let's mark the occasion with the newest set on the block, 2012 Topps Update Series! 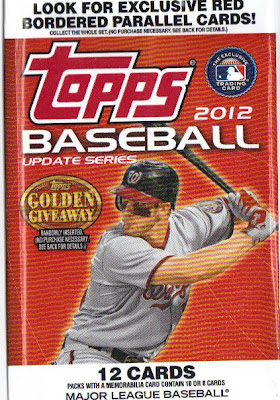 It's the standard 330 card set, released just 4 days ago.  I don't remember if prior Update sets were released on the last day of the season.  Who did we get?

I do enjoy the celebration cards.  We get to see the back of Dotel's card because he was not celebrating with his Tiger teammates. 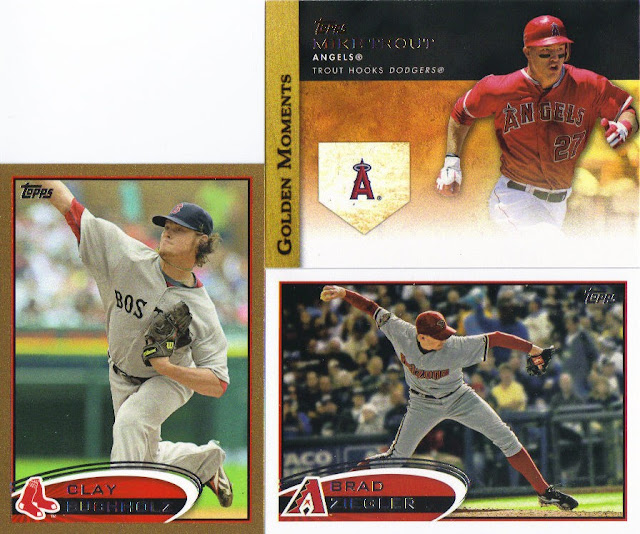 The Golden Moments cards are back, and Topps brought back the serial numbered cards for the Update Series.  I missed them in the first two sets.  There should be a rule that if you are a sidearm / submarine pitcher, your baseball card is always of you pitching.

OK, so we know who brings up the rear in this set.  Way to end on the positive note.

Anyway, that's the pack.  Have a good week...more in a few days.  Thanks for reading!

I had already forgotten about Fuentes being a Cardinal at some point this season.

I think the Update cards are out much earlier than they used to be... I'm too lazy (and late for work) to do the research, but didn't Update used to include postseason cards for the just-concluded season?