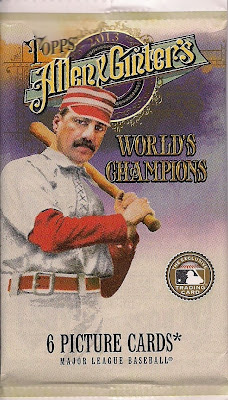 2014 greetings everyone! When was the last time I posted here? One year ago? Two years ago?

At any rate, it's been too long.

This is a simple retail pack of A&G. It wasn't even purchased by me. It was sent to me by jacobmrley of Starting Nine. Thanks very much, Max.

Here's what is inside: 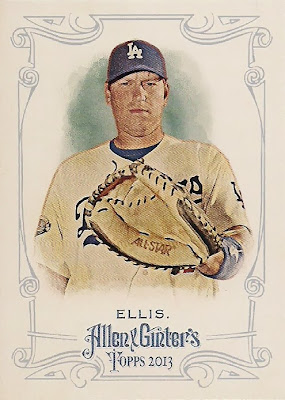 This is an excellent start. This is one of the last two Dodgers that I need to complete the team set. A.J.'s glove is telling you he's an All-Star. But he wasn't. Still, he was a lot better than expected. 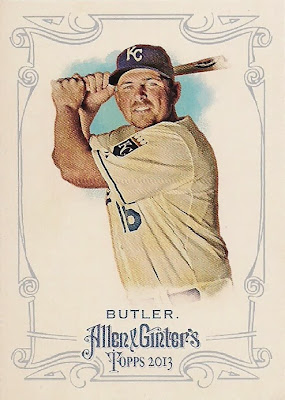 "Country Breakfast" is the greatest nickname in sports today. Whoever started it needs a prize. And please don't tell me it was Chris Berman. 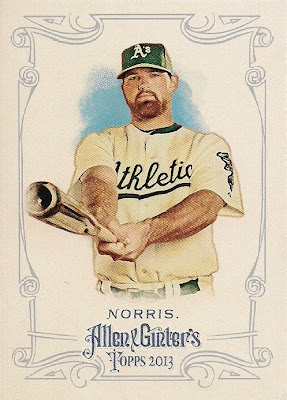 It wouldn't be a pack opened by night owl without an Oakland A's player in it. 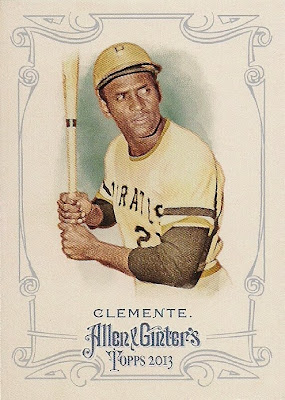 It's still disconcerting pulling cards of legends and middling players like Norris in the same pack. 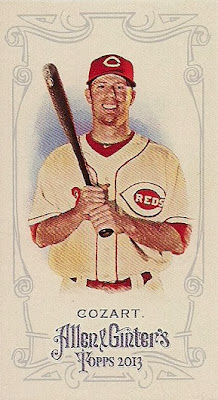 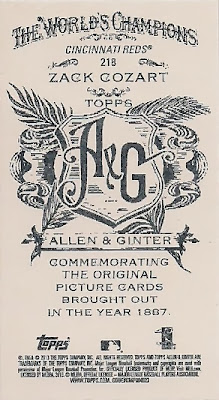 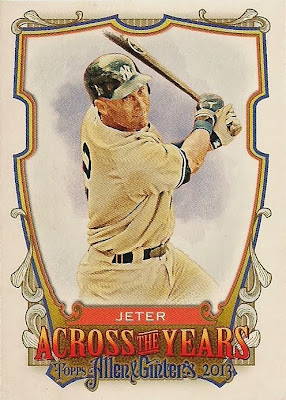 It almost seems like Jeter is retired these days.

Well that was a pretty successful pack. I needed every one of those cards. The Jeter's available if anyone cares.

But judging how no one rushed to get A&G up here, I'm assuming no one does.

Email ThisBlogThis!Share to TwitterShare to FacebookShare to Pinterest
Labels: 2013 Topps Allen and Ginter

Na, Berman would come up with something like "Billy Butler did it" and then he would repeat it at least 5 time a day from now until the end of time. As we all know, jokes are often funnier when they are repeated over and over again.