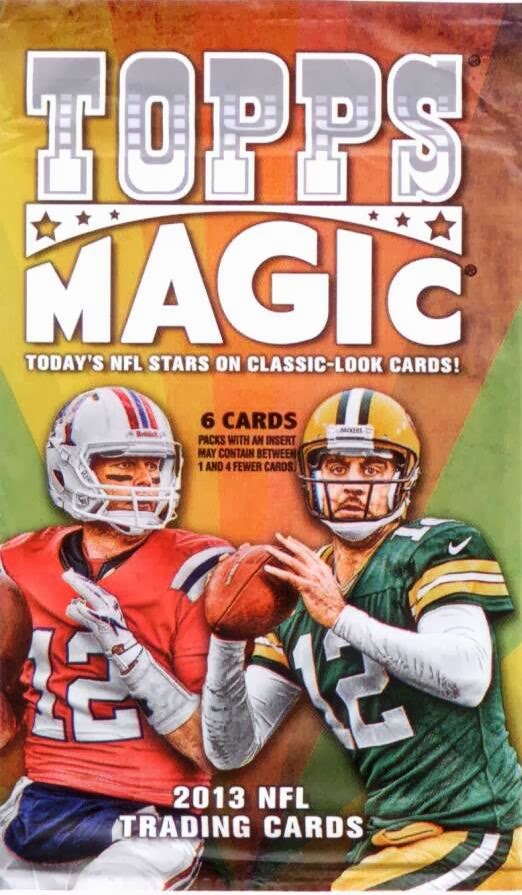 Topps Magic, the Gypsy Queen set of football cards.  For the last several years I've been impressed with the look of these cards, but I've yet to chase building a set...and probably never will.  However I couldn't pass up buying one pack a few weeks back to see what 2013's set looked like.  Plus I hoped to pull a Cam Newton, Greg Olsen or a general Carolina Panthers card.

To me this is just more of the same...which for me at least isn't a bad thing.  I still don't know how Topps pulls off the look of the image, but I love it.  Design is simple and doesn't obstruct the player / action.  Seeing how I didn't really follow the NFL until the Carolina Panthers came into the league in 1995, I could care less for the older players included in the set. 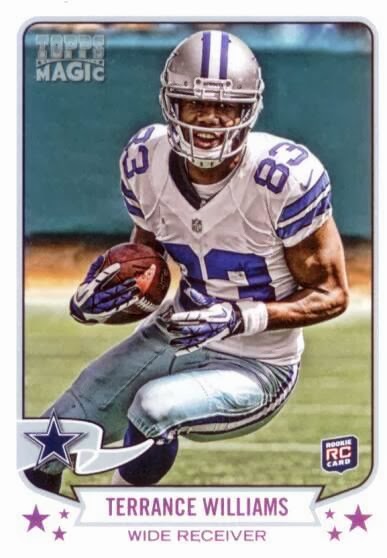 The one per pack minis are still present.  I've never cared as much for these smaller parallels as I like the minis from releases like Allen & Ginter better. 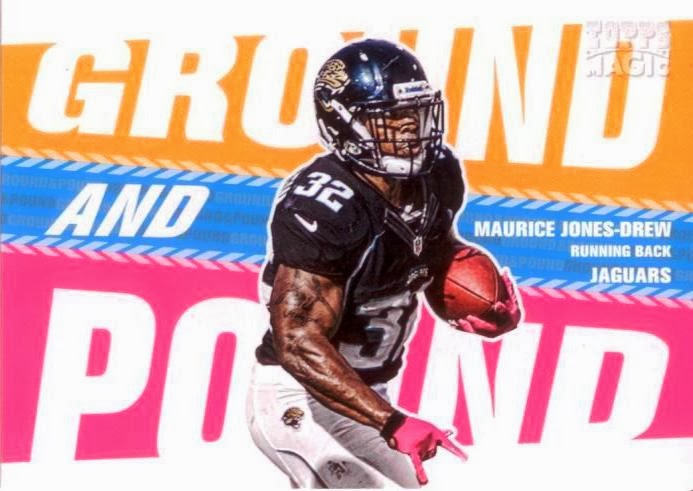 My pack yielded two inserts, the first being Ground and Pound.  Seeded at 1:6 retail packs, this insert set just doesn't do much for me.  Maybe it's the pink? 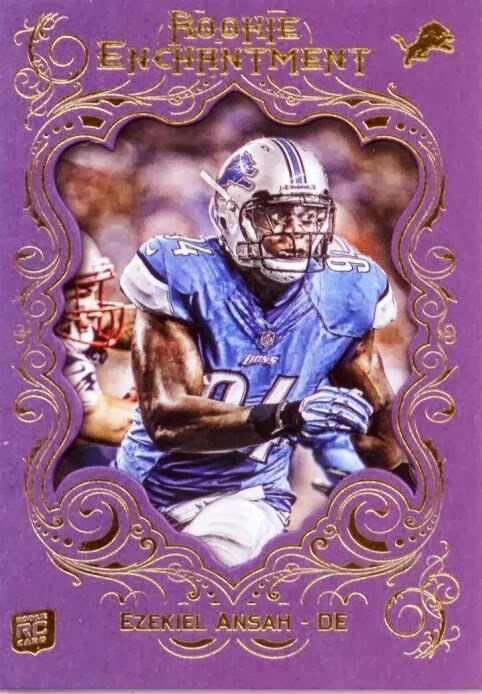 Speaking of Gypsy Queen, these Rookie Enchantment inserts feature the same paper border that Topps first introduced in GQ a few years ago.  While my scan makes the foil look bronze, it is gold foil on purple.