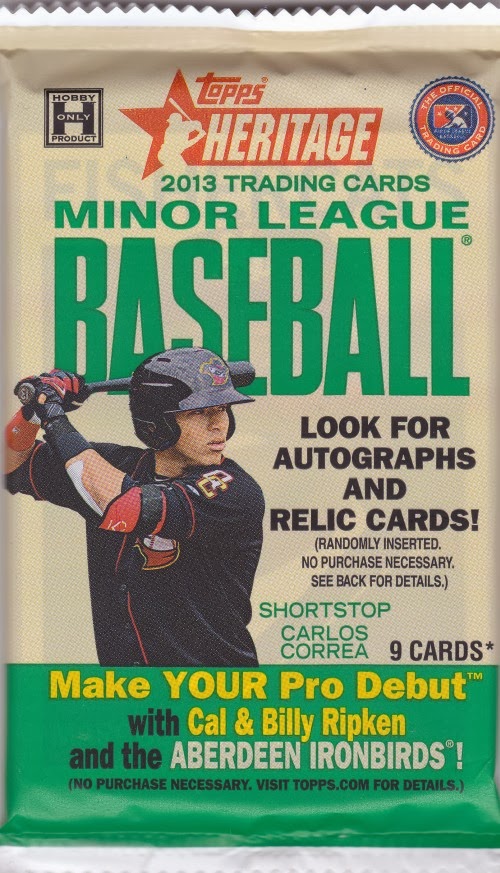 I like minor league baseball cards and I like the Topps Heritage line, but this is something that's generally out of my price range. I was in a hobby store recently to pick up supplies, however, and decided to snag one of these as one of my few impulse buys. 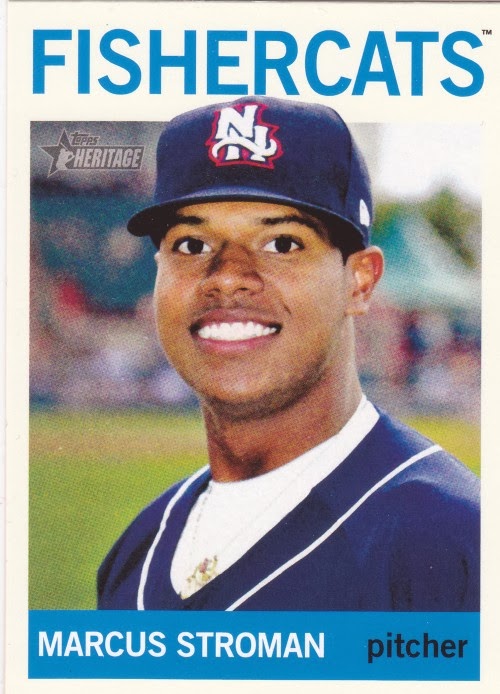 147 - Marcus Stroman - I think my favorite thing about these cards are the minor league team nicknames in huge caps. 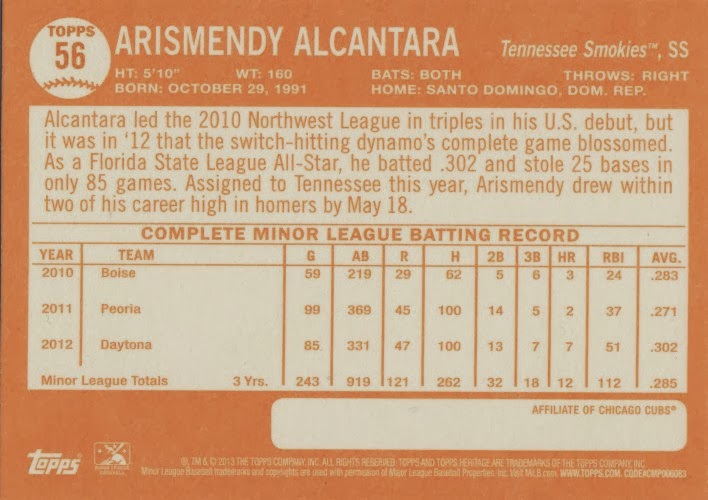 56 - Arismendy Alcantara - As you can see, the backs are similar to the 1964 Topps design as with their big league counterparts. However, instead of the rub-off spot on the back, there's a small space for an autograph. Nice touch. Did they do this with previous Heritage minor league sets? 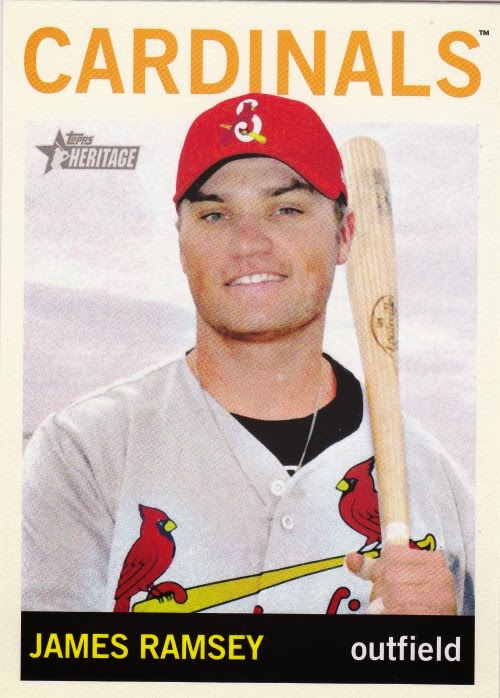 89 - James Ramsey - Well, this pack is already a winner for me. Ramsey is one of the Cardinals top outfield prospects and he'll look good in one of my Cardinals binders. 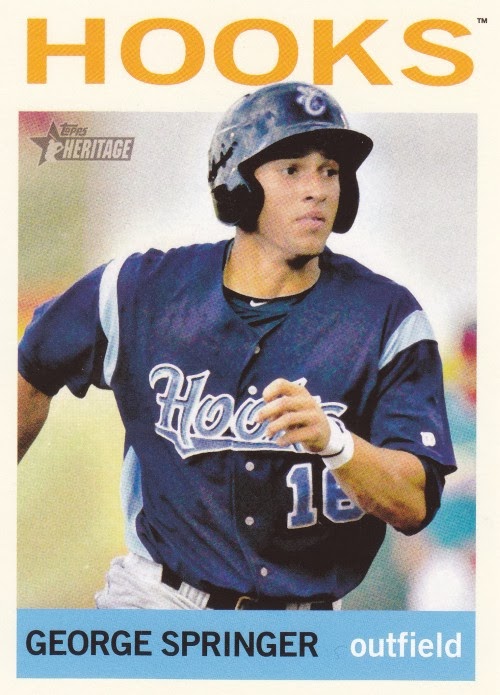 225 - George Springer - Apparently, Topps has carried over one of the most annoying traits of the major league Heritage set to this product in short prints. Springer had a monster year last year and is definitely a prospect to know, so this SP card may turn out to be a pretty good one. 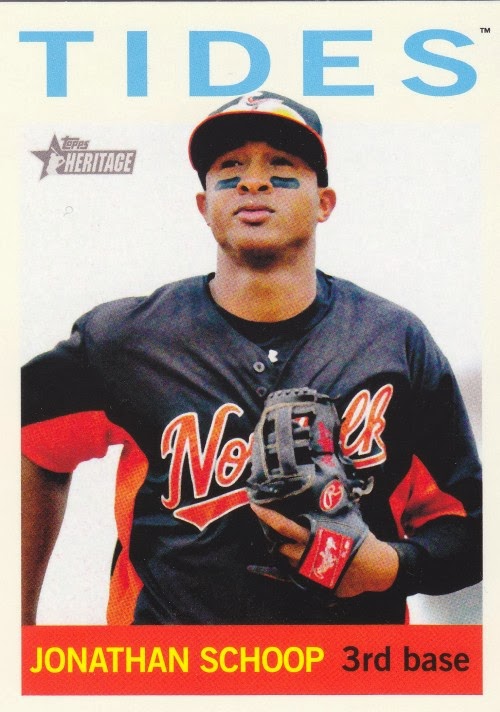 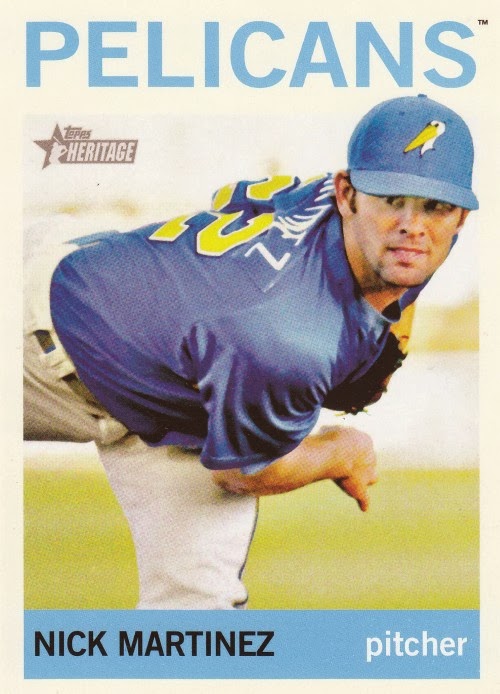 70 - Nick Martinez - There's a baseball Pelicans team, too? And people complained about the NBA team changing its name... 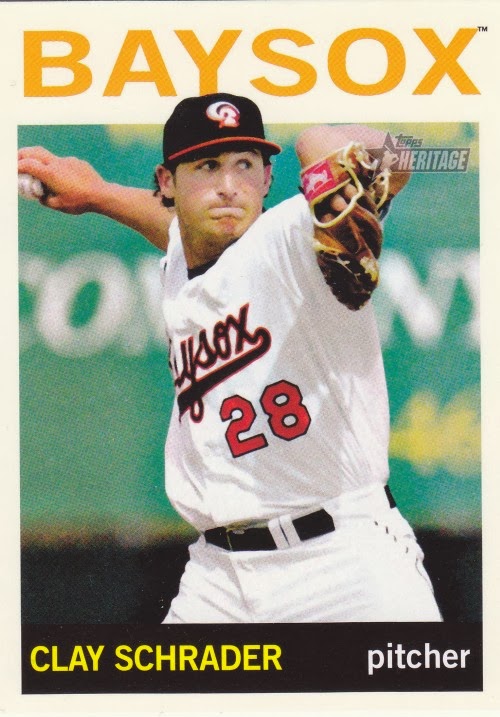 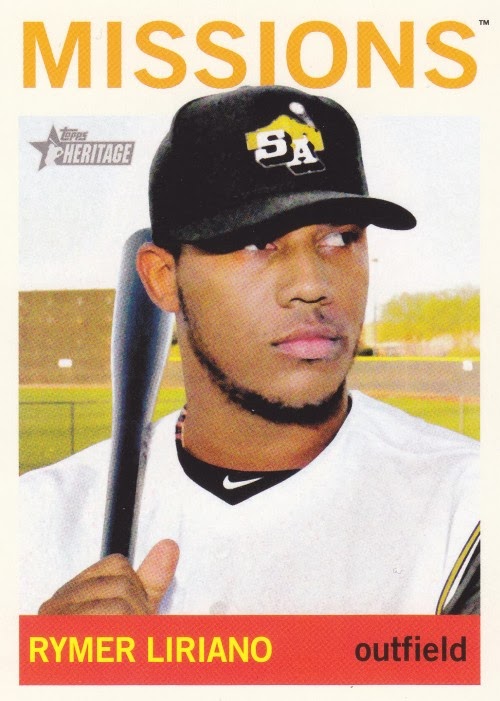 194 - Rymer Liriano - I'm going to be really disappointed if I find out that Liriano doesn't have a rap career on the side.

Rymer Liriano aka: The Rym-nocerous.

I love the logos.

There are two Kyle Waldrops?

Apparently so! This guy is in the Reds system and is younger by about 5 years.