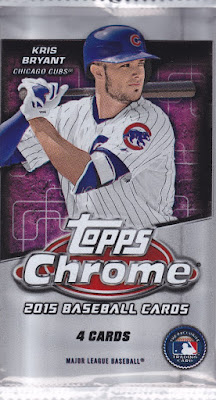 Topps switched a few things up with Chrome this year, but this set is largely familiar. Sepia refractors are the new retail exclusive, replacing orange and/or purple. Prism has replaced the X-fractor that is always so awkward to attempt to spell. Here's my first (non-sepia) pack from the blaster I bought over the weekend. 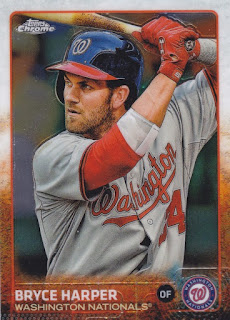 81 - Bryce Harper - Yeah, it's Bryce. Harper has really started to deliver on his athletic promise this year. Does that endear him more to me? Not really. Also, his team has woefully underachieved according to most. 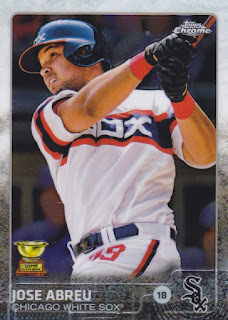 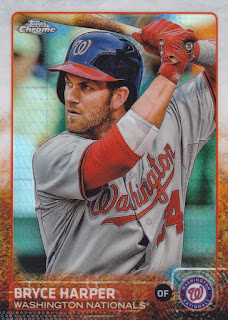 81 - Bryce Harper Prism Refractor - Yeah, it's Bryce. Again. The Prism look is pretty subtle, especially when scanned, but it looks nice in the light as pretty much all refractors do. 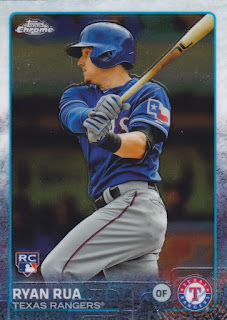 2 - Ryan Rua - Rua is completely unknown to me. He's only logged about 80 plate appearances or so and hasn't produced yet.