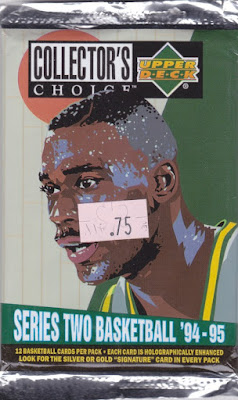 This mid-'90s Collector's Choice set was produced bilingually in several different formats. I posted a pack of the German version a number of years ago. I believe this is the version intended for USA release, although there is copyright information on the back in Italian as well as English. The Italian version has Italian text on the back to go with the English text, however, and this has no such thing on the actual cards. In any case, Shawn Kemp looks perplexed, man. 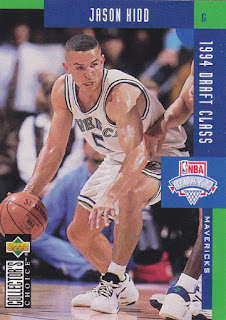 408 - Jason Kidd 1994 Draft Class - In 1994, I was heckling Jason Kidd as he was trolling the Pit Crew (before that name really took hold) in McArthur Court when he was a member of the Cal Bears. We didn't like him. Later that year, he would appear on basketball cards and TV sets as a pro. 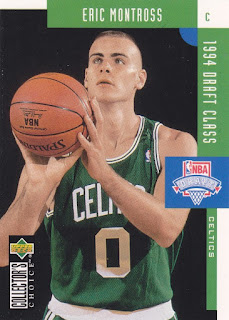 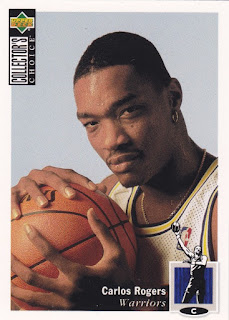 328 - Carlos Rogers - Is he trying to look a little sexy or a little tough? Or maybe a little of both? 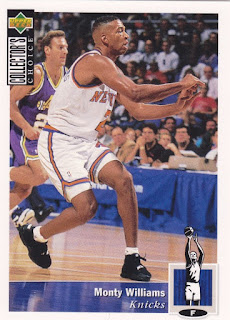 246 - Monty Williams - I have no memory of Monty Williams as a player, but he did go on to coach, first as an assistant with the Blazers and later as the head coach of a doomed Pelicans team. 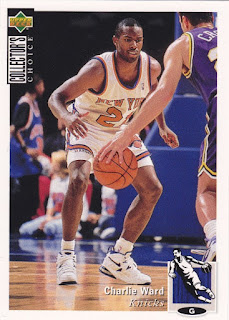 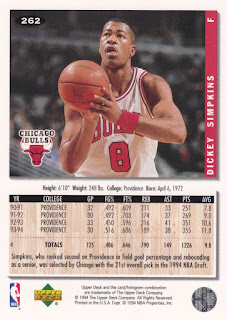 262 - Dickey Simpkins - Here's what the backs look like. What a goofy name. 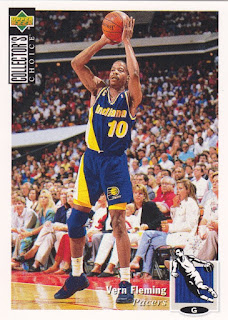 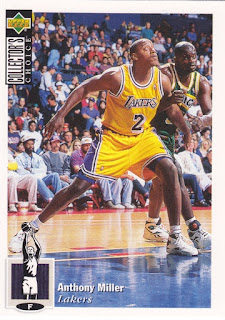 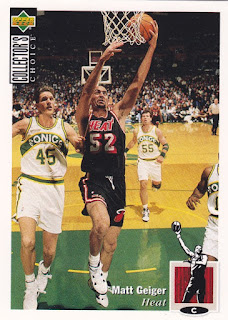 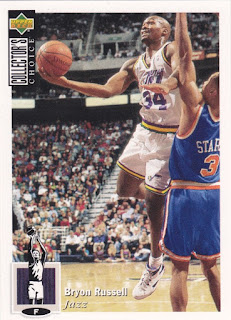 258 - Byron Russell - Russell became a key cog of some of those Jazz teams as the Stockton-to-Malone thing entered the latter half of the '90s. 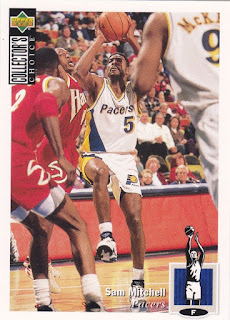 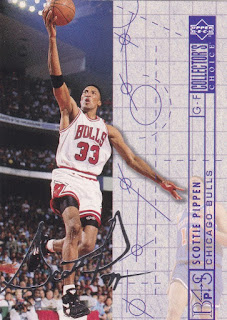