Written by JediJeff at 5:33 PM
We are three weeks out from the first preseason game in the 2015-16 NHL season. Today, let us jump into the wayback machine and set the dial back 8 years. 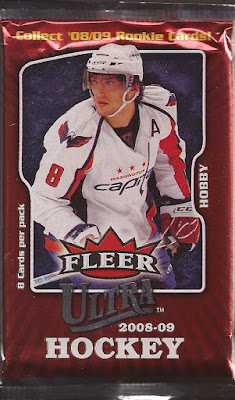 Back into the packs that came from that repack box. It was a gold mine for stuff never posted here. Third year in the league for poster bot Ovechkin, who won his first of 3 (to this point) MVP awards the previous season. He would go back to back with the hardware this season as well. Hobby pack, so we get 8 cards in a pack. 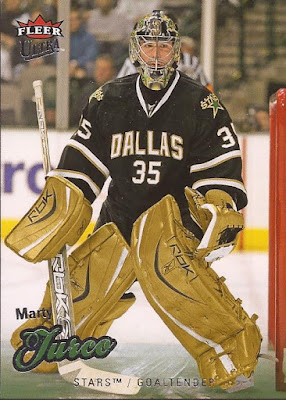 Full bleed, as always, with Ultra. The big thing with Ultra, versus Upper Deck, is the blah photo selections. You certainly know you have the player on the card, but very few images in Ultra will get you excited. The design is clean, though the foil team name and position are almost illegible with the tiny font used. Dallas has a bad campaign and failed to make the post season for the first time since 2002. 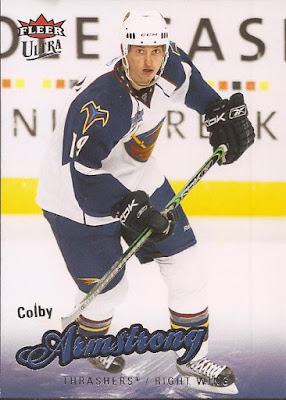 The Thrashers had a rough 08-09, missing out on the playoffs for the 2nd season in a row. 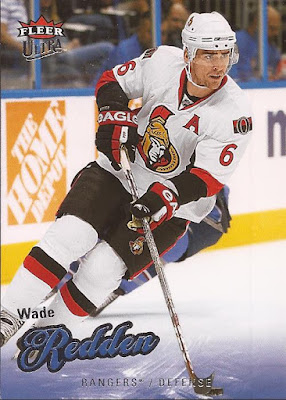 Wade was not with the Sens at the start of the season, signing a contract with the Rangers. The Senators were another team on the golf course the day after the 08-09 regular season ended. 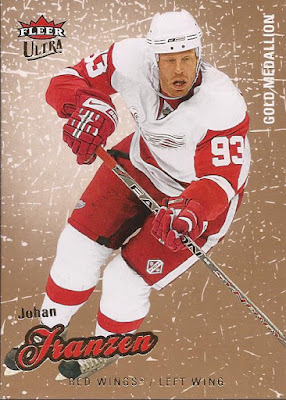 Gold medallion cards fall one to a pack. It's just the base card with a gold background. The Wings made it to the Cup finals in a repeat of the previous season's final with the Penguins. However, as opposed to raising the Cup the previous season, Pittsburgh took it home when the final buzzer sounded. 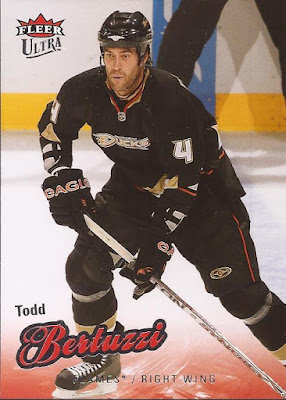 Uhhhhg. This sweaters are the pits, as is Bertuzzi. The Ducks squeaked into the playoffs and took the Red Wings to 7 games, but dropped in the end. 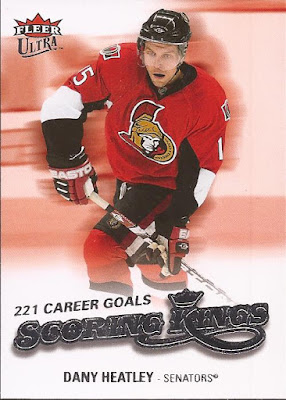 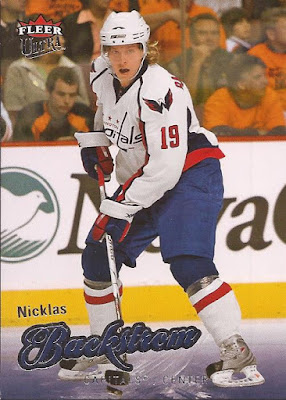 Second year for Backstrom. He helped the club to the playoffs, but knocked out in the 2nd round by the Penguins. 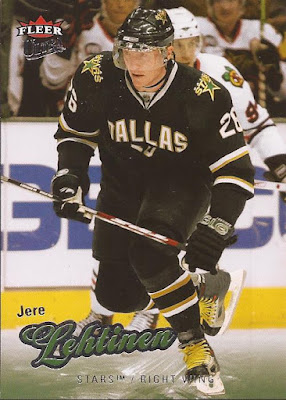 Stars at the front and the back of the pack. Penultimate season for Lehtinen in the NHL, but this one and his final the following year would end without getting any games beyond the initial 82.