Written by Jon at 7:52 AM
Hello everyone! Here's another one of the packs I recently purchased for the paltry sum of 25 cents. This time it is a pack of 1995-96 Fleer NBA Jam Session, these being the second (and last) year of the Jam Session line. With the cards measuring roughly 2 ½ by 5 inches, I believe Fleer was hoping to invoke memories of the tall boy cards from the 60's and early 70's (1970 -71).

Each pack contained 13 cards, which included one pop-up card (25 total) and one die-cut card (parallel set). So let's get to opening: 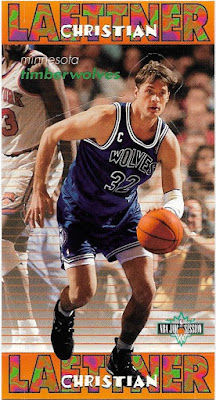 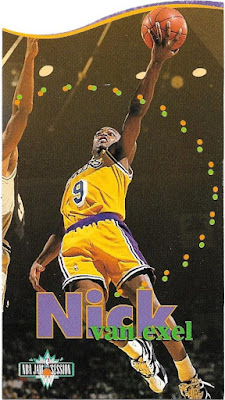 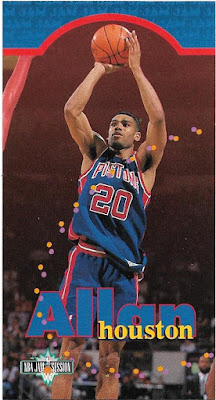 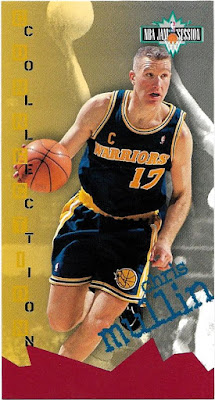 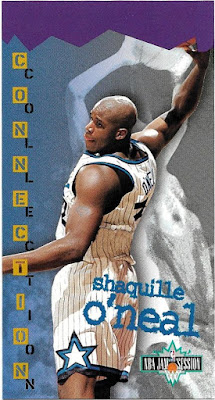 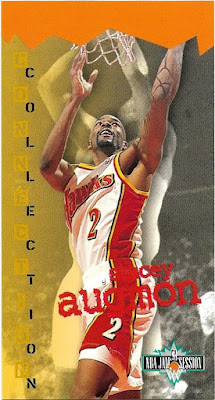 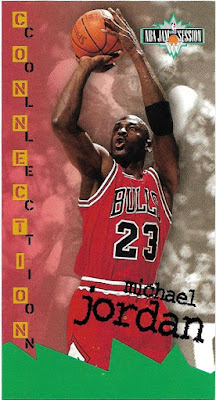 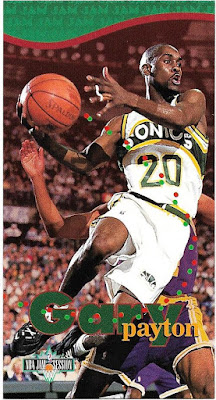 
I guess this would be a good time to show one of the backs: 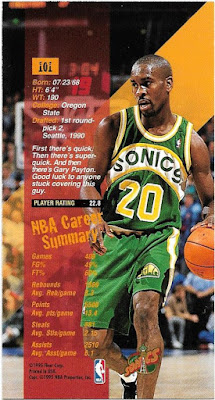 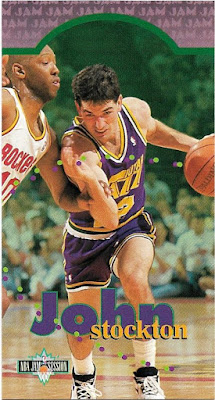 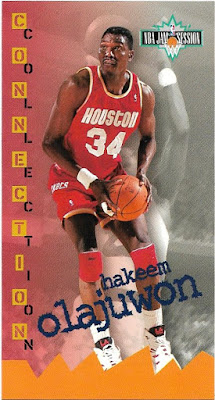 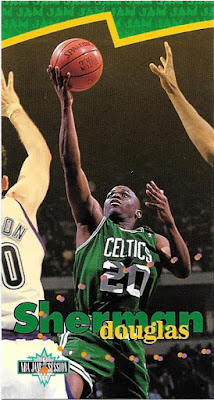 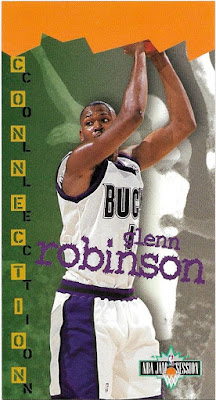 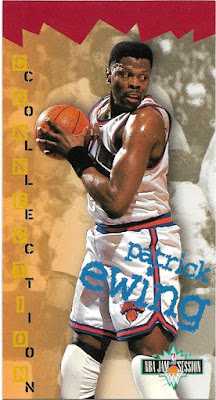 So there you have it! This was a pretty solid pack overall (loaded with hall of famers), in fact all four that I got were. I didn't get a single duplicate in the packs, so with just four packs I was able to get over 1/3 of the 120 card base set. I don't recall ever seeing these during their run, so I really enjoyed opening these. If I can find one cheap, there may be a box in my future.

Nice pack! I remember these well. I loved getting them even though they were tough to store.

Yeah, I can't remember if they had the tall boy pages out at the time or not.

Of the 3 years of Jam Session this one had the weakest design, and also the smallest set. (Both 1993-94 and 1994-95 went over 200 cards). I still bought a box of it though...if you can find one you should get the complete base and pop-up set. This was the only year of Jam Session to have a parallel. I have not seen an unopened pack of these in well over a decade now. Cool post!