Written by JediJeff at 5:38 PM
I don't know if I can say anything nice about Prizm. When you have a set that shops out the background so that it only focuses on the player, that can work when the background is white, or some funky colors. But when the background is chromed/prizmed - wow, it's brutal. At least to my eyes. So let's allow Random to get this out of my scan folder. 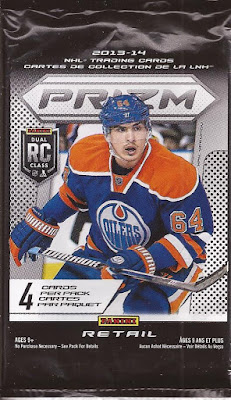 Being this is from 2013-14, it's the year after the strike, so double rookie class. Remember when Yakupov was the hottest thing int he league? Now he wants out of Edmonton. And considering their glut of forwards (that they straight up ruin), he's got the right attitude. If somehow the Oilers win the lottery, I'm going to beat up Bettman. And if they don't, I'll beat him up anyway. But back to the task of this post. Four cards in the pack since this is retail, though I think the hobby was the same number of cards. No hits in the retail - just colored parallels. 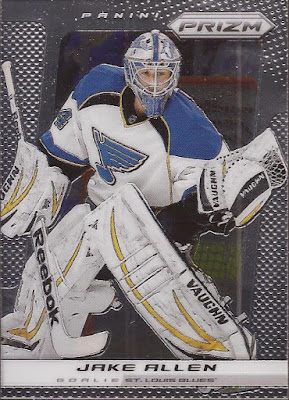 If there is any advantage to Prizm hockey over Prizm baseball, it's logos. Cuz man, when you don't have much to work with, it's dreadful. At least you get nice changes is color, and word marks to improve the look. Dead horse on the Bettman stripes. At least the Blues got the memo starting last season. 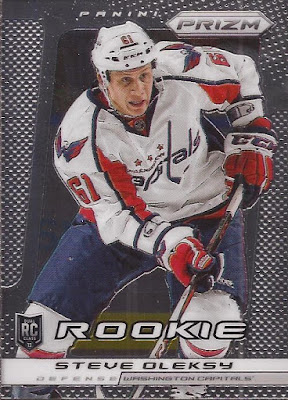 Rookie (obviously) in Olesky. Has just over 60 NHL games under his belt and is currently in the AHL with the Penguins affiliate. 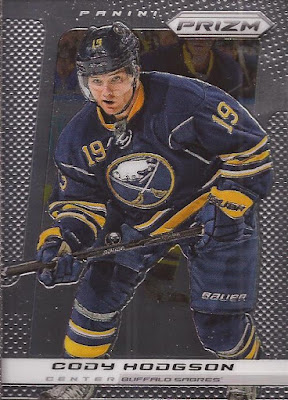 Sabres - a team that hasn't gotten the memo on the stripes, and also dumped their gorgeous alternate for this piece of crap. 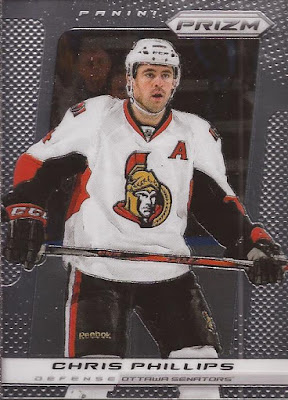 Lastly is Phillps from the Sens. Did you know he was a former #1 overall draft pick in the NHL? I didn't until I punched his name in Google for this post. Entire career spent with Ottawa since being drafted in 1998. For the record, that means the Senators took the blue liner over 2 defensemen with their names on the Cup - Michal Rozsival and Zdeno Chara. 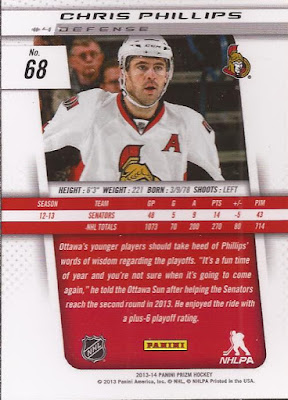 Panini keeps the tradition of the ugliest card backs in the business.

Was I too hard on Panini? Sometimes their releases are decent. There is no Prizm release, though, I would put in that category.

In all fairness to the Sens, Phillips was the most NHL ready at the time because Chara took a while to really find his game. However, Chara certainly ended up being the much better d-man in the end. The second overall pick Zyuzin is a mulligan I think the Sharks would like to take.