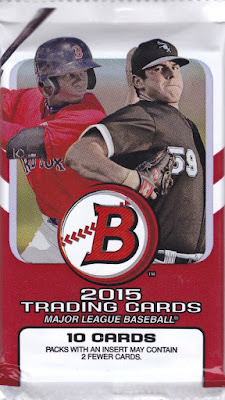 Here's another one from the Packs You Swore You Saw On APTBNL But Didn't vault. Apparently, we never got around to this set. Bowman has a short base set, plus a Prospects set and a Chrome Prospects set. It's the usual deal, although they went heavy on the prospects and light on the main set last year for some reason. 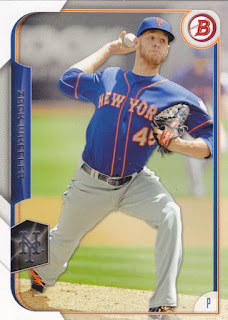 14 - Zack Wheeler - Sorry Mets fans. Zack Wheeler and Matt Harvey will never be healthy at the same time. Their contracts secretly forbid it. 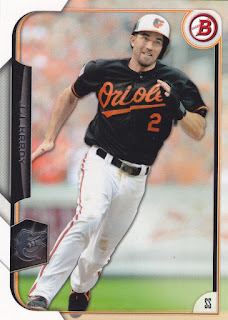 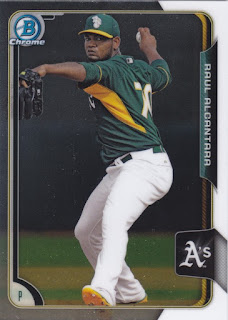 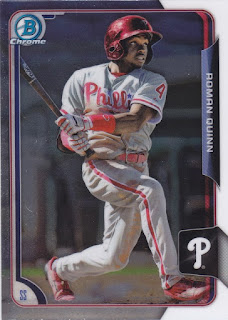 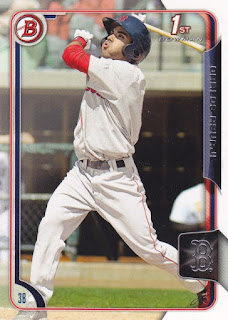 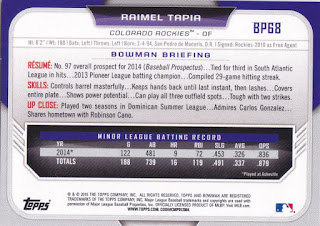 BP68 - Raimel Tapia Prospects - Here's a look at the back. You've been briefed. 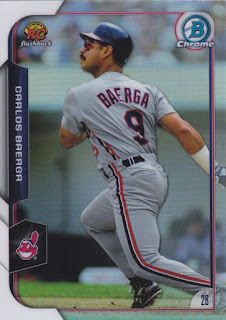 RRI-CB - Carlos Baerga RC Flashback - This is an interesting insert card. It's a refractor and it feature's Baerga's minor league stats and "Bowman Briefing" on the back as if it were 1990 all over again, but the design is current. 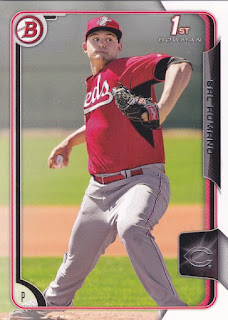 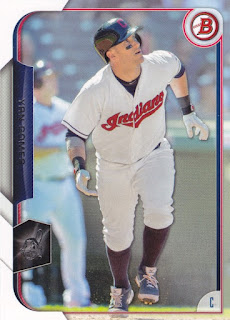 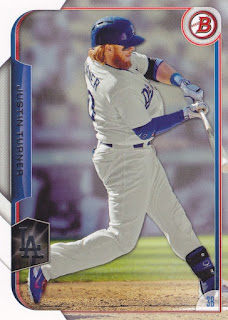 Email ThisBlogThis!Share to TwitterShare to FacebookShare to Pinterest
Labels: 2015 Bowman